Woman accused of stabbing man during robbery in Miami

Hurricane Lorenzo is weakening as it heads in the general direction of the Azores islands in the northeast Atlantic Ocean. Large swells from the giant hurricane are propagating all the way across the ocean and impacting the East Coast -- but north of Palm Beach County on the Florida coast.

LORENZO is no longer its record-breaking self, but it is still a threat to the Azores islands -- a territory belonging to Portugal, but well offshore of that country. The storm is tracking over relatively cooler water, but the upper winds still appear conducive enough for Lorenzo to remain unusually strong and large for tropical systems in that part of the ocean.

Lorenzo is forecast still to be a hurricane when it is in the vicinity of the Azores late Tuesday or on Wednesday. After that, it will transition into a North Atlantic winter-type storm and may affect the British Isles late in the week. The exact impact there is still uncertain. 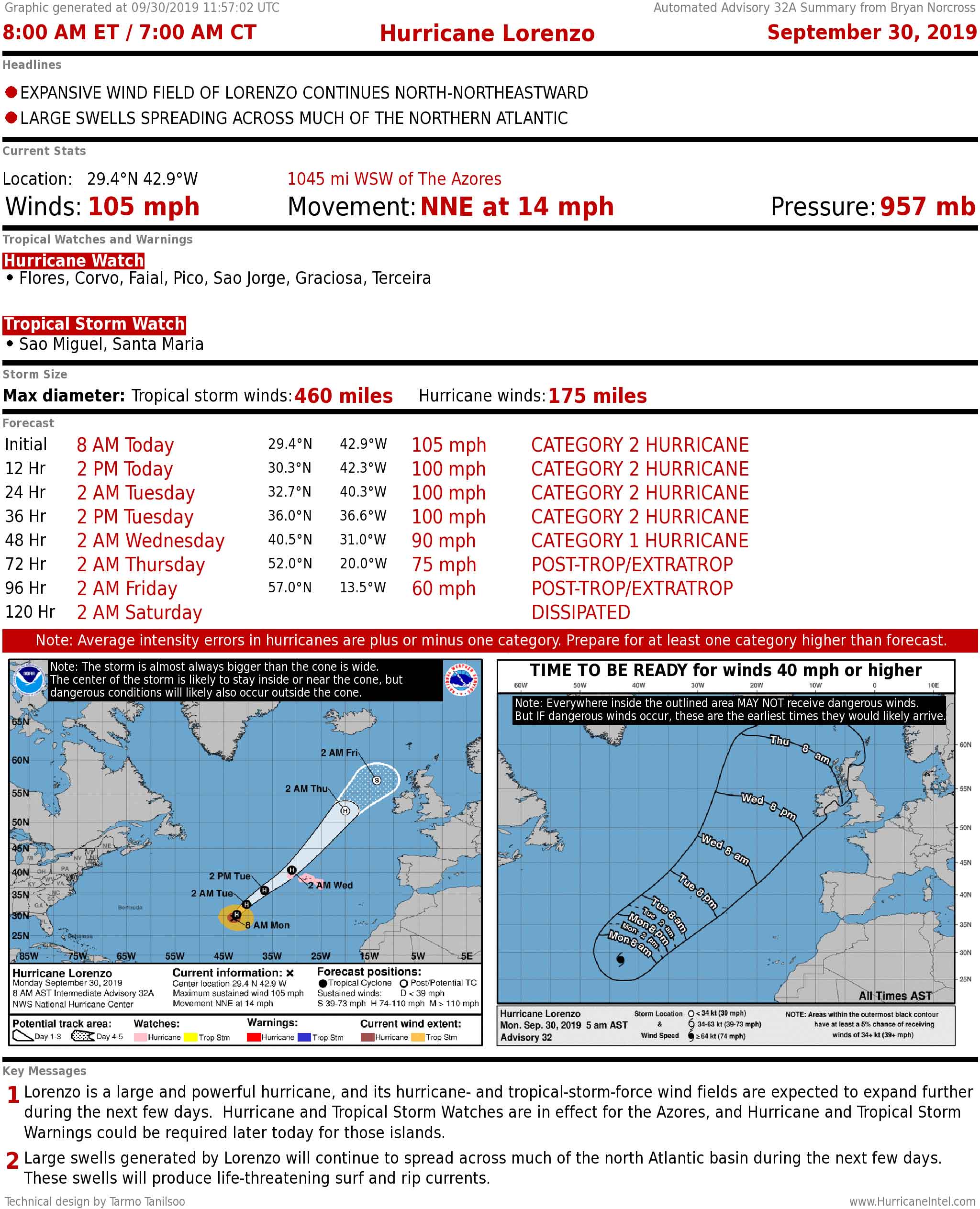 This is a case where the skinny forecast cone does not tell the story, since the hurricane is so large. The winds extend far outside the cone. The area of the potential effect of high winds is captured in the "time to be ready" graphic.

Energy from the giant circulation is radiating out across the Atlantic Ocean. Strong swells are causing dangerous conditions in the ocean along unprotected shorelines, including the East Coast of the U.S. South Florida is protected from the swells by the Bahamas, but up the coast, north of the Palm Beaches, the water height is being elevated because of the extra push of water caused by Lorenzo.

In SOUTH FLORIDA, mid to late week a moisture surge is forecast to move through. Some moisture from ex-KAREN and ex-JERRY, which have essentially merged together, may be part of that weak system. No consequential weather is forecast -- just an increase in clouds and rain coverage.

That moisture surge will move into the Gulf of Mexico. There is a very slight chance it might try to become a more organized disturbance there before it runs into the Mexican coast.