MIAMI BEACH, Fla. – The nouveau riche 29-year-old Russian who was recently ridiculed for writing a column about how to manage household staff is set to host her Miami housewarming party this week.

Housekeepers, cooks, security guards, gardeners, drivers, nannies, maintenance workers, wardrobe attendants -- and more importantly party planners -- will need to be managed. Maria Baibakova's infamous fail on her tips on how to do that will not dissuade her friends from attending her party.

Billionaires willing to spend as much as $18 million in one piece of art have confirmed they will be attending. They are in town for the $3 billion in art on display at the Miami Beach Convention Center during the biggest modern art fair in the country running through Sunday. The list of invitation only parties is long this week, but Baibakova's party ranks as special.

"Her parties are always A-list and I'm looking forward to seeing new acquisitions to her family's impressive collection," Doreen Remen said on Harper's Bazaar. "I don't know of any other Miami parties that offer boat transportation for guests."

Never is the wide gap between the rich and poor more obvious in Miami than during Art Basel week. Immigrants running away from extreme poverty in countries like Haiti and Honduras continue to find refuge in the hot city. And they often end up working as household staff for women like Baibakova. This week they will be working with catering, delivering flowers, driving guests, carrying furniture and cleaning after events.

The fair is a boost to the local economy. Along with the fair's 267 galleries, there are about 4,000 artists from 31 countries rushing to network in restaurants and bars. Miami Opa-Locka Executive Airport is preparing to welcome hundreds of private planes, as an estimated 75,000 flood in.

Baibakova stands out in the art world crowd.

The Art Basel Miami Beach VIP gained her status in New York by building an art collection. And she kept her reputation, as she helped top art dealers connect with many of the Russian oligarchs who were entering the contemporary art market during the early 2000s recession.

Baibakova remains a good ally. At Art Basel, the world's top art dealers are counting on selling treasures ranging from a $5.5 million Jean-Michel Basquiat, a $6.3 million Chrispher Wool to a $18 million portrait of Mao by Andy Warhol.

As the head of Baibakova Art Projects, the Russian heiress is on the boards of various museums such as Tate Modern in London. The New Yorker's Julia Ioffe said in 2010 that she had the potential of becoming "Russia's Peggy Guggenheim."

Baibakova used to have her Art Basel Miami Beach parties at a Setai penthouse. In 2012, at a party on the 38th floor, she wore a black Stella McCartney dress and told Bloomberg art market reporter Katya Kazakina that all of the guests who were there were her personal friends.

"Miami Basel is an opportunity to catch up with them," Baibakova said at the party.

This year she will welcome them at her home. The eldest daughter of mining oligarch and real estate tycoon Oleg Baibakova is one of the estimated 10 percent of Russians who makeup the real estate market in Miami. The Russians have invested mostly in Star Island, Indian Creek and Fisher Island.

Baibakova infamous household tips were published on Tatler magazine for the Russian oligarchdom earlier this year. Baibakova apologized in October and said on Facebook that her message was about "running a household like a corporation."

The Russian Harvard Business School grad strongly advised against hiring immigrants from the Philippines, because of their "dumbness." She said they will require that you become a "nanny or an interpreter" and described them as shifty.

"Translating the reason for her frequent migraines at the doctor's will fall to you personally," she said.

Employees working at her Miami home or at her parties may expect, as she said on her Tatler column, not to be treated as equals and if something goes wrong to be fired "without giving time for excuses and tears." 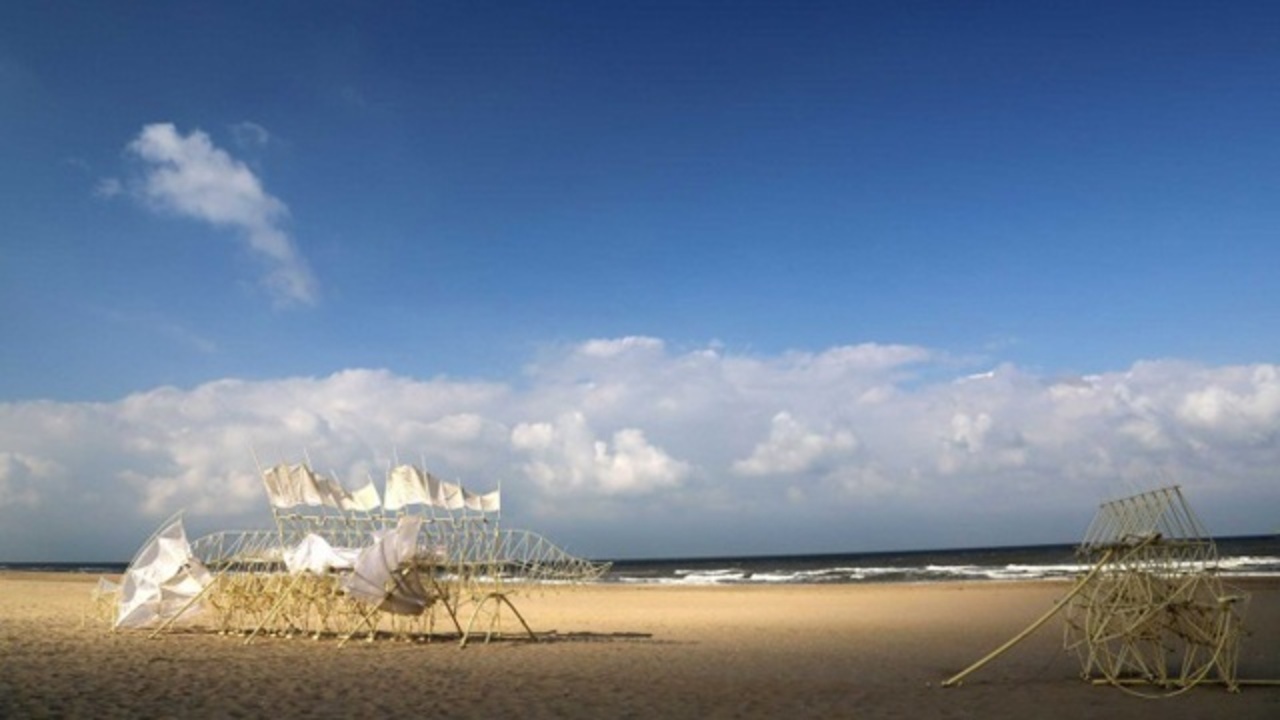 Dutch artist brings three of his self-propelling sculptures to Collins Park in Miami Beach during Art Basel week. His sculptures are known around the world as beasts that respond to wind and are built of light materials that allow. Learn more >>