DORAL, Fla. – Crunchy on the outside with melted Swiss cheese over mojo-marinated pork, the classic Cuban sandwich is a masterpiece that Miami Mayor Tomas Regalado takes very seriously.

On Saturday during the annual Cuban Sandwich Smackdown, Regalado issued a proclamation for "El Sandwich Cubano." He declared that the month of March belonged to the tasty fast food.

Regalado chose the month to mark the second year of the Best Cuban Sandwich in South Florida competition at Sergio's in Doral. Winners will compete at the International Cuban Sandwich Festival in Tampa later this month.

"Just know, Salami does not belong in a Cuban sandwich," said Regalado, who was born in Havana and moved to Miami when he was 14 through Operation Peter Pan.

Eight judges, including Regalado and Local 10 News Andrew Perez, who is Cuban-American, took their jobs seriously.

They tasted a parade of sandwiches. There were different ratios of cheese, smoked sweet ham and roasted "lechon," crunchy pickles, tangy mustard and puffy buttered bread.

The winner of the traditional category:  The Cuban Press Gourmet Food Truck. It was a very "savory"  sandwich, Perez said.

The winner of the non-traditional category: Sergio's Croqueta de Chorizo Cuban Sandwich. It was Perez's favorite. 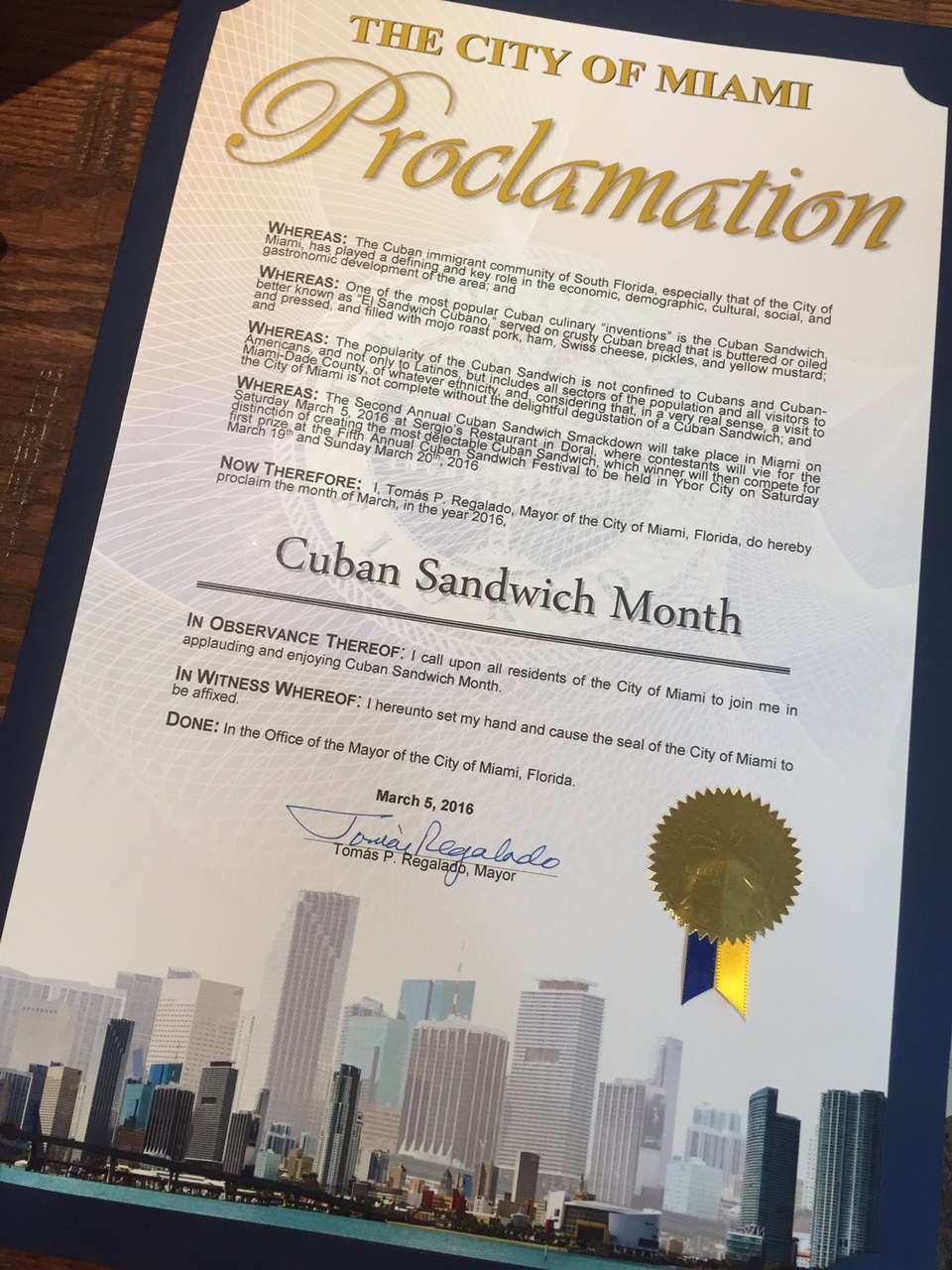