ORLANDO, Fla. – A Broward County teenager has survived a brain-eating amoeba infection after being treated at a hospital in Orlando.

The 16-year-old, identified as Sebastian DeLeon, is one of four people in the last 50 years known to have survived an infection of Naegleria fowleri, which the Florida Department of Health believes the teen contracted the first week of August after swimming on private property in Broward County.

A hospital news release said the teen had been vacationing in Orlando with family when the teen was admitted to Florida Hospital for Children on Aug. 7.

Sebastian's mother spoke at a news conference Tuesday at the hospital, thanking God and the doctors for saving her son's life.

"We are so thankful that God has given us a miracle through this medical team and this hospital for having our son back, having him full of life," Brunilda Gonzalez said. "He is such an energetic, adventurous, wonderful teen and we are so thankful for the gift of life."

Gonzalez said her family has been in Orlando for two days when Sebastian was taken to the emergency room because he had a headache so severe that it hurt him when he touched it.

The amoeba was found discovered quickly after he was admitted, thanks to the quick thinking of the pediatric emergency room doctor, lab technician and ICU specialist.

Sebastian is the fifth person out of the 138 people who have contracted the amoeba in the world to survive the infection, something is doctors feared would not happen.

"I had to tell them to say their goodbyes," Dr. Humberto Liriano said. "I don't know if he will wake up. The moment we took the tube out he said two words, and so that moment we knew he was OK."

The drug that saved Sebastian's life is manufactured in Orlando. It was brought to the hospital within 12 minutes of doctors diagnosing the teen with the amoeba.

Naegleria fowleri is an amoeba found in warm freshwater with a fatality rate of more than 97 percent. It typically gets in the human body through the nose.

Health officials are investigating Sebastian's case and have not identified the area in Broward County where Sebastian was swimming. 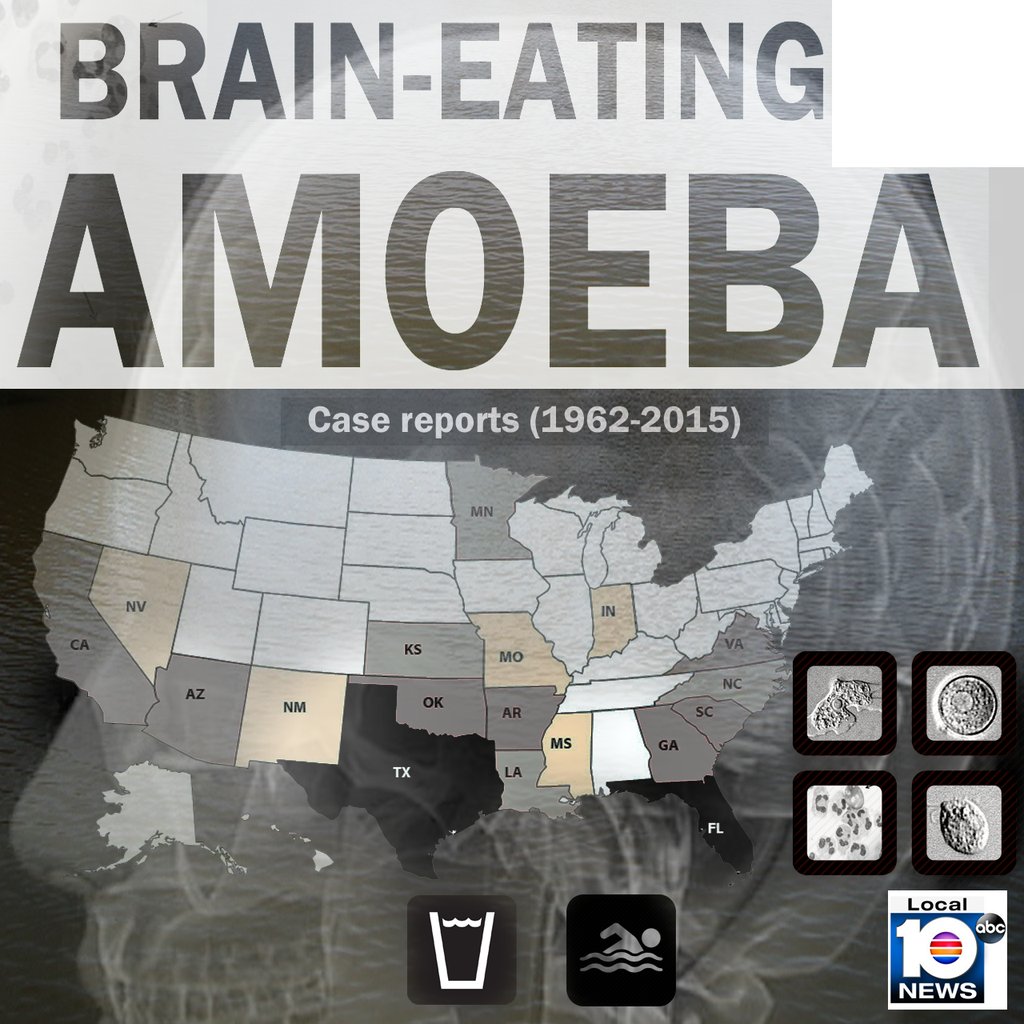