CORAL GABLES, Fla. – Sigmund "Ziggy" Knaul was 15 when the Nazis branded him at Aushwitz-Birkenau, an extermination camp built in occupied Poland. About 1.1 million people, the vast majority of them Jews, were killed there during the Second World War.

After five years of terror there, the emaciated prisoner escaped. By the time Europe was liberated in May 1945, his parents were dead. He was among the tens of thousands of displaced Holocaust survivors who immigrated to Canada.

Knaul was a father when he was diagnosed with stomach cancer at 60. His daughter, Felicia Marie Knaul, was 18 when she saw the terror from Birkenau come back to haunt him at the 17th floor of the Mount Sinai Hospital in Toronto. He died in 1984.

"I searched for a career that would allow me to do something along human rights," Knaul's daughter said. "I was interested in improving access to health care and that's why I ended up studying economics."

Decades later, she would come to learn more about pain. She had earned a doctorate in economics from Harvard University and was a senior economist at the Mexican Health Foundation, when she showed up to a small primary care facility in Cuernavaca, Mexico, for her first mammogram. The 41-year-old mom was in a rush to go to a meeting, but she never made it. She was diagnosed with breast cancer.

More tests would later reveal the tumor in her left breast was a highly aggressive HER-2 positive invasive breast cancer. The cancer cells had not spread to her lymphatic system, so it was a stage II cancer. The most deadly is stage IV, when cancer cells compromise organs and bones.

Knaul is married to Dr. Julio Frenk, who is now the sixth University of Miami president. During his time as the former Minister of Health of Mexico, the physician was the architect of the universal health care reform known as "Seguro Popular." He and their daughters -- 11-year-old Hannah Sofia and 3-year-old Mariana "Maha" Havivah – were her motivation to push through the denial that often comes after diagnosis.

Knaul underwent surgery to remove her left breast, chemotherapy and hormone therapy. During her experience with the grueling treatment, she often thought about her father’s suffering and perseverance. It is important "to live the moments that you can to the fullest," but it is also important, she said, "to accept the feelings that one has that are associated with battling a disease -- some of which are very dark."

Knaul, 51, said she learned women need to give themselves the space and the opportunity to work through their feelings. For some breast cancer patients, addressing mental health during treatment can mean joining a support group, undergoing a psychiatric evaluation and receiving therapeutic care.

The field of psychosocial oncology, which focuses on the psychological aspects of the disease, continues to expand its integration into clinical care worldwide. The American College of Surgeons started to require cancer centers in the U.S. to have a psychosocial program in 2015. This comprehensive standard of care is rarely available in Latin America. It was not available for Knaul in Mexico.

These are the type of disparities that continue to concern Knaul, who said there is "an incredible amount of avoidable death, pain and suffering and avoidable illness in the world." She also believes there needs to be more global health equity. Early detection and proper treatment of breast cancer is important, she said, but so is access to more humane hospice care and palliative care.

While she was undergoing treatment, she launched Tomatelo a Pecho, an initiative to train promoters to educate women in areas where there is limited access to health care in Mexico. Tomatelo a Pecho, a metaphorical phrase in Spanish that means to "take it to heart" or to "make it a priority," was also the title of her first autobiography published in 2009.

That same year Frenk was appointed dean of the Harvard School of Public Health and Knaul became an associate professor at Harvard Medical School and the director of the Harvard Global Equity Initiative, a research center focused on reducing global health care disparities.

Knaul, who is now also a Department of Public Health Sciences at the Miller School of Medicine professor, wants to implement programs to help underprivileged women in South Florida. She believes the health promoter system can be of great help to undocumented women who have limited access to health care, but she said it has been tough to get financial support for that type of work.

"Something of the genocide that happened to my family is being converted into helping others who are going through torture, not genocide, but torture," said Knaul, now the director of the UM Institute for Advanced Study of the Americas. "Not having access to health care is the equivalent of passive torture. Denial of pain medication is a form of torture. It’s a human crisis."

More than 25 million people die in agony every year worldwide, because of lack of access to morphine or palliative care, according to a special report from a commission set up by the Lancet medical journal. Knaul and Frenk were among the authors of the commission's three-year inquiry published Oct. 13.

The commission estimates it will cost $145 million to deal with the "pain divide" with "essential packages" that will including immediate-release morphine in tablet form. Ibuprofen and acetaminophen are not enough to alleviate the chronic pain that comes from dying of cancer.

Knaul said witnessing her dad suffer from inadequately treated cancer pain changed her. With her mother Marie Knaul and 15-year-old brother Jonathan's permission, she administered morphine despite the doctor’s reluctance to prescribe it. He died four months after diagnosis. Knaul remembers he was at peace.

"Palliative-care patients should not be tortured by pain when the drugs are so affordable," Knaul said. "This pain divide can be closed. There just needs to be a global will to do so."

Photos are courtesy of Dr. Felicia Marie Knaul and were part of her presentation with Tomatelo a Pecho. 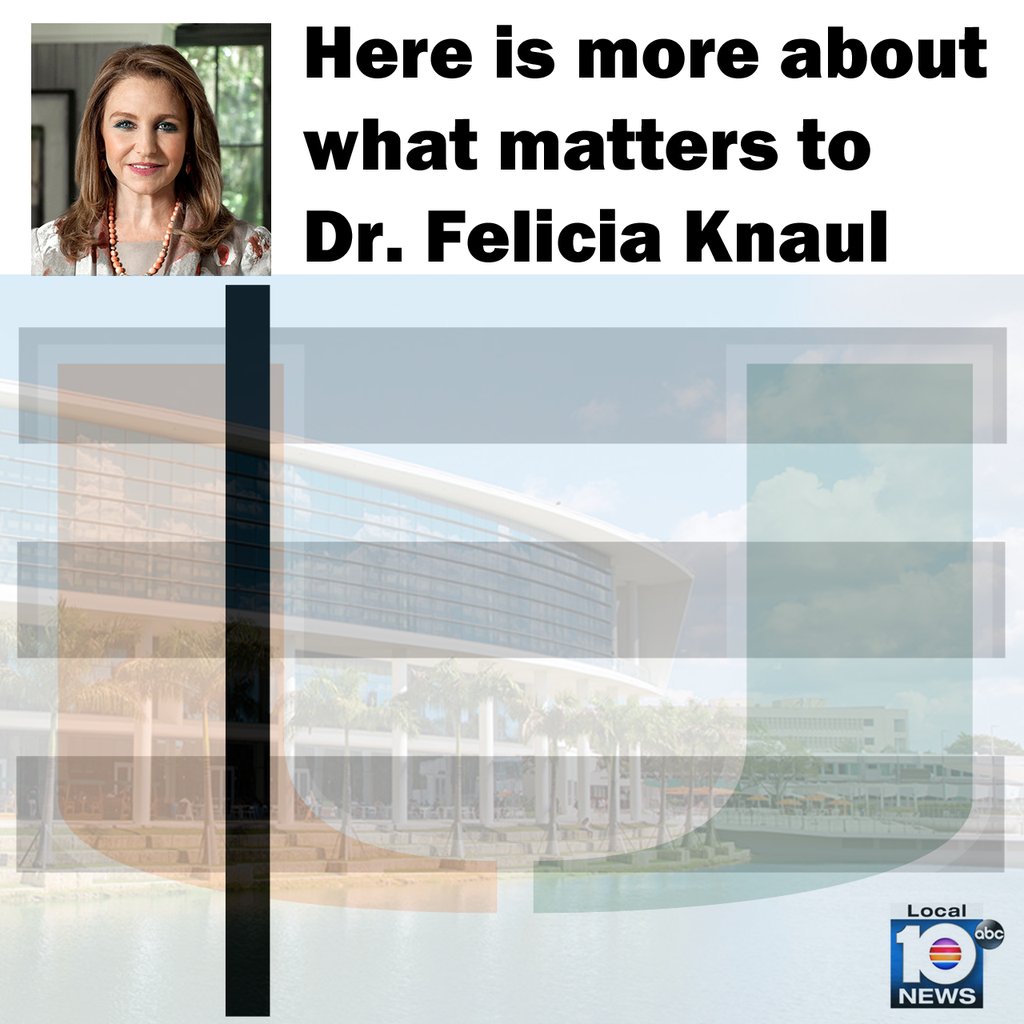