Cause of death revealed for decapitated manatee, but questions remain as to why it happened

KEY WEST, Fla. – A young Key West entrepreneur is nominated for the Forbes 30 under 30 list for video production.

Corneil McIntosh, 23, is representing Florida in the Social Revenue Contest against two other nominees, from Georgia and California. The contest measures how much monetary income each candidate's companies make, and the winner lands a spot on the Forbes 30 under 30 list.

After graduating from Key West High School, McIntosh attended The Actors Scene in Atlanta, where he studied film production and script writing. He was a mentee of Tyler Perry's casting assistant, Shon Middlebrooks.

McIntosh started an Instagram account in 2015, when he posted his videos of the coverage he recorded at different events, creating a fan base for his work. His mother, Jo'Ann McIntosh, told Local 10 News that he has been showing talent ever since he was 11 years old.

"He was always on the go and trying to reach his career," Jo'Ann McIntosh said. "I see him being very successful. He's a very good boy and very intelligent. He definitely is going to reach his goal. He will not stop until he reaches his goal."

McIntosh contacted a few individuals for guidance and established a good relationship with Brywood Enterprises. His company gained revenue through advertising, distribution and pay per click. The more videos that are seen, the more revenue M&E acquires.

"When I noticed Nicki Minaj, T.I., Mary J. Blige and others within the entertainment industry starting to like and comment and respond to social media posts I share, that's when I knew I could turn M&E into a major business venture," McIntosh said.

"When someone tells you no, keep going. Just keep moving," McIntosh said. "Don't allow the word 'no' to stop where your vision is." 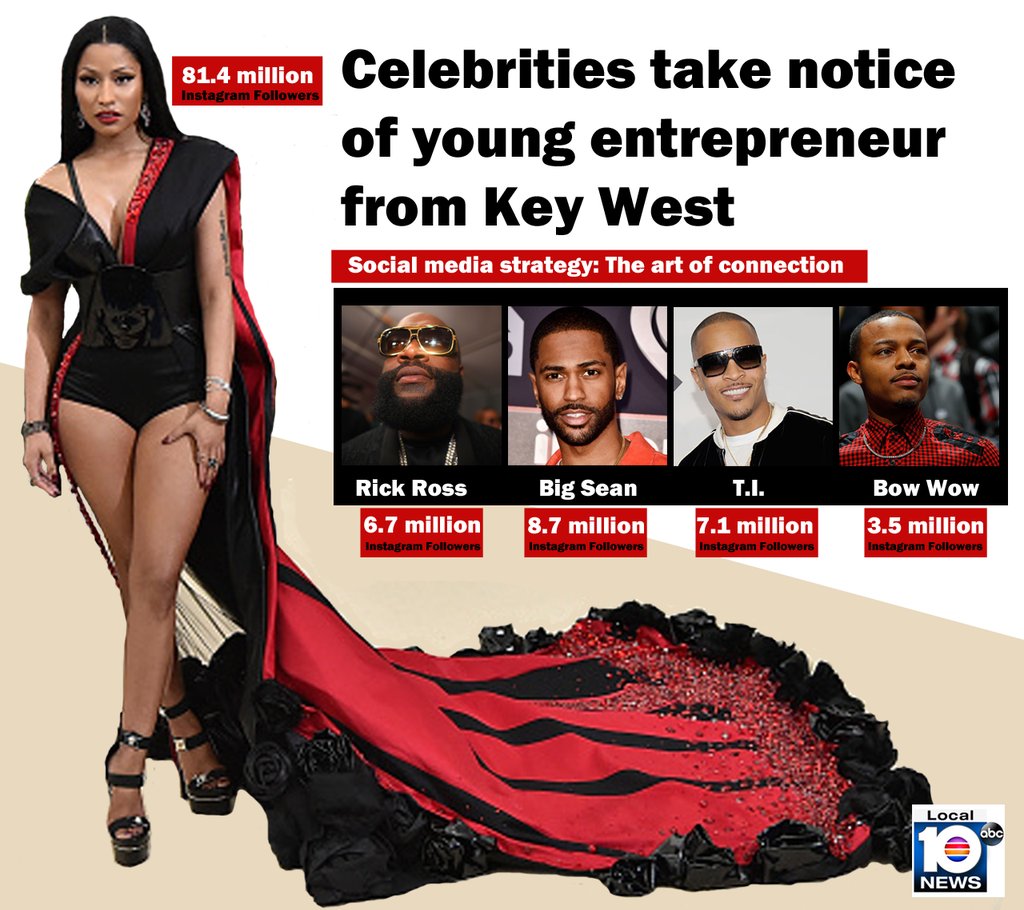