Gyms, spas to reopen next week in Miami-Dade County 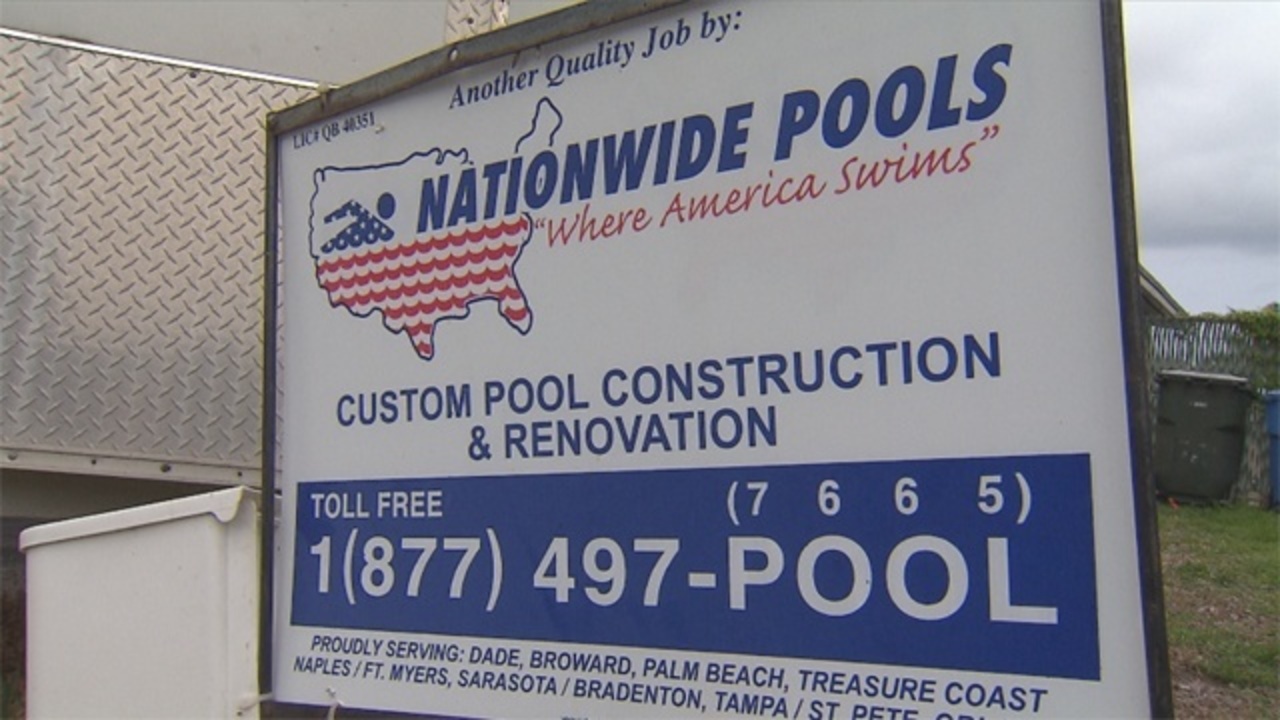 A Nationwide Pools customer claimed the company hasn't been out to his house in two months -- leaving his pool unfinished -- despite paying the company $32,000.

"I wanted it to be a little bit of paradise," said Shawn Chase.

Chase decided to build a pool in his back yard as a gift to his mother, who spends six months in South Florida.

"It started out great. Everything was going smooth and we were progressing really fast," he said. "I made the payment for my marble decking and for everything to be installed and after that, I haven't seen the company for two months."

Chase described his back yard as a construction zone.

"For two months, I've been promised that my marble decking is on order and that it would be delivered," he said.

The Better Business Bureau gave Nationwide Pools, which builds pools throughout Florida, an F rating. The Florida Swimming Pool Association is terminating its membership based on complaints, and the company faces several civil lawsuits by customers and former employees.

"There's people out there waiting two years to get their pools done. He has not paid his suppliers. He owes contractors money, subcontractors [money]," said the salesperson. "Basically, they're just collecting the money, jumping to a phase of the pool where they can collect a big amount of cash, and then they are not finishing people's pools."

Employees at Nationwide Pools asked Local 10's Roger Lohse to leave when he tried speaking with Stuart. They said Stuart was out of town.

"My mom, she's not very happy," said Chase. "She's back up north for the summer, but hopefully next year she will have a pool."