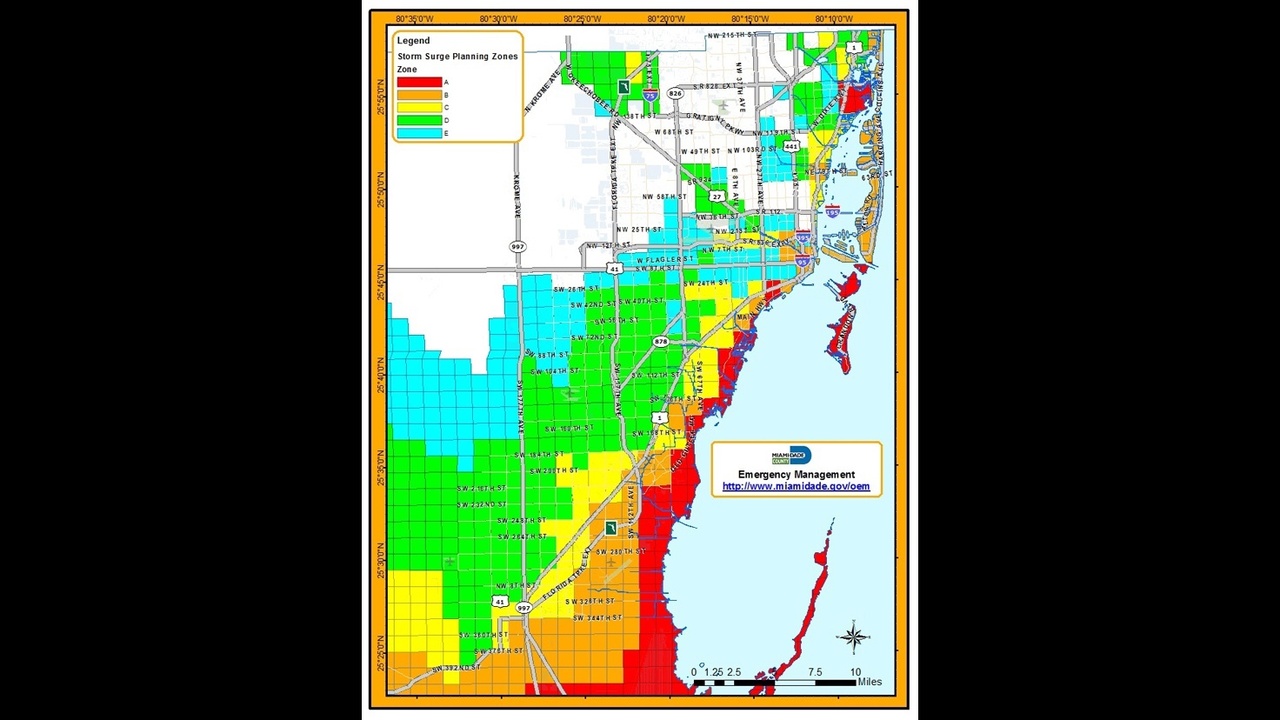 Florida House Bill 7121 required the Florida Division of Emergency Management to update all regional evacuation studies in the state. Miami-Dade County updated its zones and maps from three to five.

"What we're seeing with the new D and E zones is water being pushed up into canals and up rivers, like the Miami River and the Little River, and at some point, because the water is pushed up those canals, those canals start to swell and they'll overflow," said Sommerhoff. "We want them to be informed of everywhere in the county there could be storm surge."

"With hurricane season right around the corner, and with new planning and evacuation zones, we are educating and preparing our residents," said Mayor Carlos Gimenez. "We all know the devastating impact that a storm surge can have on our homes and our safety, so riding out a storm in an evacuation zone is definitely not a good idea."

For more information, call the Miami-Dade County Office of Emergency Management at 305-468-5403.

Click here to find out which zone you live in.