MIAMI – Uncertainty is a fundamental characteristic of tropical cyclone forecasting. The Wednesday morning track forecast of the center of Tropical Storm Dorian and the uncertainty associated with that forecast is represented by the familiar track cone.

The most likely scenario at this time is for the center of the tropical cyclone to be a little to the northeast of the U.S. and British Virgin Islands in five days with the usual uncertainty given by the track cone. The more reliable computer models are in fairly good agreement with this, which gives the forecasters pretty good confidence in the track forecast at this time. 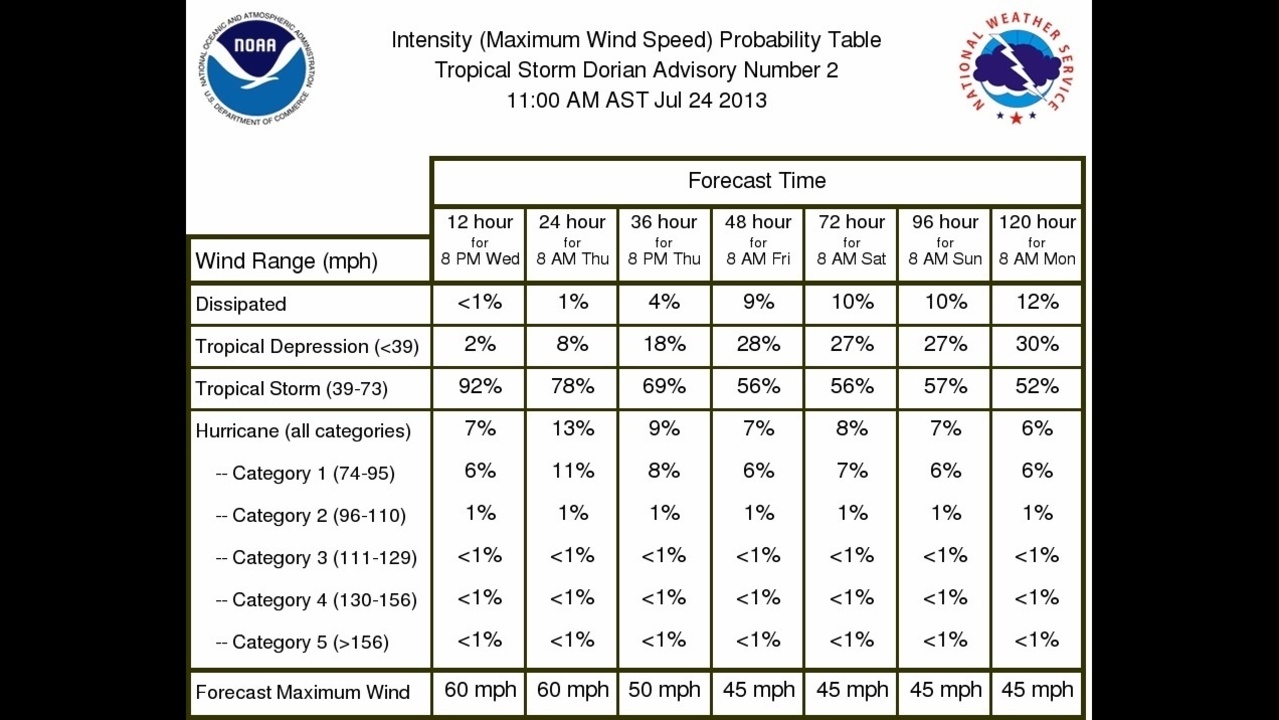 There is not as much confidence in the intensity forecast (table above). The current intensity forecast from the National Hurricane Center (NHC) calls for Dorian to strengthen a little over the next 24 hours, but then weaken thereafter.

NHC handles the uncertainty in intensity by issuing probabilities for the maximum sustained winds of the tropical cyclone within various intensity ranges at specific times during the next five days. Click here for an example.