Biden to help distribute COVID-19 vaccine in Florida despite opposition

SOUTH MIAMI, Fla. – A man shot and killed his wife Thursday morning, then posted an apparent confession and picture of her body on Facebook, according to Miami-Dade police.

Derek Medina drove to the South Miami Police Department and told officers he had killed his wife, police said. Officers then went to 5555 SW 56th Street, where they found the body of 26-year-old Jennifer Alfonso body inside a townhouse kitchen with multiple gunshot wounds.

On Friday, a judge ordered Medina, 31, be held on no bond.

Officials say Medina, 31, claimed him and Alfonso were in a fight when he went upstairs to his bedroom and got a gun. Medina said he pointed the gun at Alfonso and she left the room.

Medina claims that minutes later, Alfonso returned to the bedroom to tell him that she was leaving him. Medina said that's when he followed her without the gun and she began punching him.

According to the arrest affidavit, Medina said he went back to the room to rearm himself with the gun, and returned to the kitchen where Alfonso was armed with a knife. He says he got the knife from her, she began punching him again, and that's when he shot the victim.

Medina posted a picture of a body and an apparent confession to his Facebook page (pictured below) about noon Thursday. Neighbors identified pictures of him as the man who lived in the townhouse.

The photo showed a woman wearing black leotards with her knees bent backwards. Blood covered her left cheek and arm. Medina tagged the photo as Alfonso and captioned it "RIP."

"What sick person goes and writes a status about it and says it's something they have to do?" said Daysi Fernandez, Alfonso's best friend. "He killed her and he posted it."

Miami-Dade police say Medina made both posts, which had hundreds of shares by Thursday afternoon. His Facebook page was removed about five hours after the shooting, and the social networking company issued a statement, saying: "The content was reported to us. We took action on the profile – removing the content and disabling the profile, and we reached out to law enforcement. As we lay out clearly in our terms, we take action on any content that violates our terms or policies."

Medina is charged with first-degree murder.

Alfonso's friends said the couple had a troubled relationship, but stopped short of saying it was violent. Records show Medina and Alfonso married, divorced, then remarried about three months ago.

Neighbors said officers brought a girl covered in a blanket out of the townhouse. Friends said she was Alfonso's daughter from a previous marriage.

"When they came here, they rushed inside the house and we didn't know nothing was going on and then they carried a little girl out to the car and they were asking her questions," said Oliver Thomas.

Local 10 was told Alfonso's daughter is staying with her father, who has permanent custody of her. 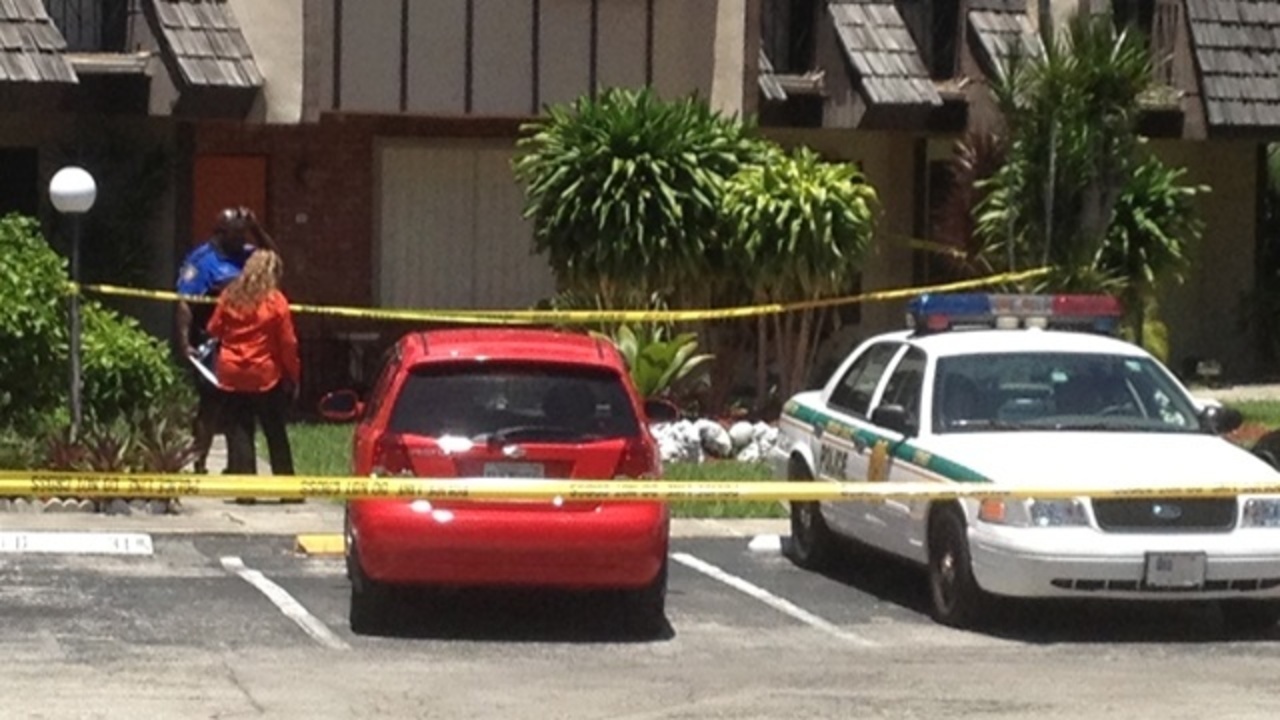 Neighbors added that the man acted like the neighborhood watch captain in the community and carried a concealed weapon. They painted a picture of a paranoid man who kept his windows covered and had surveillance cameras pointed at his front door.

"The guy was kind of sketchy, you know, walking around with a gun," said Yoshi Dade. "It's kind of scary. You never know."

"The windows are not even open. There are cameras all over the place," added Paula Traviño. "He's just into himself. His wife just came in and out. That's all I saw."

Medina's paranoia went beyond his home. The 31-year-old wrote a series of e-books with long and bizarre titles that dealt with relationships and his experience with aliens.