HOLLYWOOD, Fla. – Hollywood police say a simple traffic stop escalated into a cop in a fight for his life.

Cannella followed the car and when it ran a stop sign, he eventually pulled the driver over at a gas station, and that is when things spiraled out of control. It was all caught on camera. 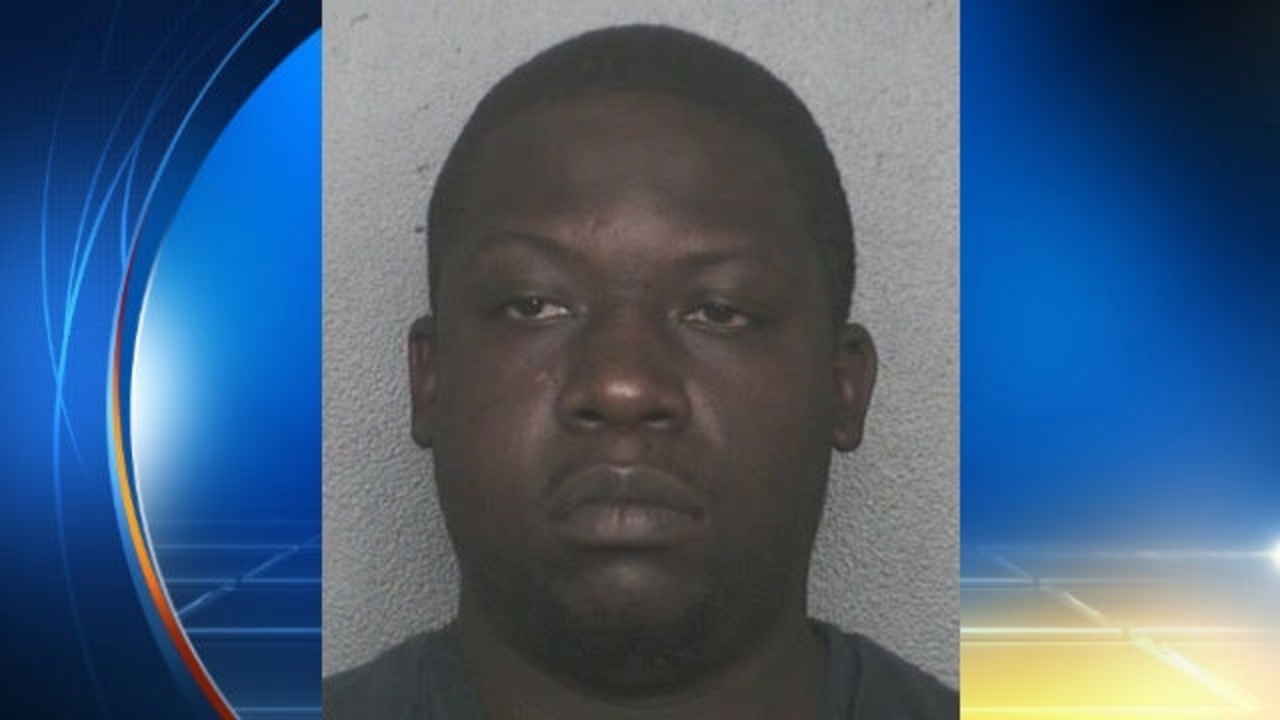 Police said 36-year-old Livingston Manners was belligerent and not following the officer's commands. At first they got into a scuffle in the front seat of Manners' vehicle, but then they grappled on the ground.

At one point the officer could be seen landing multiple punches aimed at Manners' face. In the arrest report, police said Manners punched him and even choked him until he temporarily lost consciousness, but that is not apparent on the gas station surveillance cameras.

"We haven't spoken to him and we don't have his statement as of yet, so we don't know at what point in time that occurred," said Lt. Derick Alexander, of Hollywood police. "This is still an active investigation."

When backup arrived a female officer used a stun gun on Manners and he was subdued for a short time, but a stun gun was again used on him by Cannella after he came back around.

"The gentleman was a big man. He was 6 foot 2 (inches) and 250 (pounds). So the officer had his hands full with the suspect," said Alexander.

In the police report the officer said he feared for his life, and while the incident is still being investigated, the department believes the officer did not use excessive force.

"From what we saw on the video, absolutely not. He followed protocol," said Alexander. "We believe that he actually showed a little bit more restraint in that he was alone and it was 3 o'clock in the morning." 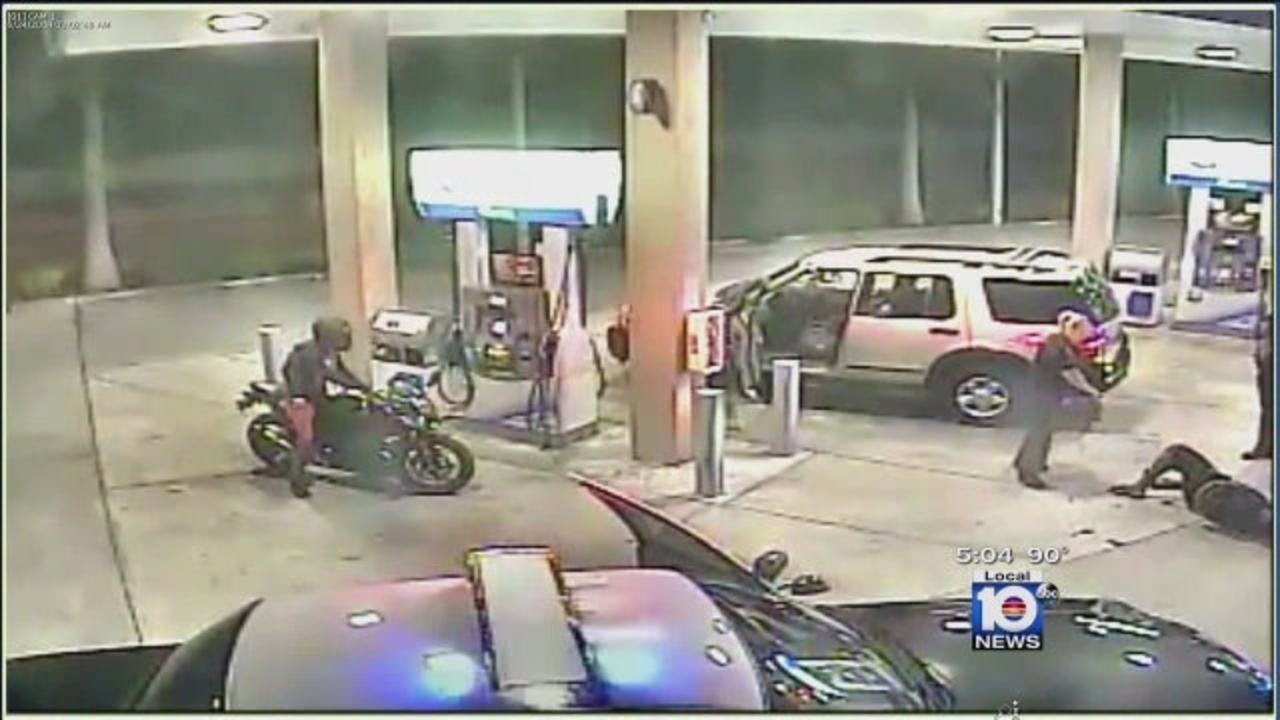 Shockingly, a man on a motorcycle witnessed the whole fight and drove off.

"There are not too many people out there in the world that would see an officer in a physical confrontation on the ground and actually walk by a couple of steps, watch the fight and continue to go about his business without offering aid," Alexander said.

Meanwhile, Manners remains in jail facing multiple felony charges, including resisting arrest with violence and even attempted murder on a law enforcement officer.

Hollywood police said Cannella suffered some minor cuts and scrapes but will be fine, and their investigation into the matter continues.