HAVANA – Cubans were waiting eagerly for Pope Francis, who  will meet with Russian Orthodox Patriarch Kirill of Moscow for about two hours on Friday in Havana.

Their historic meeting was prepared in secrecy for two years. During his flight, Pope Fracis sent a tweet.

"Today is a day of grace. The meeting with Patriarch Kirill is a gift from God. Pray for us."

The two clerics agreed upon the content of a 10-page joint declaration that they will be signing at the Jose Martin International Airport Friday afternoon. Pope Francis was on his way to Mexico.

"This document in its agreed-upon version will be submitted to the meeting of the patriarch and the pope," Metropolitan Hilarion of Volokolamsk said at the Vnukovo airport Thursday.

While putting aside their friction over religious dominance, the joint agreement will address the Islamic fighters' attack on Christians in the Middle East and Africa.

The patriarch leads about 160 million of the estimated 225 million Orthodox congregation flock and is close to Vladimir Putin's administration. Pope Francis leads more than 1.2 billion Catholics worldwide and the Vatican.

- The Orthodox church does not believe in purgatory, a place of suffering or state of purification for sinners.

-  The Orthodox church also does not believe in the embodying nature of Christ and the Holy Trinity. 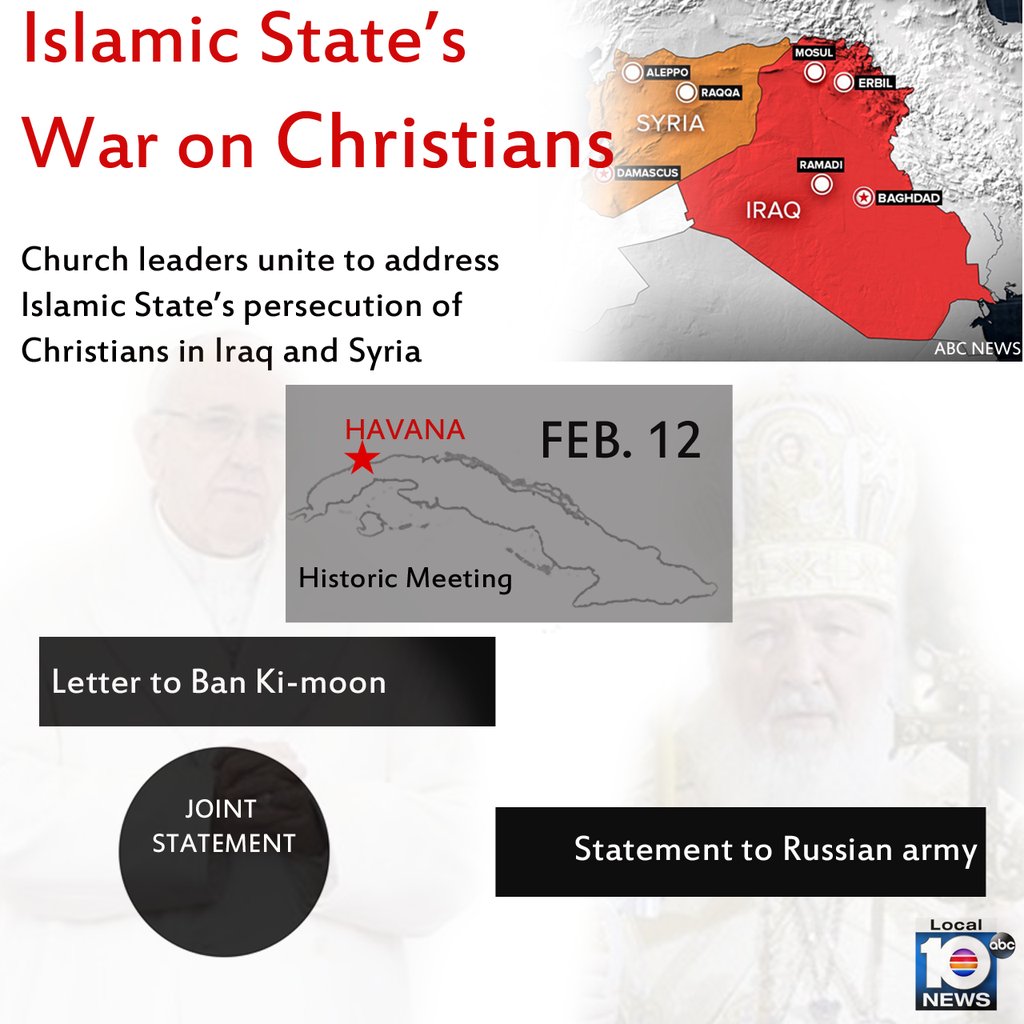