Duo drove in search of ‘victim,’ robbed and shot someone, prosecutors say

When it come's to boycotting Beyoncé's concert at Marlins Park in April, two organizations that represent Miami police officers were in disagreement.

After Javier Ortiz, the president of the Miami Fraternal Order of Police, wrote a letter criticizing Beyoncé for her performance during the Super Bowl, black Miami police officers responded.

"Do whatever is necessary" to put a stop to Ortiz's "antics" and "long pattern of irresponsible behavior," as he continues to portray African-Americans  "in a negative light with thinly veiled racist overtones," Moore said in the letter.

Despite the conflict, there will be enough police officers to provide securing during Beyoncé's concert, Miami police Maj. Delrish Moss said in a statement Saturday afternoon.

"We fully intend to do everything in our power to ensure the safety of all who wish to enjoy events in Miami," Moss said.

Ortiz maintains that his letter announcing his boycott of Beyoncé for her "anti-police" stance was not racist. Before Ortiz released his letter, The Fraternal Order of Police's national president, Chuck Canterbury, inferred that Beyoncé's performance was "hate speech." 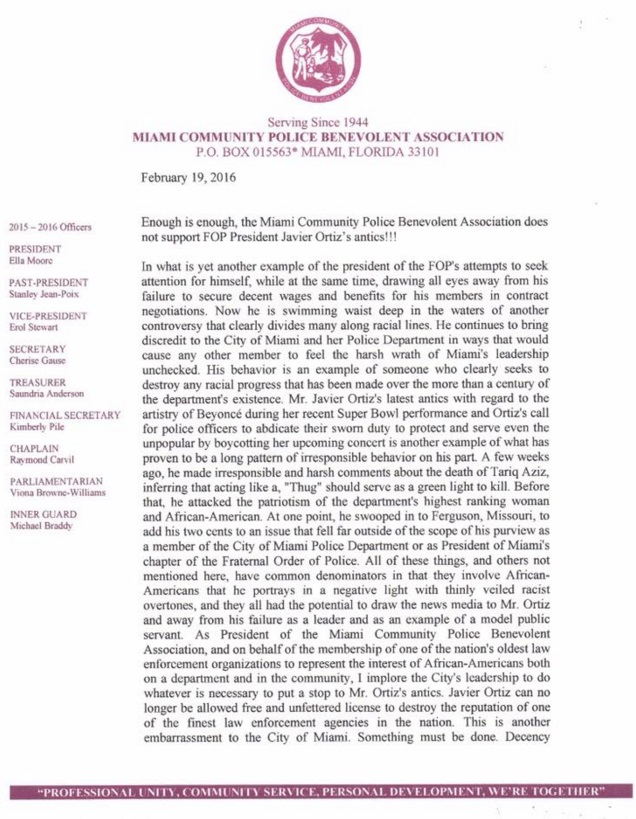 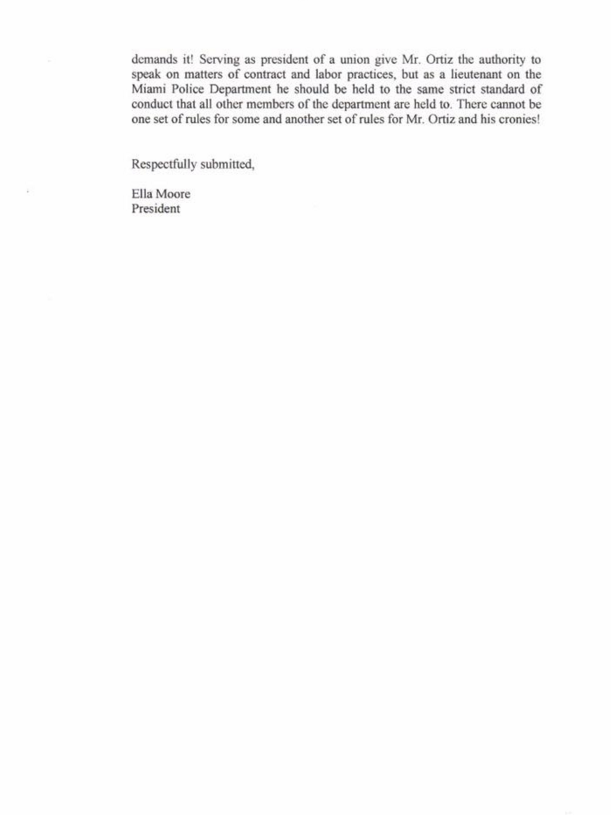