Not much activity on Memorial Day weekend amid pandemic, soggy streets

MIAMI – After living in the United States for about five decades, Cuban activist, Ramón Saúl Sánchez received a letter from the federal government ordering him to leave the country "as soon as possible."

Sánchez, who is a very well-known activist in South Florida and leads the Movimiento Democracia, left Cuba in 1967 and on Sept. 10, 2002 he applied for permanent residency. He interviewed for eligibility Sept. 8, 2004. Authorities revoked his petition March 16.

The order arrived in the mail just in time for him to have to miss a Saturday protest in solidarity with political prisoners on the island, Sánchez said.

"The Flotilla Democracia Luces de Libertad sailed off from Marathon" without him, Sánchez said. He added that the group will be "in front of Cuba at 8 p.m., God willing."

His humanitarian parole expired and the leader of the pro-Democracy in Cuba group is not qualified to adjust his U.S. immigration status, the April 7 letter from the federal government said.

"You are not authorized to" remain in the United States, the letter Sánchez received from the Department of Homeland Security's U.S. Citizenship and Immigration Services on Thursday said.

Elizabeth Ferro, the DHS UCIS acting field office director, warned that when he filed his application, he was "present in the United States contrary to law, because" his parole status "had already expired." Ferro also said that "failure to depart may result" in authorities finding him  "ineligible for immigration benefits" in the future.

"You may not appeal this decision,"  Ferro said. But his attorney can file a motion to reopen or reconsider the case within 33 days before the decision becomes final.

Sánchez is not the only anti-Castro Cuban dealing with immigration authorities. Roberto González, a 61-year-old member of a paramilitary group known as Alpha 66, has a deportation order pending and remained at the Krome Detention Center.

The legal status of about 2,740 Cubans who arrived during the Mariel exodus was on shaky grounds, while some 35,000 Cubans were dealing with deportation orders, according to immigration authorities.

The warning comes as the Cuban exiled community deals with frustrations over President Barack Obama's move to restore relations with the Communist island, and his recent visit to Havana to shake hands with Cuban President Raul Castro for the second time. 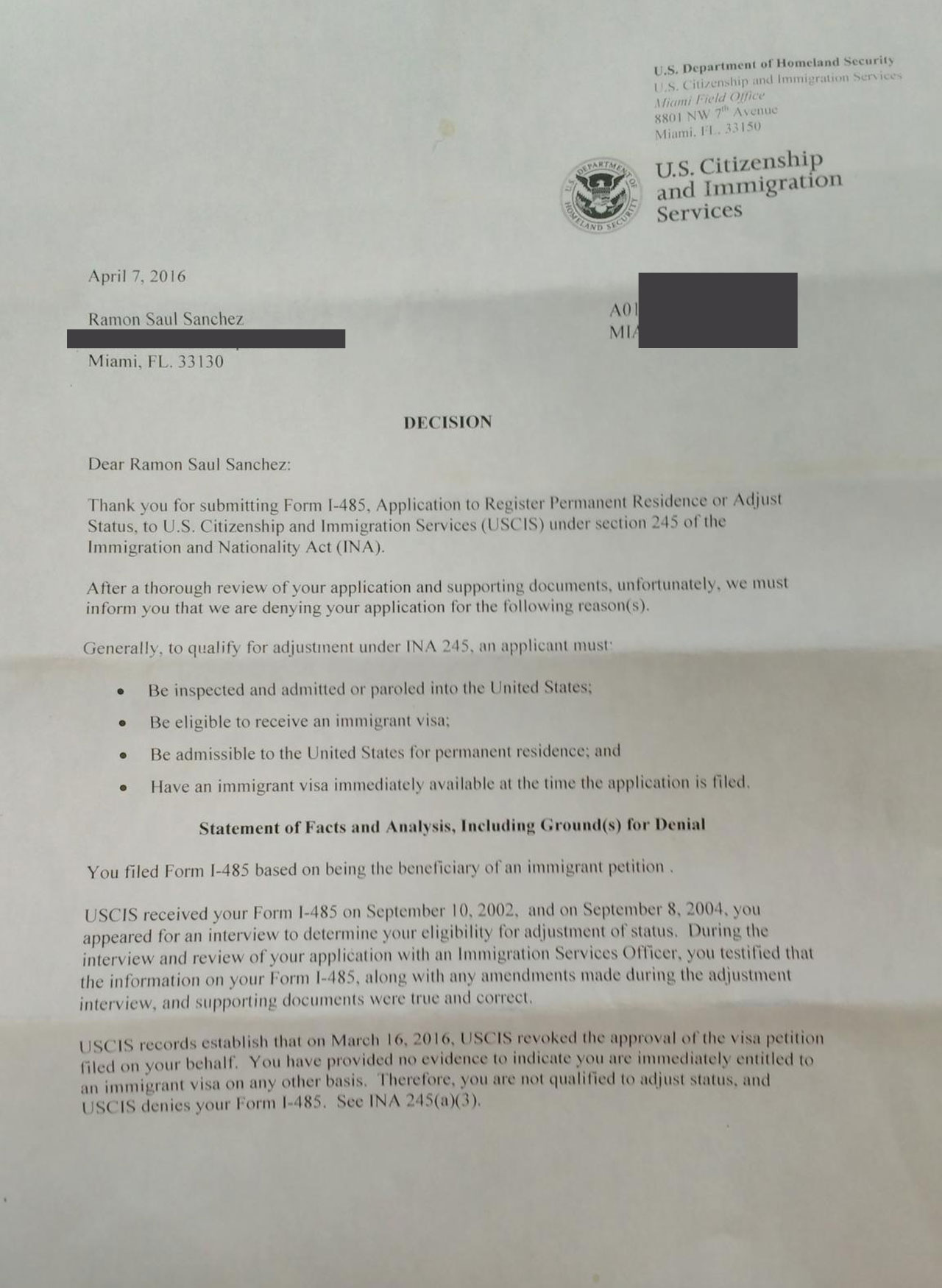