Saharan dust arrives in South Florida with a thick haze

HOMESTEAD, Fla. – About 200 immigrant children are now living at the former Job Corps site in Homestead, which reporters got an inside look into on Wednesday.

The temporary shelter, which is the only one of its kind in Florida, opened June 13.

The site was chosen because it's on federal land and has the capacity to hold up to 800 immigrant children.

The children come to the facility 72 hours after being detained at the Mexican border.

Most of the children arrived in the U.S. after a long and dangerous voyage from countries like El Salvador, Guatemala and Honduras.

"Children are fleeing violent gangs, drug cartels (and) many of them have been trafficked," Little said.

Little's organization is allowed to go inside the shelters to provide free legal services to the children.

The crisis of unaccompanied immigrant children peaked in 2014, when about 58,000 children crossed the border.

In 2015, the number was 33,000. Federal agencies expect the number of children crossing the border to be even higher this year.

"They're facing an incredibly complicated immigration system. The cards are stacked against them," Little said.

All children at the Homestead facility are between the ages of 13 and 17, and boys and girls are separated.

Officials said two-thirds of the children are boys at this time.

For the first three to five days, all of the children sleep in one of several large rooms.

They undergo health and mental screenings and girls older than 10 are given a pregnancy test.  Everyone is vaccinated and given clothes for their stay.

After the first couple days, groups of eight are placed in smaller rooms.

Every day, they're given three meals, two snacks and time to exercise outside. The children are always supervised.

Their day starts at 6:30 a.m. and ends at 10 p.m. In between, they go to classes, where they learn English, U.S. history, reading, writing and math.

On average, children spend 32 days in the care of Health and Human Services until they are placed with a sponsor, often a parent or close relative, with whom they live while they await their immigration hearing. Some are sent back to their country of origin. 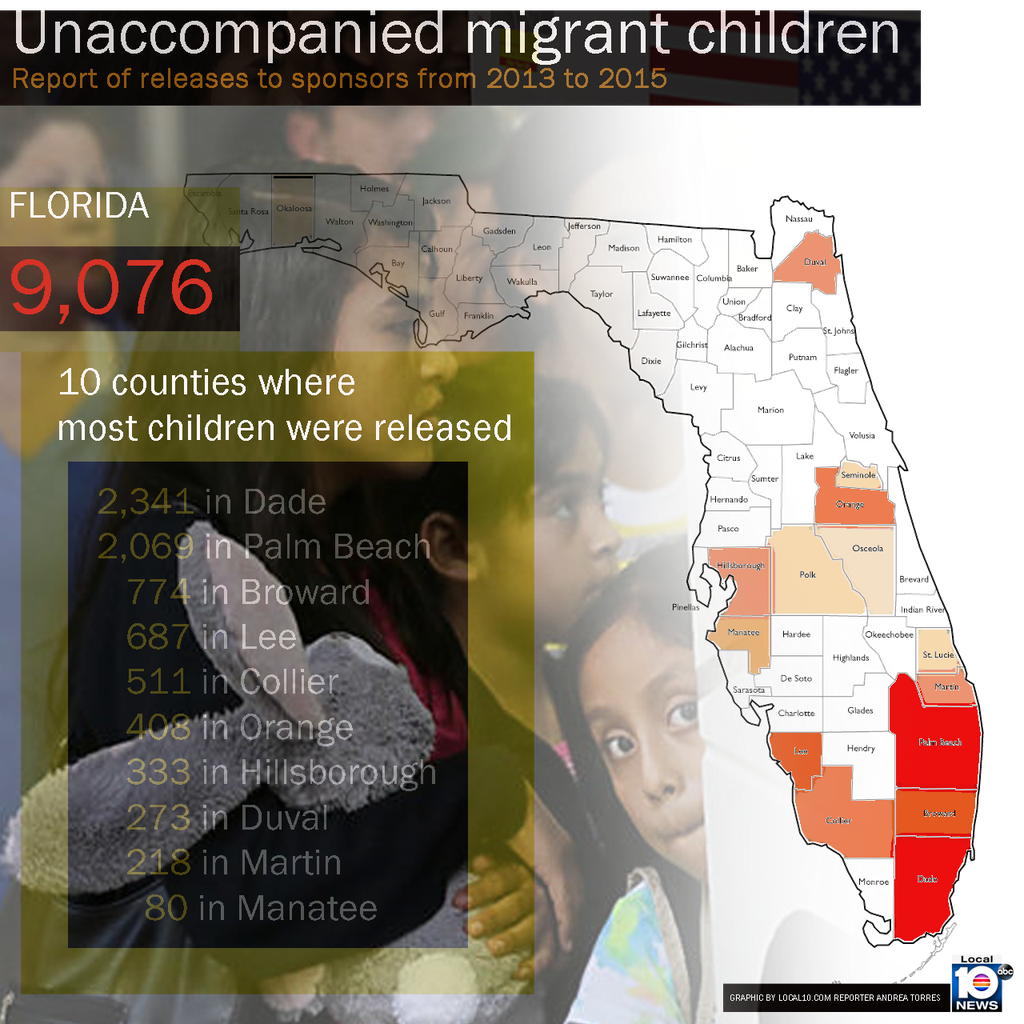