KEY BISCAYNE, Fla. – Karina Gudiel said she was looking forward to a peaceful early Saturday morning walk on the beach at Bill Baggs Cape Florida State Park in Key Biscayne. But instead, she encountered a commotion.

She described what she witnessed as an "incredible experience." A group of five Cubans made it to land. One of them told witnesses they had been at sea for about 12 days.

"They were really sunburned and clearly exhausted," Gudiel said.

Since President Barack Obama renewed diplomatic relations with Cuban President Raul Castro in 2014, witnessing the arrival of Cuban migrants in small boats has become a part of living in South Florida.

On Saturday afternoon, in Dania Beach a group of 19 Cubans wasn't so lucky. Fort Lauderdale Fire Rescue reported they were helping the U.S. Coast Guard. Most of the Cubans say they are risking their lives because they fear that the "wet-foot, dry-foot" policy will soon come to an end. The law allows Cubans who reach U.S. soil to apply for residency.

Castro wants it to end.

Gudiel said her daughter, Emma, wanted to go to the beach. And the pregnant mom said she was glad she and her husband listened to her. Witnessing the Cuban migrants' arrival made her feel grateful.

"I couldn't help but tear up, so many emotions ... makes me think of all the people who have left Cuba the same way but never made it," Gudiel said.

Her husband welcomed them in Spanish. He said, "Bienvenidos."

After risking their lives, the men were overjoyed to have made it, she said. A grateful one said, "Gracias."

Gudiel took pictures of her daughter Emma standing next to the small wooden sailboat the Cuban migrants used to cross the Florida Straits. She shared the historic photos on Instagram and Facebook. And she had a message for her friends on social media.

"We are blessed my friends --- blessed to be in this country. Never ever take that for granted." 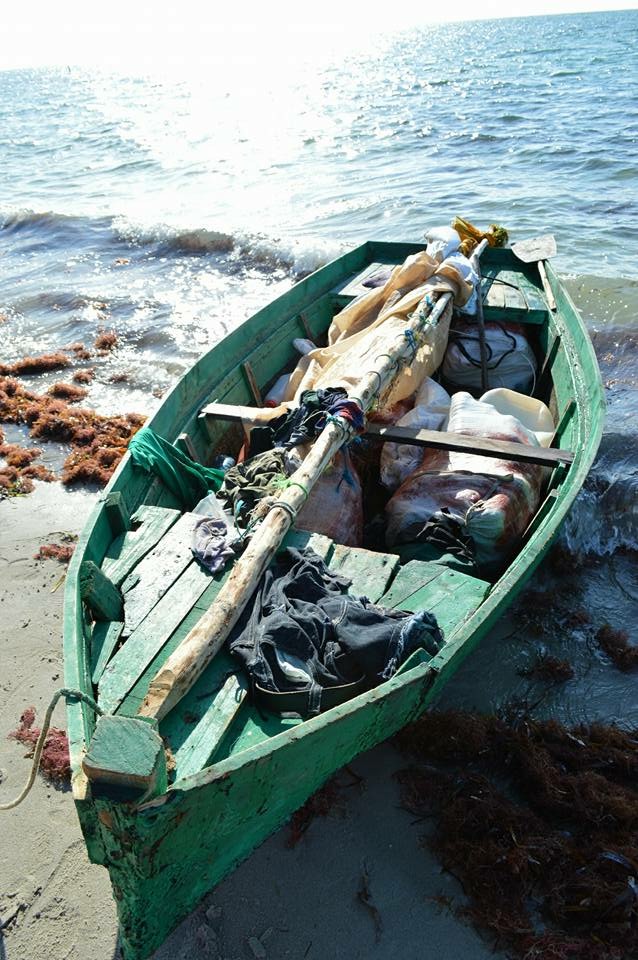