David Coyle, a University of Georgia researcher on vacation, and others on the beach at Bill Baggs Cape Florida State Park said they saw the smoke.

Florida Fish and Wildlife authorities said they were investigating the fire, which they believed could have started with an explosion. Firefighters tried to save what was left of the boat, but it sunk. The men were lucky to be alive, authorities said.

Benitez had a couple of reminders for boaters: Check the vessel's equipment on board and have an extinguisher on hand before going to sail. 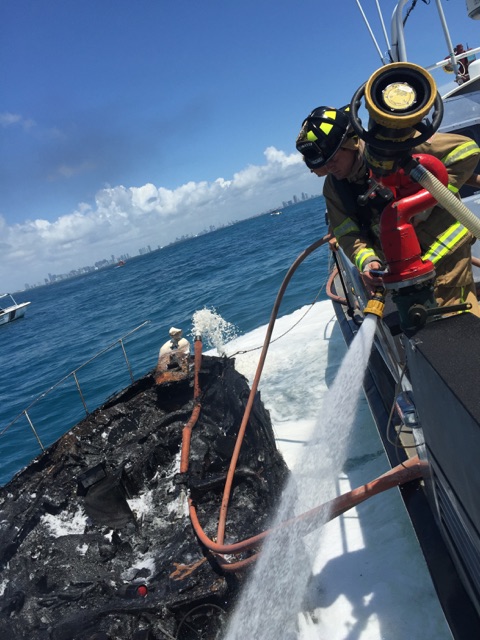 DEVELOPING STORY: Initial reports from authorities identified rescuers as boaters and later as members of a Miami-Dade Police marine unit. FWC also said men suffered burns to their arms. MDFR clarified Miami Beach rescued the men and their injuries were to lower extremities.