Cubans take to sea, fearing what life will be like if they stay on island

MIAMI – It's been called a silent exodus: The number of Cuban migrants coming to South Florida by sea keeps rising.

Nearly 60,000 Cuban migrants have come to the U.S. this fiscal year, according to immigration attorney Willie Allen.

"That's almost triple what came in through the rafter crisis of 1995. So it is a big immigration," Allen said.

He said migrants are arriving at a faster pace than last year, and there are several reasons why.

There is a fear on the island that the Cuban Adjustment Act will end and Cubans will no longer be allowed to stay in the U.S.

Allen said that with the new U.S.-Cuba relationship, repression is worse and economic opportunity is minimal.

"I think people are worried that the Cuban government, instead of opening the economy up, instead of allowing more free enterprise, is closing it up for fear of what may happen," he said.

Even Cuban President Raul Castro has admitted that the island's economy is not on track.

Venezuela, its biggest ally, is no longer providing as much oil, and some Cubans who work for the government are being told to go home early to save energy.

Sporadic blackouts are also not helping quell fears and panic.

"It's the misery," he said about the inability of the average Cuban to make an honest living. 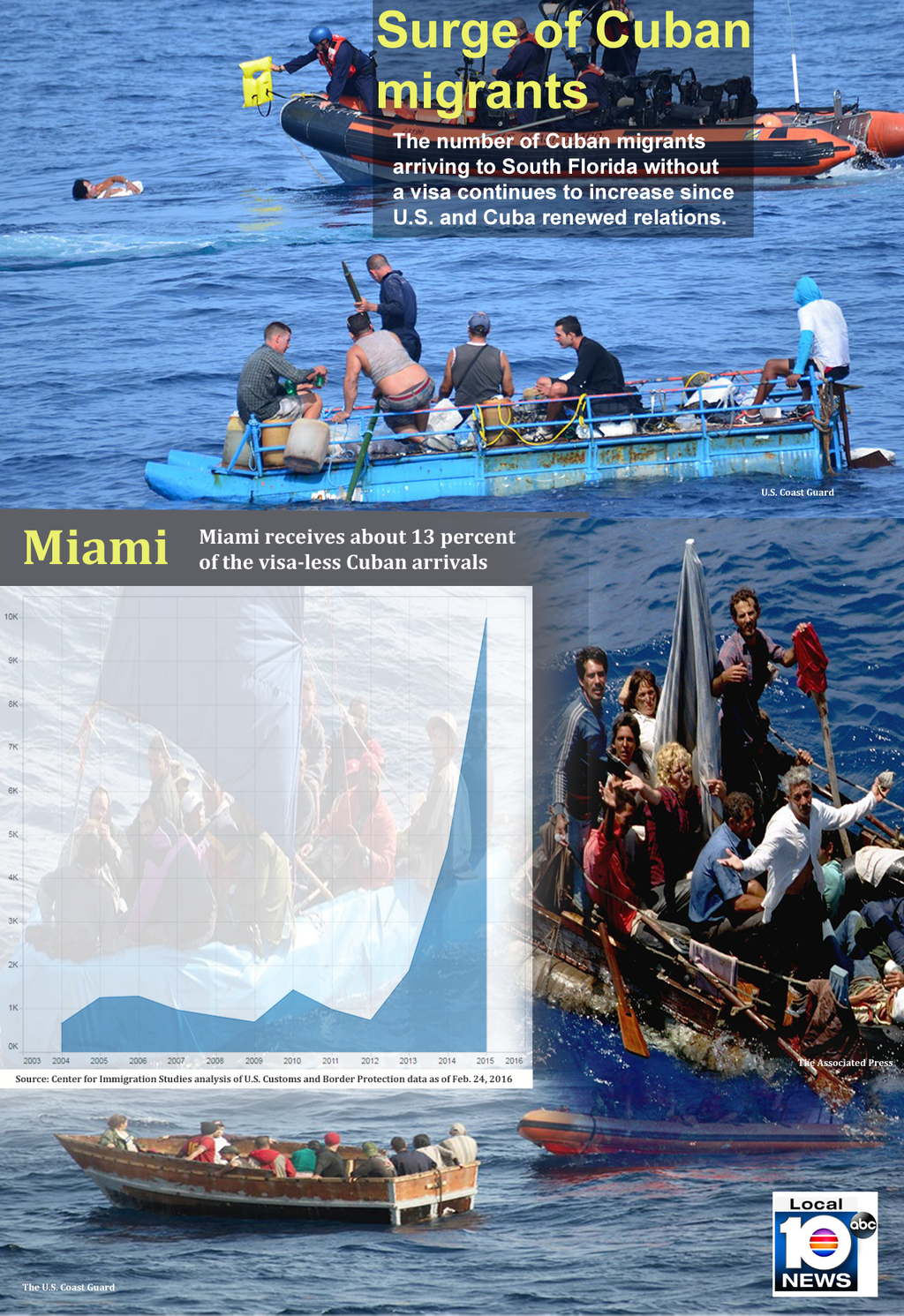