Prosecutors intend to seek another trial after jury deadlocked 3-3

WEST PALM BEACH, Fla. – A mistrial was declared Wednesday in the retrial of a Boynton Beach woman accused of hiring an undercover police officer to kill her husband.

Defense attorneys for Dalia Dippolito asked Palm Beach County Judge Glenn Kelley to delcare a mistrial, citing a report from a local television news station that there was a lone holdout on the jury.

Kelly said the jury was deadlocked 3-3. He made the announcement after the jurors handed back verdict forms showing how they would have voted.

After the jury left, a weeping Dippolito hugged her attorneys and her mother.

Kelley questioned jurors individually about whether they had spoken to the media or watched or read anything about the trial in the news. All six jurors said no, so Kelley instructed them to continue deliberations once more.

"After you have done that, if you simply cannot reach a verdict, return to the courtroom and I will declare this case a mistrial and I will discharge you with my sincere appreciation for your service," Kelley told the jurors.

Kelley sent the jury home Monday after almost a full day of deliberations, saying that they were unable to reach a unanimous decision. They returned for more deliberations Wednesday morning and told Kelley that they remained deadlocked.

Dippolito is accused of paying an undercover police officer, who was posing as a hit man, to kill her husband in 2009. The Boynton Beach Police Department staged a crime scene and recorded her reaction on the day her husband was supposed to be killed.

She was convicted of solicitation to commit first-degree murder in 2011 and was sentenced to 20 years in prison. However, the Fourth District Court of Appeal reversed the conviction in 2014.

Prosecutors alleged that Dippolito offered an undercover officer $7,000 to kill her then-husband.

Defense attorneys claimed the Boynton Beach Police Department wanted to gain attention by soliciting the "Cops" television show and violated Dippolito's constitutional rights by setting her up with the help of former lover Mohamed Shihadeh, who became a confidential informant for police.

"We stand behind the principled work our detectives did on this investigation," Boynton Beach police Chief Jeffrey Katz said in a statement first issued in February. "We trust in our state attorney to successfully prosecute this case, and we are confident we have given his office sufficient evidence to meet the state's burden."

Claypool revealed to the jury during his closing arguments Monday that Dippolito, 34, has an infant son at home. Dippolito has been on house arrest since her conviction was overturned.

"They tossed Dalia Dippolito under the bus," Claypool told the jury. "They made this way more than it ever was, and they could care less about her constitutional rights."

"This is the case of the state of Florida v. Dalia Dippolito," Laurie said.

Laurie reminded jurors of what Dippolito told the undercover officer.

"You can do the hit and you can take the money," Laurie said, repeating Dippolito's words. "She wants her husband to finance his own murder."

Dippolito didn't testify in either trial, but she said in a hearing earlier this year that she was acting for a television show and wasn't really plotting to kill her husband.

This time around, Kelley and attorneys for both sides screened 200 prospective jurors before settling on the six jurors -- four women and two men -- and two alternates. Defense attorneys sought to move the trial to another county or bring in a jury from outside of Palm Beach County, but Kelley denied the requests.

Prosecutors only called two witnesses to testify during the trial. The first was Officer Widy Jean, who posed as a hit man in his recorded conversations with Dippolito. The other was Detective Alex Moreno, who was the lead investigator in the case.

Shihadeh testified last week for the defense that he was coerced into helping police and said he never believed that she would actually follow through with the alleged plot. However, when questioned by the prosecution during cross examination, Shihadeh admitted that he believed Dippolito truly wanted her husband dead.

Defense attorneys also questioned Boynton Beach Police Department spokeswoman Stephanie Slater, who posted footage of the phony crime scene on the department's YouTube channel, and former police Sgt. Frank Ranzie, who testified that he would have done things differently if he had been in charge of the investigation.

The final witness for the defense was Tim Williams, a retired Los Angeles police detective who said he disagreed with the tactics used by the Boynton Beach Police Department.

Claypool told reporters outside the Palm Beach County courthouse that, although he wasn't completely satisfied with a mistrial, he was encouraged that his message that Dippolito was a pawn of the Boynton Beach Police Department didn't fall on deaf ears.

"We are encouraged that our moral message of holding law enforcement accountable was received," Claypool said. "The other mixed feelings we have are we wanted a not-guilty verdict."

Dippolito's ex-husband, Mike Dippolito, also spoke to reporters after the mistrial was declared, telling them that he was disappointed by the outcome. He listed off all the ways she tried to hurt him in the past.

"The girl tried to get me put in jail, planting drugs on me. The girl stole money from me. She poisoned me with antifreeze," Mike Dippolito said.

Mike Dippolito said he was also disappointed by the state's presentation of evidence.

"They showed probably a quarter of the facts of this case," he said.

Liz Parker, who was the prosecutor in Dalia Dippolito's first trial and now represents Mike Dippolito, said a mistrial is essentially a victory for the defense. 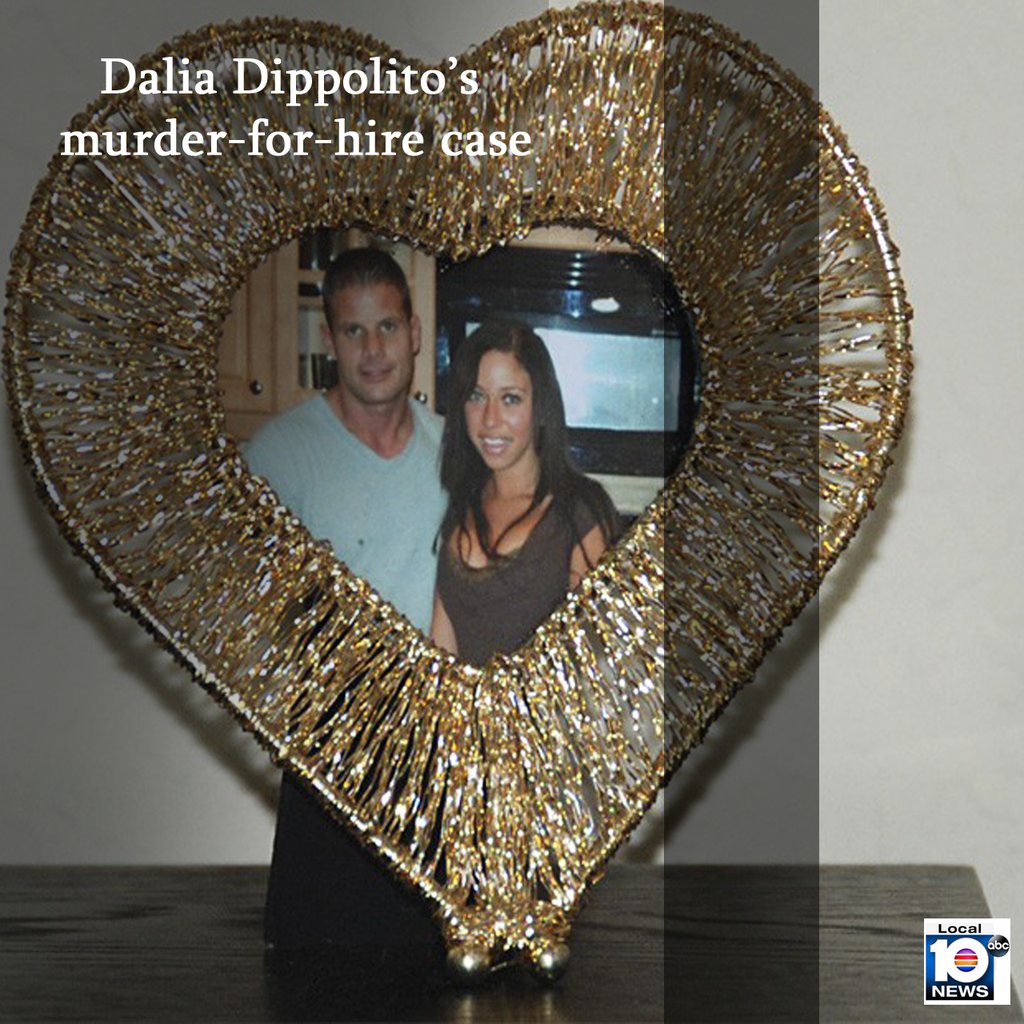