Artist Danilo Maldonado is beaten in prison, his fiancée says

MIAMI – While Cuban artist Danilo "El Sexto" Maldonado remained trapped in a prison in Havana, a sketchbook with his work made it out from behind bars.

The 33-year-old father produced at least a dozen drawings and poems in Spanish. He dated the work after his mother, Maria Victoria Machado, said Cuban authorities took him from his home Nov. 26 and later held him in isolation.

Maldonado's fiancée, Alexandra Martinez, said she visited him on Monday.

"I can tell that he is more anxious and on edge," Martinez, who lives in Miami, said.

In his sketchbook, Maldonado reported being transferred five times. He wrote he was "beaten and gagged."

He also wrote a poem in Spanish that he titled "The Sound of My Soul."

U.S. human rights attorney Kimberley Motley and Cuban punk rocker Gorky Aguila were advocating for him in Havana when Cuban officers arrested them. After their release, Motley and Aguila used social media to express their support on Monday.

Aguila referenced Maldonado's graffiti on Facebook: "Down with you know who." Motley reported that she was back home in the U.S., and she added that her fight for Maldonado's freedom was not over.

Human rights activists say Maldonado's crimes include writing graffiti to celebrate Fidel Castro's death and using green paint to label two pigs with the names of the Castro brothers. In Cuba, the crime of disrespecting government officials can bring a three year sentence.

View photos of work by El Sexto in prison: 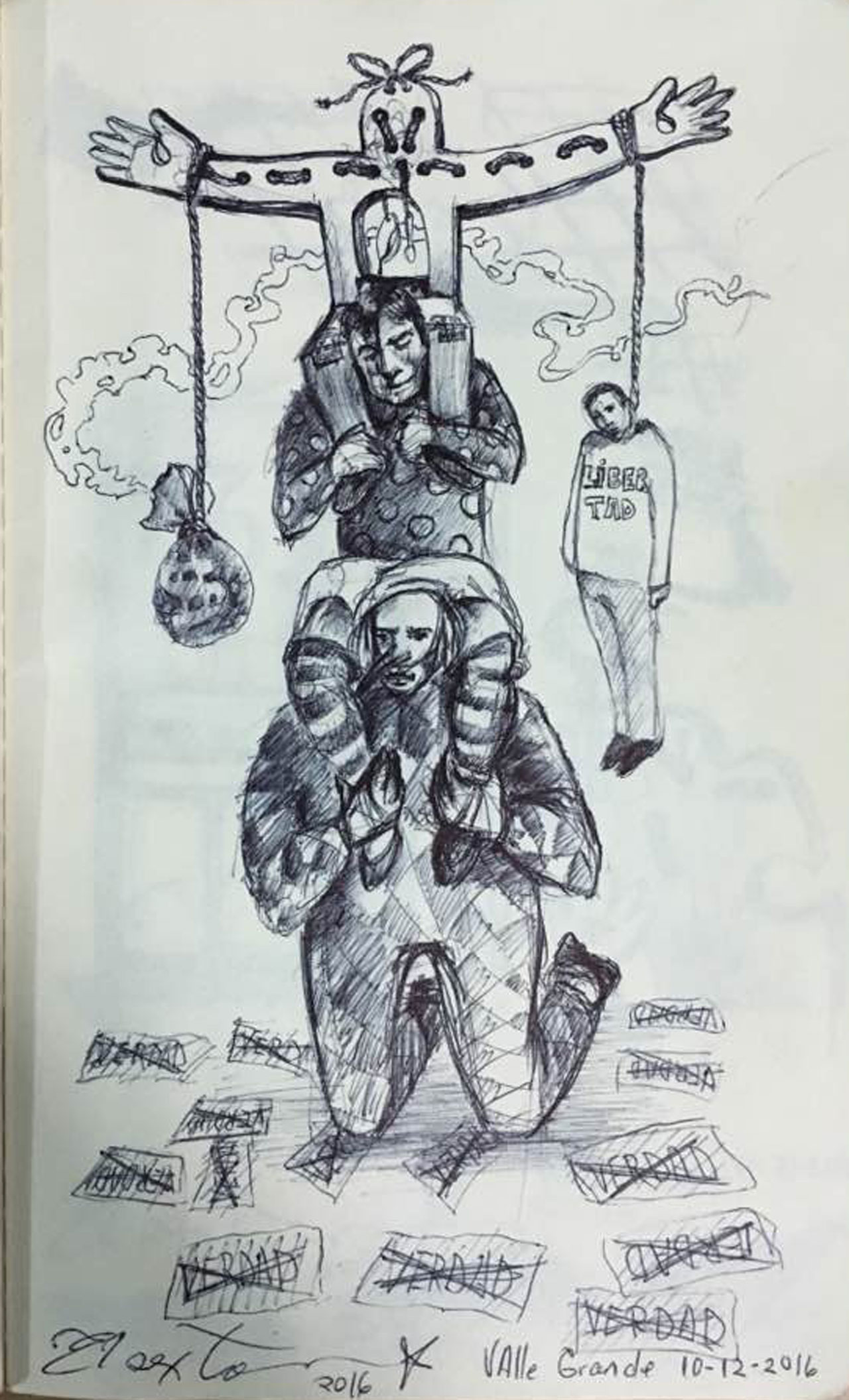 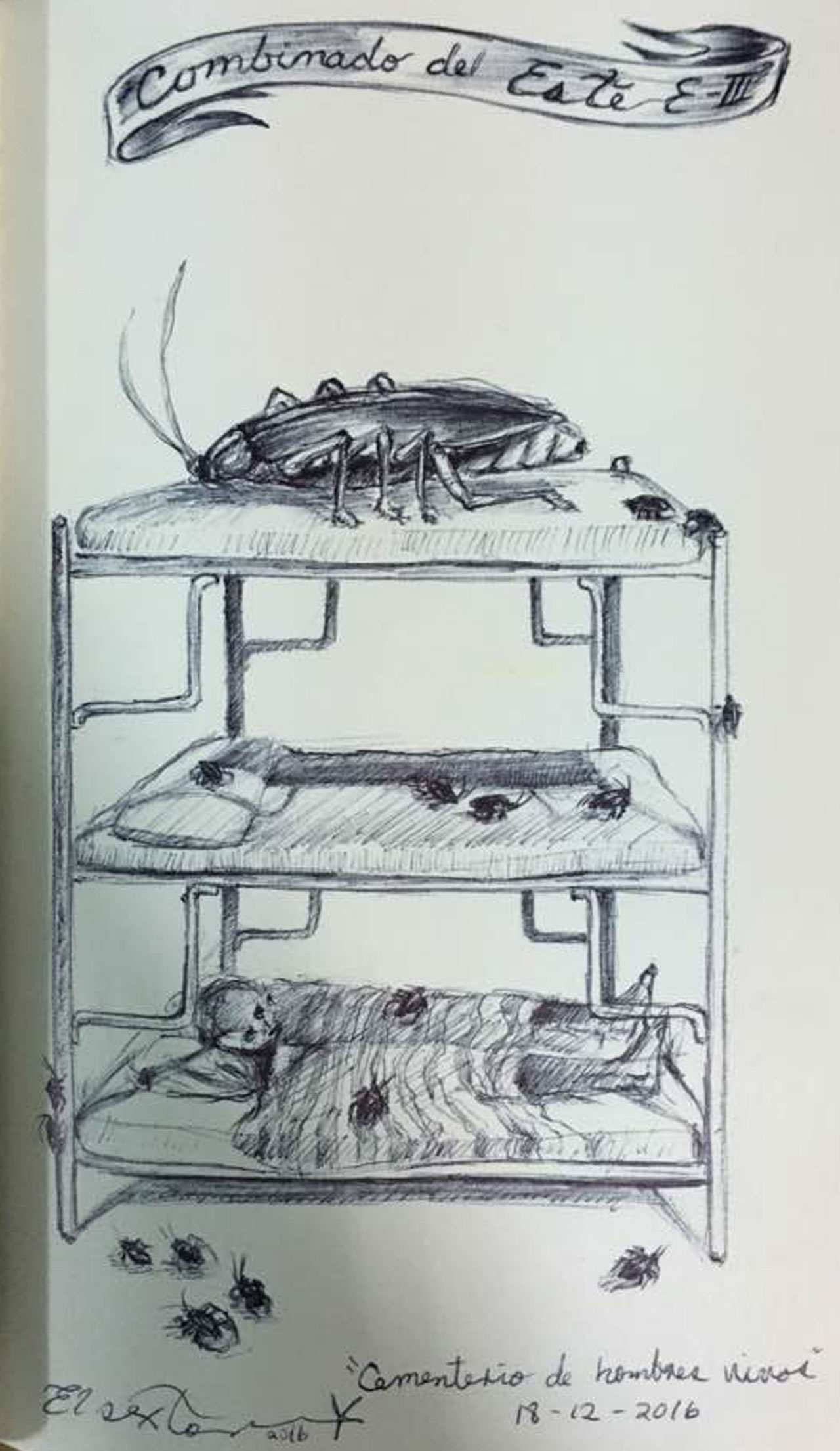