MIAMI – Scientists working on tax payer-funded research were worried about the effects of the Trump's administration policy on "alternative facts." With the help of social media, some were joining plans for the "Scientists March on Washington."

A University of Texas Health Science Center postdoctoral fellow set up a site to plan the march after a discussion on Reddit. More joined the movement after the Trump administration pushed to control communications at the U.S. Department of Agriculture and the U.S. Environmental Protection Agency.

Bill Nye, better known as the Science Guy, expressed his support for the march, after the Trump administration mandated EPA specific studies and data to undergo review by political staff before public release.

"Ordering the EPA or NASA not to talk about climate change isn't going to cool things off," Nye said in a tweet on Wednesday afternoon. Then he sent a message to the president:"Don't double down on denial."

The organizers of the non-partisan event set up a Google Form to look for volunteers to help plan the event. "Anyone who believes in empirical science" can participate in the march, organizers said. They haven't had any trouble finding support.

The Trump administration promised on the White House site that they were going to get rid of "harmful and unnecessary policies such as the Climate Action Plan," an Obama administration strategy to cut carbon emissions.

Anonymous users of rogue social media accounts were protesting the bans and promoting the march on Wednesday evening. One of the memes had a picture of the planet Earth with white text that read, "I am with her."

The @AltNatParkSer was an account set up to protest the Trump administration's restrictions on the National Park Service's Twitter account, after they shared a New York Times' reporter's tweet on the crowds at Trump's inauguration.

"An American government that ignores science to pursue ideological and corporate agendas endangers the world, now, and for future generations," a Wednesday tweet said.

The Twitter account @RogueNASA, which was was sharing @NasaClimate posts, sent out a tweet saying "government employees and scientists are very afraid of being fired if they speak out and share facts." The hash tag was "resist." 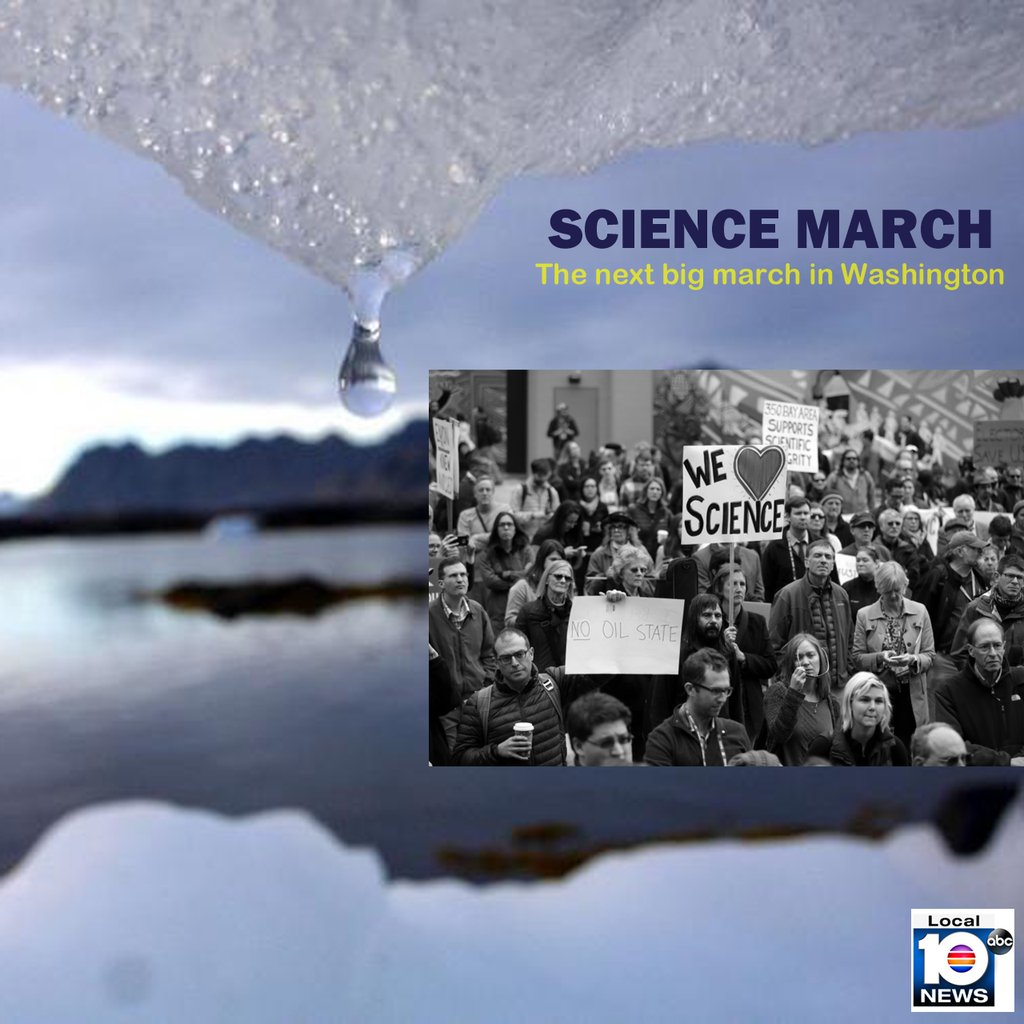