Police: Man with ‘Cop Killer’ tattooed on chest arrested for shooting at officer in Florida City

CORAL GABLES, Fla. – Two South Florida drivers are suing the Florida Department of Transportation for failing to maintain the poles that divide Interstate 95 from its express lanes.

According to the lawsuits, the FDOT and DBI Services "failed to properly maintain, repair and replace the delineator poles which separated the general-purpose lanes from the express lanes, creating large gaps which invited drivers to 'lane dive' or change into the express lanes through the large gaps."

The lawsuits claim that the gaps were there long enough that the FDOT and DBI Services should have known of the hazardous condition.

"We're alleging the state created a dangerous trap for drivers in the express lanes," Ervin Gonzalez, an attorney representing the women,  said. "When they fall down it creates an opening. It creates an attractive nuisance for a driver just to lane dive in. That's pure negligence."

Attorneys claim Garcia and Fleischmann were driving their Harley-Davidson motorcycles in the northbound I-95 express lanes near the Northwest 103rd Street exit in October 2015 when they were struck by a car that illegally crossed over from the general-purpose lanes. The driver of the car, Felix Ortiz, and the car's owner, Yvonne Gonzalez, are also named as defendants in the lawsuits.

"This is a situation where the government is making lots of money in the express lanes and they're putting profits over people and that's just wrong," Gonzalez said.

Garcia and Fleischmann were taken to Jackson Memorial Hospital after the crash. Fleischmann's injuries were so severe that she had to have her right leg amputated above the knee.

"I'm lucky to have my hands still to create my artwork," Fleischmann said. "My work has been very helpful for me to accept myself."

The lawsuits seek a jury trial. 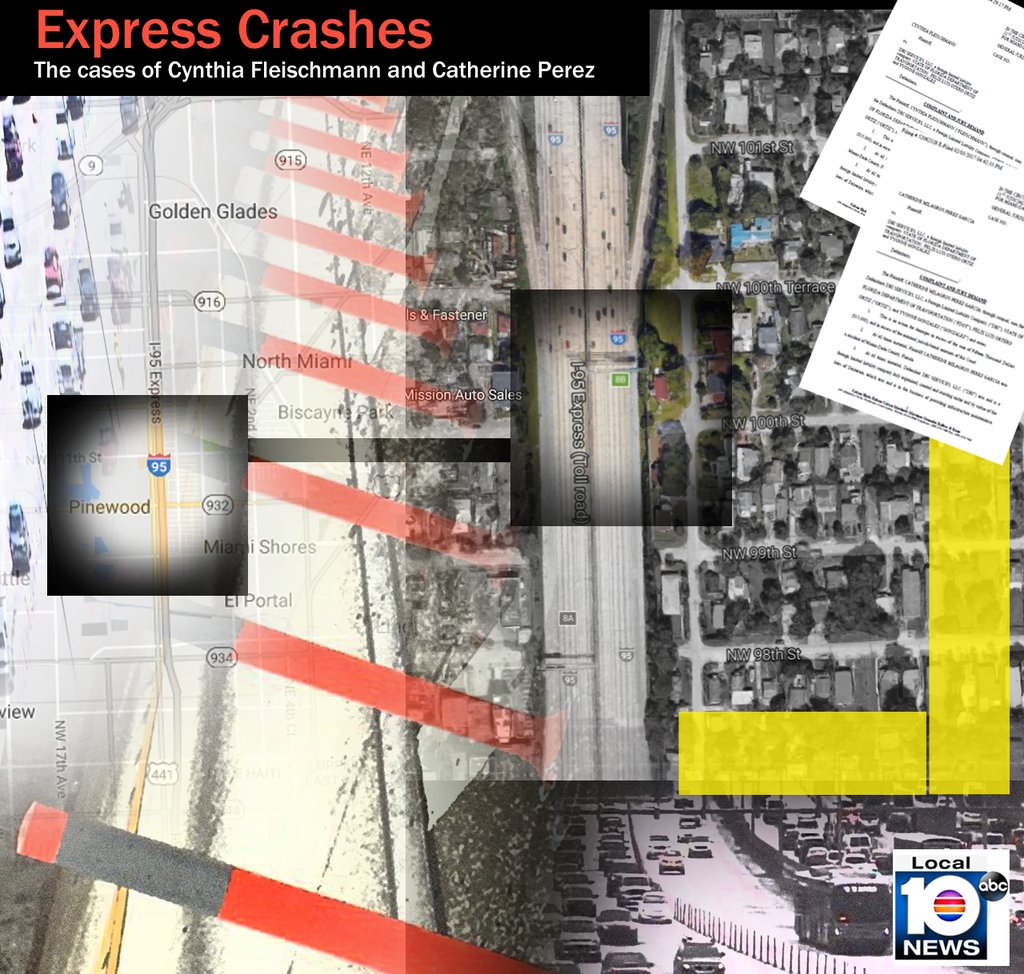