Surveillance video shows a man wearing a reflective work vest getting out of the passenger-side of an 18-wheeler.

Deputies said the large rig pulled away and a large tow truck with its logos covered with black tape appeared. 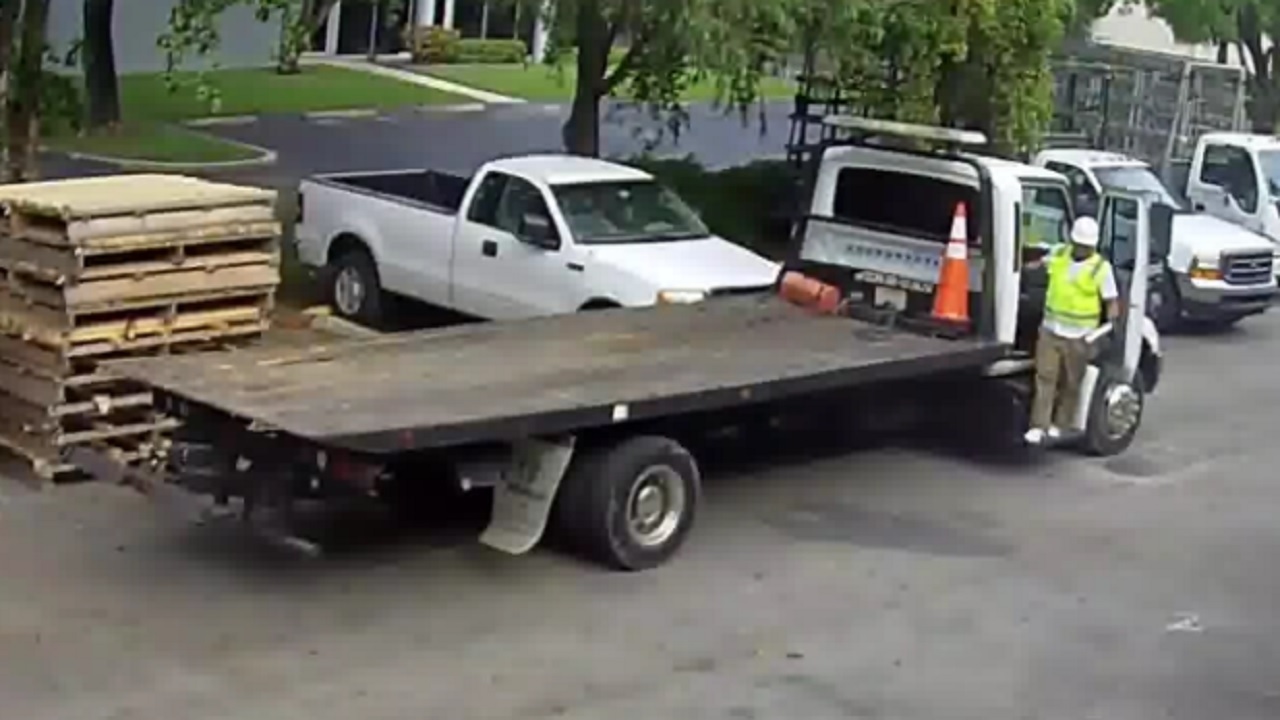 The man stepped into the tow truck and he and the driver pulled up to Crawford Tract.

Deputies said one of the thieves presented employees with fake documents in an effort to prove that he and his so-called co-worker were supposed to take the forklift away.

Authorities said the men were hooking up the forklift, valued at $10,000, to the tow truck when an employee went outside to question the men.

Deputies said one of the thieves walked up to employees and presented the document again, possibly to distract them, as his accomplice quickly dumped the forklift off the truck.

Deputies said both men jumped into the tow truck and drove away.

Surveillance video also shows a red station wagon that was suspiciously parked in the area during the incident. Detectives believe the driver might also have been involved in the attempted theft.

Anyone with information is asked to call Broward Crime Stoppers at 954-493-TIPS. A reward of up to $3,000 is offered for information that leads to an arrest.