Do you recognize this brazen thief? Broward residents need your help

What is the impact of exercise on breast cancer risk and recovery?

Pembroke Pines neighborhood finally getting mail after weeks of confusion

Police said three men stole thousands of dollars from the victims after withdrawing cash from ATM's throughout South Florida.

"Our economic crimes unit has actually been working this case since about May. We've identified six to seven victims," Miami Beach police spokesman Ernesto Rodriguez said.

Police call it skimming when a criminal puts a device on a card reader to steal debit or credit card information during a transaction.

"So as people go in there, they dip their card into the reader. That information is stored and, in this case, on that green globe, where later the subjects will go retrieve it, and then fraudulently create new debit cards to use," Rodriguez said.

Police said all of the victims in this case used an ATM inside Mount Sinai Medical Center on Alton Road.

One victim, who did not want to be identified, told Local 10 News reporter Michael Seiden that the thieves stole $800 from him.

"I didn't know about it until the following morning and $400 was taken from the ATM machine at 7-Eleven," he said.

Surveillance video from inside the 7-Eleven on Alton Road shows a man using the ATM to withdraw money.

Another thief was also spotted on surveillance video outside a BB&T Bank on Michigan Avenue.

The third thief was spotted at an ATM in Sunny Isles Beach.

Investigators believe the trio might be part of a bigger criminal operation.

"This is so common. It is disgusting," the victim said.

Miami Beach police believe there may be additional victims.

A Mount Sinai Medical Center representative said the hospital took the initiative to work with authorities on this case and were proactive to have this investigated and resolved. 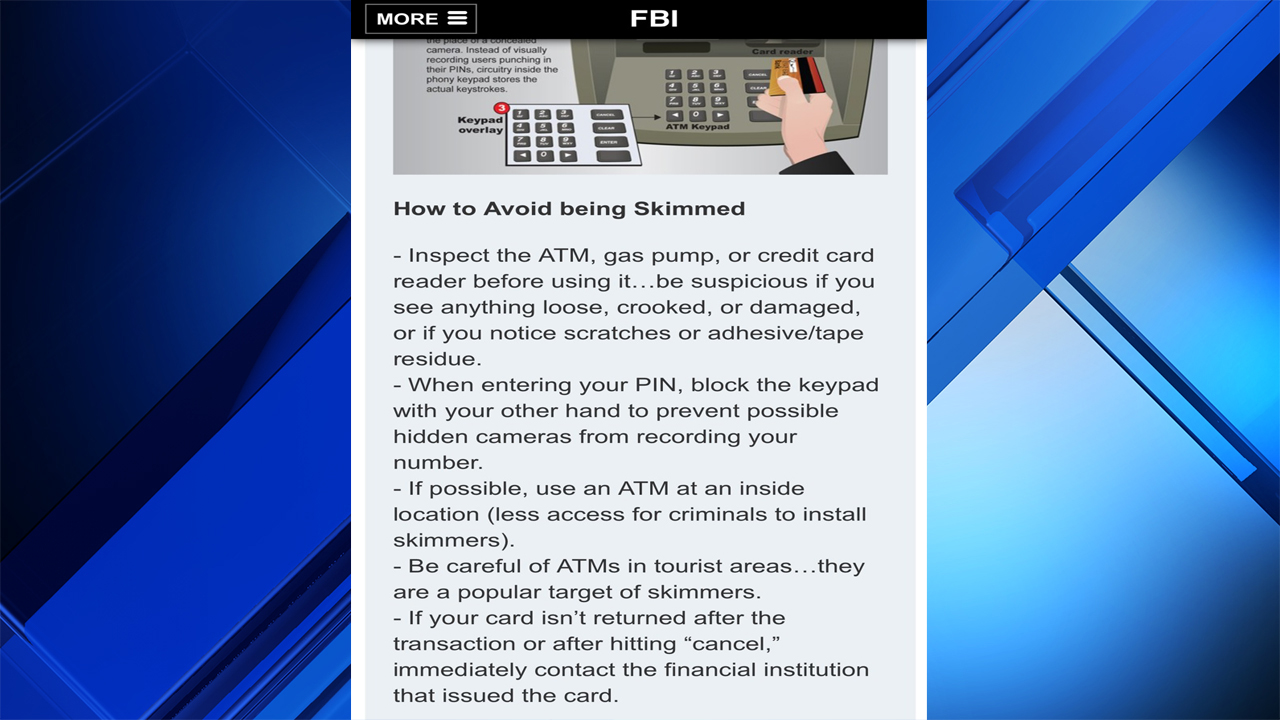