Argueta, 27, captured a violent exchange between the Hurricanes fan and an officer, but he doesn't think his viral video tells the whole story. Before a police officer got involved, Argueta said he saw Freitas "swinging at another lady."

She was "making a scandal" before the end of the game's first quarter at Hard Rock Stadium in Miami Gardens, he said, and everyone between sections 129 and 130 was staring.

"She looked like she had no control of herself and she was refusing to leave the stadium. This is why it took four police officers to get her out," Argueta said.

Detective Alvaro Zabaleta said supervisors were reviewing the incident. Freitas was arrested on charges of battery on a law enforcement officer and disorderly conduct/breach of peace.

The arrest report identified the officer as Detective Douglas Ross and said his strike was meant "to gain compliance and control."

"It looked like he knocked her out," Argueta said.

According to the arrest report, Ross was working in an off-duty capacity, and Freitas, 30, of Pembroke Pines, was "seen arguing with stadium patrons and using profanity in a loud, boisterous manner."

Several attempts were made to calm her down when she sat on the stairs and refused to move, the arrest report said.

Argueta said he first shared the video on Instagram and then everyone else, including Barstool Sports, started sharing it.

"It's crazy, that kind of moment, but it's even crazier to have it go viral like that," Argueta said. "It's a common thing to have violence during arrests like that. She was uncontrollable and I just knew something like that was going to happen."

Records show that Pembroke Pines police were called to a July 2012 incident involving Freitas, who was arrested on a battery charge. 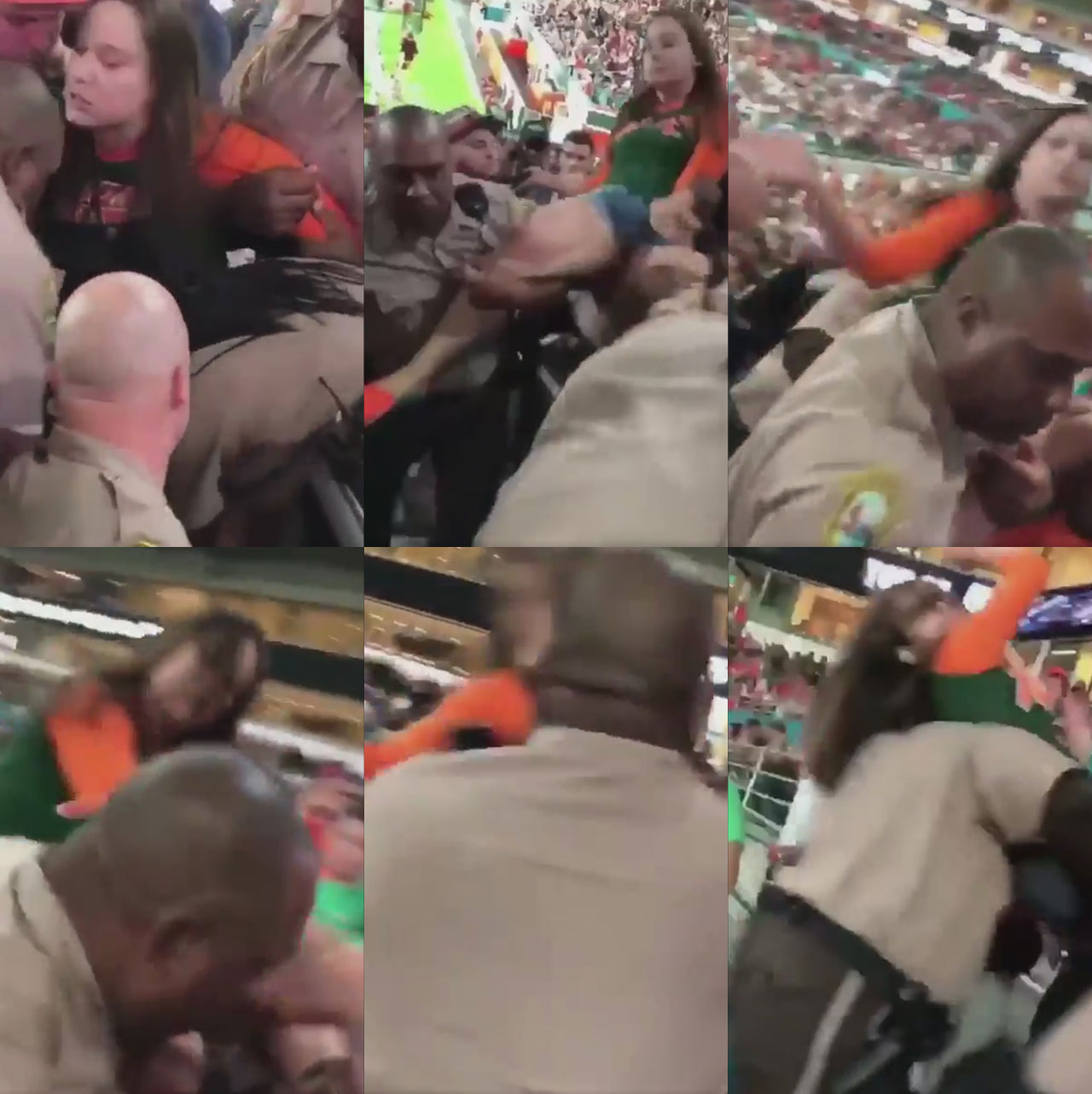