Driver, passenger jump out of SUV in crash that killed bicyclist

PEMBROKE PINES, Fla. – A 26-year-old man was struck and killed by an SUV early Sunday morning while riding his bicycle in Pembroke Pines, police said.

Jonadin Saint-Louis died at the scene of the crash at about 3:20 a.m. in the 1200 block of South University Drive.

Alexandra Olivier told police she was driving the black 2013 Hyundai Tucson north along University Drive when she and her passenger, Paula Santiago, heard a loud "bang."

Olivier, 19, and Santiago, 20, said the airbags deployed. Fearing the SUV was on fire, they jumped out of the car, Baker said.

"The driver told the passenger, 'Get out, get out, get out,' and they jumped out of the car, and the car continued northbound with nobody in it," Baker said.

Eventually, the SUV crashed into a concrete pole about 12 blocks away from where the man's body and mangled bicycle were found.

A passerby reached into the SUV and turned off the ignition to prevent any further harm, Baker said.

Olivier and Santiago were taken to hospitals to be treated for their injuries. Olivier's uncle, Frantz Olivier, said his niece suffered "very bad bruising" from the jump.

The crash remains under investigation. 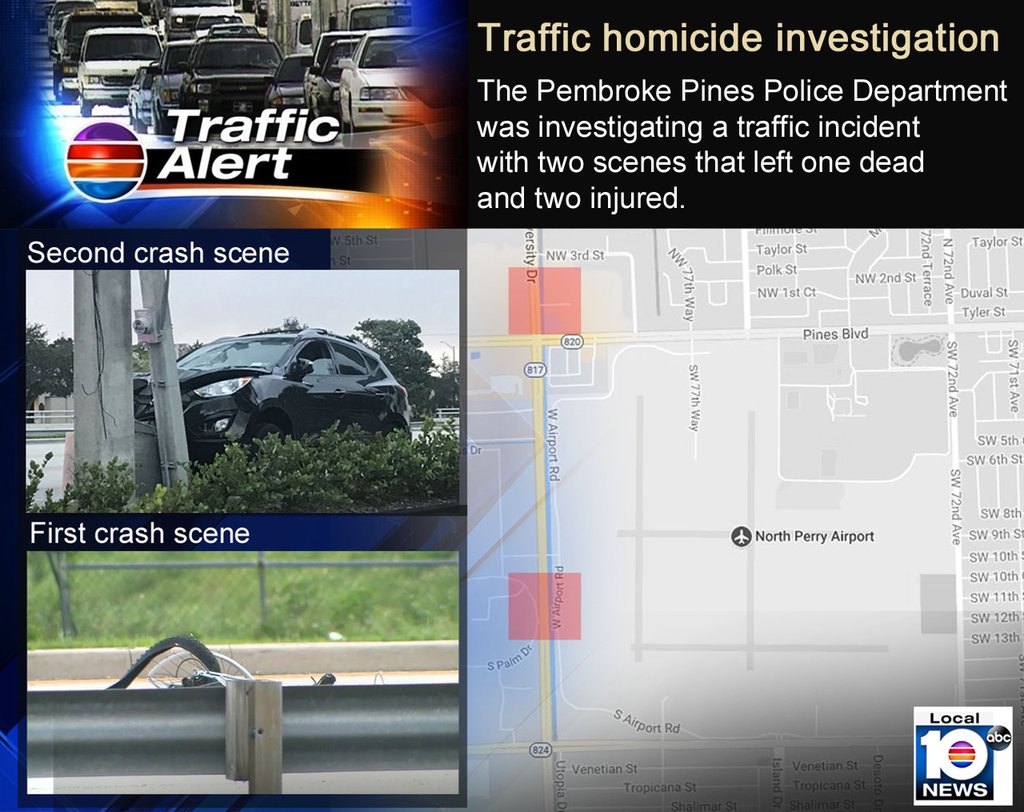