Here is what you need to know about Castro's successor

HAVANA – Miguel Diaz-Canel, a disciplined Marxist and former university professor, is Raul Castro's successor. His official confirmation will be announced on Thursday.

Here is what you need to know about the Cuban National Assembly's 57-year-old sole candidate:

Born after the Cuban revolution

He was born in the province of Villa Clara, and earned an electrical engineering degree from the Universidad Central Marta Abreu de Las Villas in 1982.

Ramon Silveiro, an LGBTQ activist in Santa Clara, told Reuters the father of two was among the political leaders who supported the cultural activities of the El Club Menjunje, a haven for LGBTQ bohemians in Santa Clara. He was known for his long hair and riding his bicycle, The Guardian reported.

After a year of working for the Communist Party in Villa Clara, he served as a provincial committee party leader until he was named first secretary of the province of Holguin in 2003. He divorced his first wife and later wed Lis Cuesta Peraza.

In 2009, Raul Castro ordered him to move from Holguin to Havana to become his higher education minister and about four years later entrusted him with his market-oriented reforms as vice-president.

There were concerns among Cubans in Miami about a leaked video in which Diaz-Canel accused diplomats from the U.S., Britain, Germany, Spain and Norway of "subversive activity" and said the final objective of the U.S. was to "destroy the revolution."

Juan Hidalgo, a CATO Institute analyst, said Diaz-Canel is just warming the seat for Castro's 52-year-old son, Alejandro Castro Espin, a colonel in the interior ministry who was not nominated to the National Assembly, according to Newsweek. Hidalgo is among the experts who believe Castro Espin is protecting his father and will take over in 2021.

Lincoln Diaz-Balart, a former Republican representative from Florida, believes the transition is of little significance and referred to Diaz-Canel as a "servant" of the Castros, while comparing him to Osvaldo Dorticos, a loyal Fidel Castro follower who served as Cuban president from 1959 until 1976.

The Cuban government asked Cubans to use the hash tag "Somos Continuidad," Spanish for "We are Continuity," to discuss the transition on social media. Oswaldo Paya's daughter Rosa Maria Paya, referred to the process to elect Diaz-Canel as theater.

"Just one candidate proposed," she tweeted. 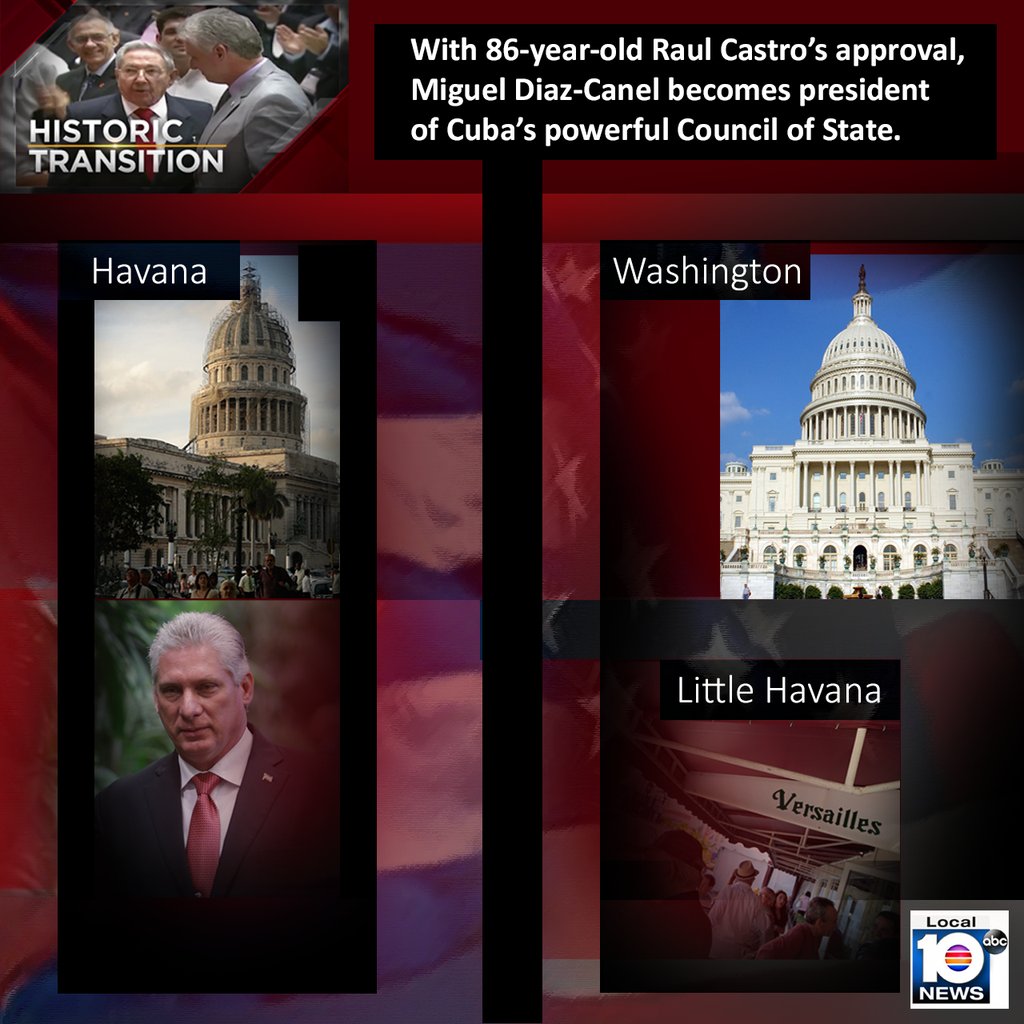