FORT LAUDERDALE, Fla. – When a gunman opened fire at Fort Lauderdale-Hollywood International Airport last year killing five people, Broward sheriff’s deputies were not present to confront the shooter because they were attending a retirement party, a lawsuit filed on behalf of a shooting victim alleges.

The lawsuit filed on behalf of shooting victim and grandmother Olga Woltering, 84, claims deputies were attending the party on airport premises at the time Esteban Santiago began his shooting spree in Terminal 2 that also left six injured.

"BSO failed to provide law enforcement support at the airport by not being present in the baggage claim at the time of Santiago’s shooting," the lawsuit alleges. "Rather, members of BSO were having a retirement party in a conference room for Detective John Donadio."

Attorney David DiPietro said his private investigators confirmed that the party was taking place and that a witness reported seeing a cake and other party favors after being escorted to BSO’s airport district office. He said there should have been a deputy stationed in the baggage area at the time the shooting began.

Witnesses have confirmed there were no deputies present in the immediate area at the time. In fact, it was a deputy on the second floor, Jesse Madrigal, who was the first deputy on scene, according to Sheriff Scott Israel. Madrigal made his way down a flight of stairs and arrived after Santiago had already run out of bullets and was lying face down on the floor to surrender.

Israel recently used the example of Madrigal to offset the actions of now former Deputy Scot Peterson during the Valentine’s Day shooting at Marjory Stoneman Douglas High School that left 17 dead. Peterson and other deputies failed to enter the school while students and staff were being slaughtered.

"[Madrigal] didn’t get on the radio, he didn’t call me," Israel said during a speech at a Pompano Beach church on May 14. "He didn’t say, ‘Mother, may I.’ And he took the subject into custody 72 seconds after he fired his first shot."

Shooting eyewitness Mark Lea, who placed his foot on Santiago’s gun after he laid down and helped care for the wounded, said he was troubled by the allegation that deputies were out of their posts during the shooting.

"If they were not at their posts like they should have been doing, I would have some issues with that," said Lea.

Despite numerous investigations, including an extensive investigation done by BSO itself that found serious flaws in the agency’s response, there has been no mention of a retirement party. Local 10 requested comment from BSO in an e-mail late Thursday and will update this report with any response from the sheriff or his agency. 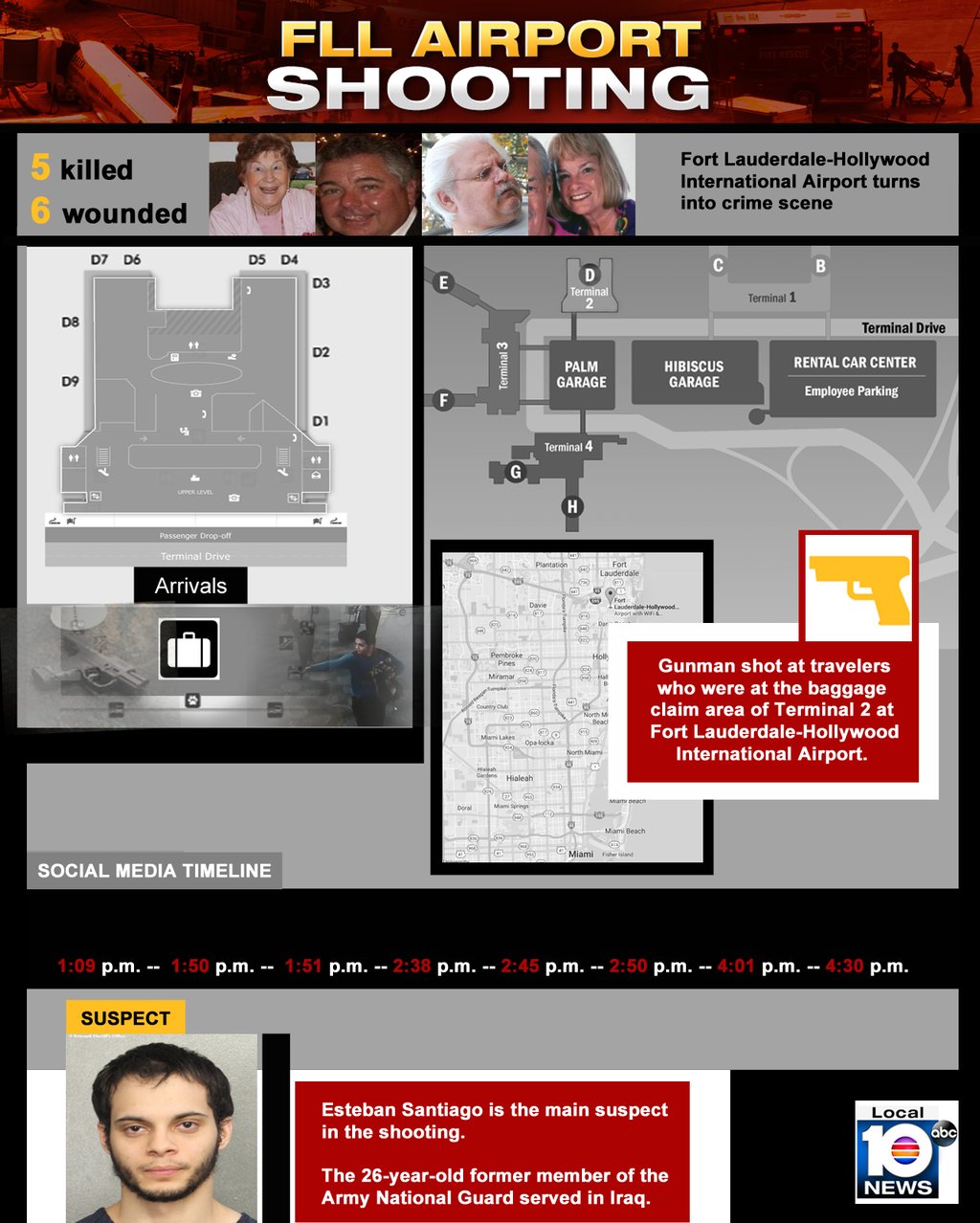