On the loose for months, giant lizard captured in Davie

Asian water monitor had been kept as a pet, neighbors say

Neighbors in the Nob Hill community were concerned that the large lizard, which is around 6 feet long and weighs about 100 pounds, could pose a threat to pets and small children.

According to experts, while they're not known to be deadly to humans, an Asian water monitor's bite can be very painful.

Neighbors told Local 10 News in August that a woman who lives nearby said the lizard is her pet. The Florida Fish and Wildlife Conservation Commission said it's legal to keep the animals as pets.

The Lieberman family was one of the neighbors who spotted the monitor in August. They filmed the lizard roaming around their backyard near their pool.

"Everybody is relieved. Once I posted to the Next Door app that this thing had been caught, everybody let out an exhale, a sigh of relief that they can enjoy Treetops Park  and the ridge on Nob Hill still," Zack Lieberman said.

Lieberman said he was surprised that it took so long to capture the animal, but he said the nearby nature preserve gave the lizard a lot of hiding spots.

"This thing was fast, real fast. Scary to a young child or even a female walking through. It could catch you by surprise. We're glad that we don't have to worry about that anymore," Lieberman said.

He said he hopes the monitor will find a new and more secure home.

"I was somebody's pet, whether the owner should have it back, that's debatable, but it should definitely go to a safe place. I don't want to see anything bad happen to it," Lieberman said. 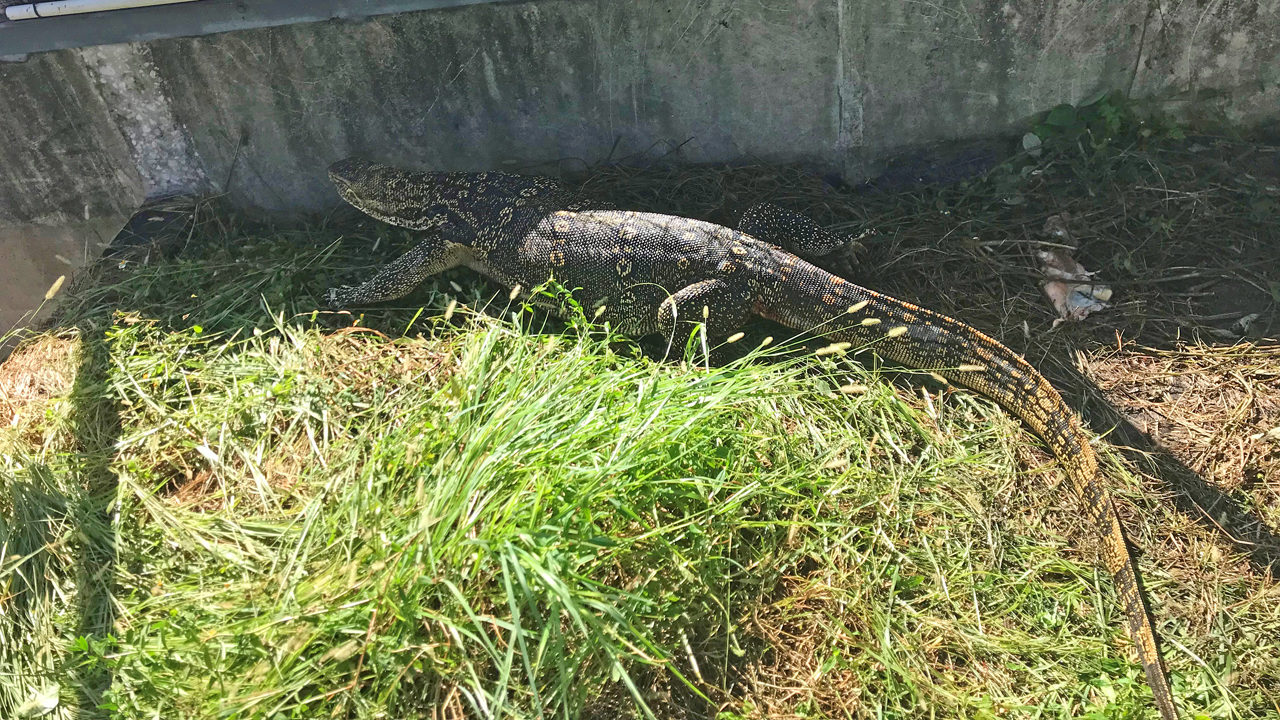