Officers had a warrant to look into narcotics activity; specifically, the distribution of black tar heroin, according to the Houston Police Department.

"We have several officers that have been struck by gunfire," police Chief Art Acevedo said earlier in the day. "The situation at the shooting scene is still fluid. Please pray for our officers and their families."

Our news partner in Houston, KPRC-TV, reported that two of the officers were flown by a medical helicopter for treatment. 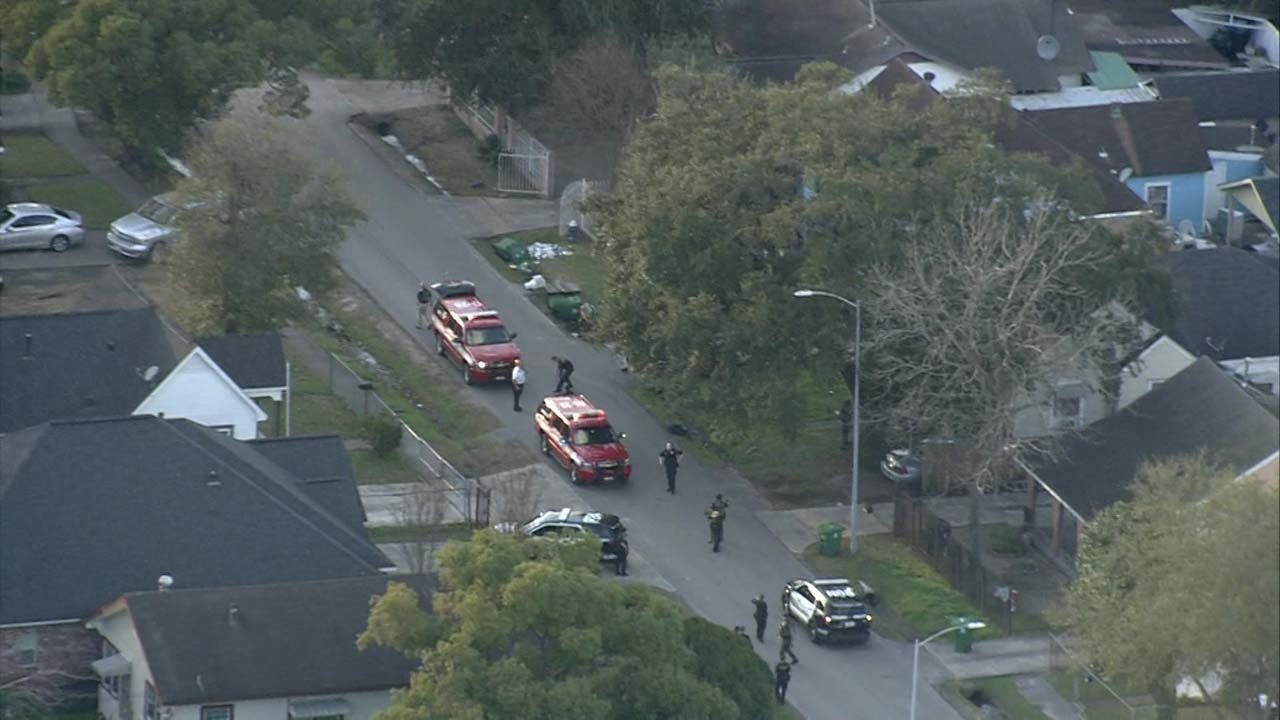 Twelve narcotics officers and six patrol officers arrived at a home at 4:15 p.m. local time, police said. As authorities approached the front door of the residence, around 5 p.m. while announcing their affiliation with Houston PD, they were met with gunfire from at least one of the two suspects, Acevedo said.

Four officers, ages 50 to 54, were hit with gunfire and another officer, 33, suffered a knee injury in the shootout.

Acevedo said two officers are in surgery, in critical but stable condition. Both were hit by gunfire in the neck area. The other two were injured by gunfire, one in the shoulder, but are expected to make a full recovery.

A 54-year-old case agent leading the narcotics team was one of two critically injured officers, Acevedo said, adding that this case agent has been shot on the job several times before.

Houston police officers used robots to search the residence after a SWAT standoff. Investigators confirmed two suspects were found dead inside the house, from gunshot wounds.

Around 7 p.m., police said the scene was secured and people in the area were allowed back into their homes.

Texas Gov. Greg Abbott said the shooting was a “solemn reminder” of the service and sacrifices made by officers.

“The city of Houston and the Houston Police Department will have whatever state resources they need to bring swift justice to those involved,” Abbott said in a statement.

Around 9 p.m., police said the officer who was shot in the shoulder has been released from a hospital. The other injured officers will remain hospitalized overnight.

Refresh this page for updates on this developing story.

Dawn is a Digital Content Editor who has been with Graham Media Group since April 2013. She graduated from Texas State University with a degree in electronic media.