Study looks at complication rates for MS patients with COVID-19

On first day of COVID vaccines for 12 to 15 year olds, plenty of South Florida sites ready to accommodate

ORLANDO, Fla. – A Transportation Security Administration officer was killed Saturday morning after jumping from a hotel balcony into the atrium of Orlando International Airport, authorities said.

The incident caused the Federal Aviation Administration to briefly ground all flights, causing delays and massive lines at security checkpoints, which were closed because of the suicide.

Sgt. Eduardo Bernal, a spokesman for the Orlando Police Department, said the officer jumped from an upper floor of the Hyatt Regency Hotel into the atrium area of the airport, where some security checkpoints begin.

Paramedics transported the man, who was in his 40s, to a local hospital, where he was pronounced dead.

Police called the suicide an isolated incident and said reports of other security issues were false.

"We are working closely with our partners at @TSA and @MCO to restore normal airport operations. We ask that you have patience with airport personnel as they work through this tragic incident," the department said on Twitter.

Jim Gregory, a spokesman for TSA, said the officer had just finished his shift when he jumped.

Souces told ABC News that investigators believe the incident was a "statement suicide," designed to send a message to the public.

The officer’s personal andwork histories are now being examined and his social media is being dissected to determine what prompted the apparent suicide, the sources said.

The incident caused several security checkpoints to be breached, a spokesperson for the airport said.

"In an abundance of caution, all passengers are being rescreened and in bound aircraft for airsides 2 and 4 may be delayed.  Allow extra time for screening as some there may be delays in the process," the airport said in a statement.

James Shaw, a guest at the hotel, said he saw the TSA officer climb over the railing of the one of the balconies that overlook the atrium.

"Thought it was strange and then thought he may be observing the security area below since he was TSA. I wish I would have said something to him," Shaw said.

As of shortly before 3 p.m., 97 flights from the airport had been delayed, and 45 were canceled, according to the flight-tracking site FlightAware.com. Dozens of flights coming into the airport also were delayed or canceled. 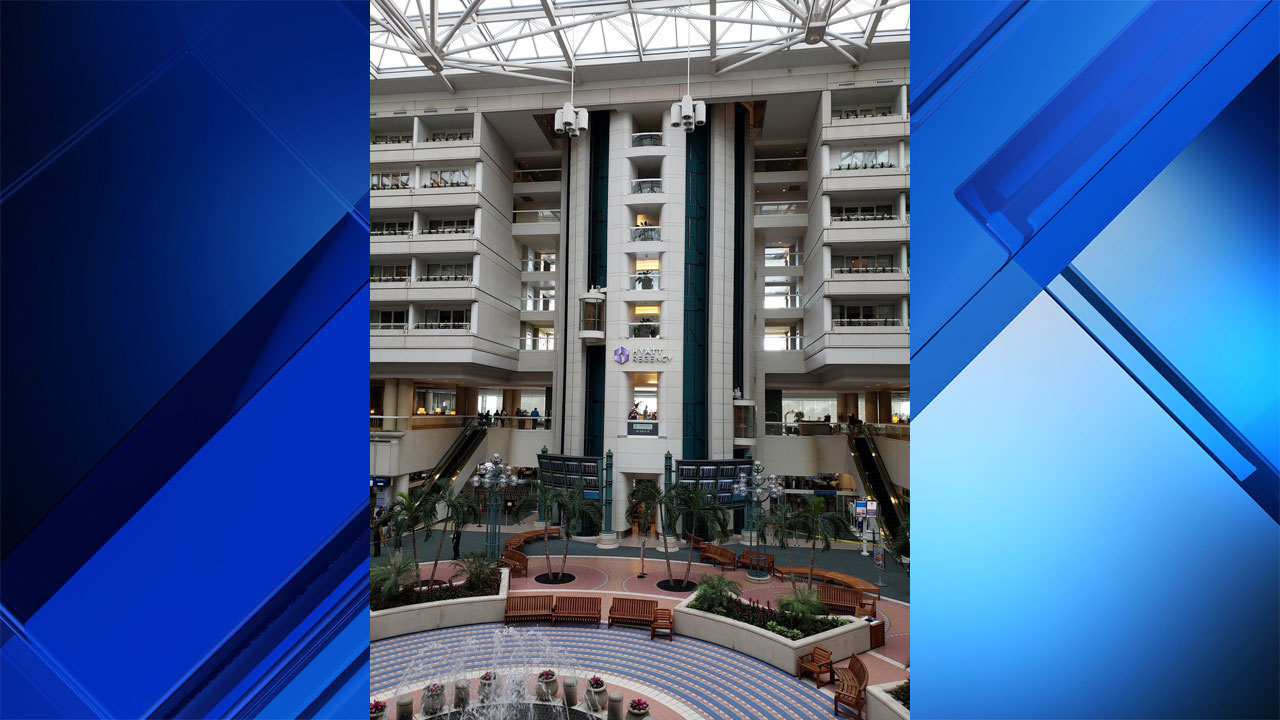 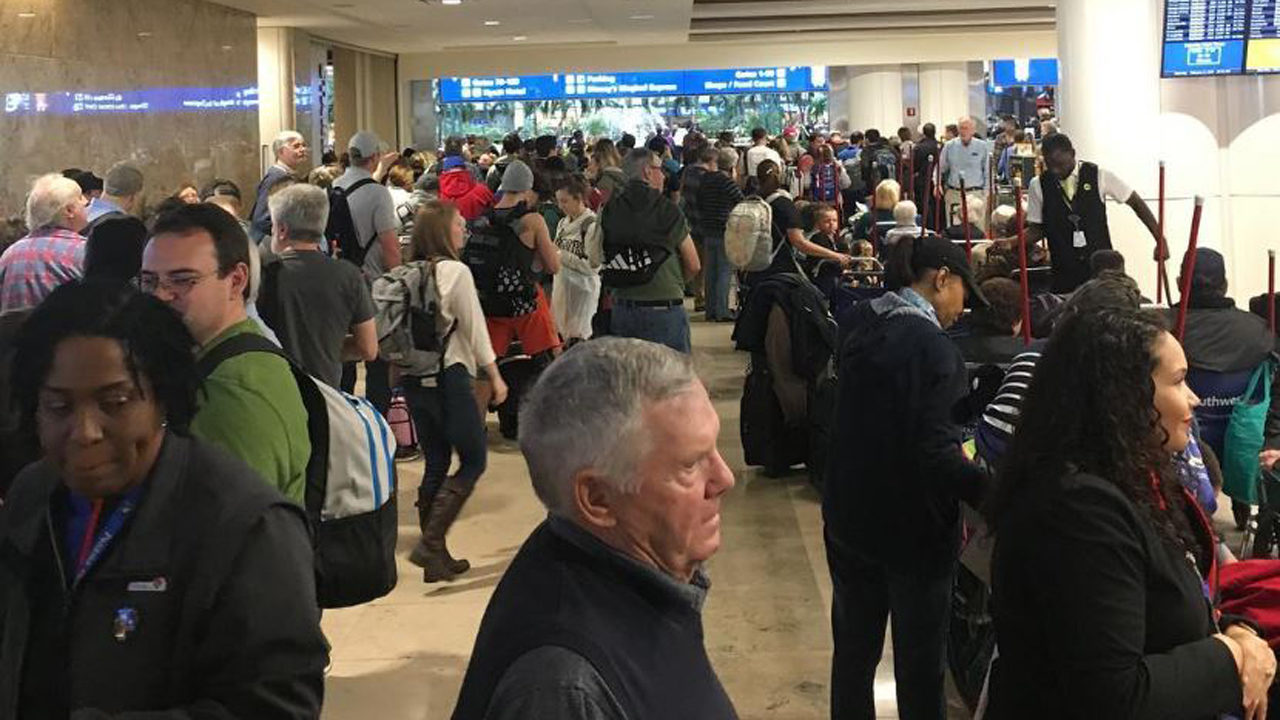