3 dead after cargo plane from Miami crashes outside Houston

MIAMI – Three people were killed after a cargo plane that departed from Miami crashed Saturday into Trinity Bay near Anahuac, Texas, authorities said.

Lynn Lunsford, a spokeswoman for the Federal Aviation Administration, said the twin-engine Boeing 767 cargo jetliner crashed just before 1 p.m. The 26-year-old plane was carrying goods for Amazon and was labelled "Prime Air" for the online retailer's free-shipping membership program.

The Chamber County Sheriff's Office said the Federal Bureau of Investigation is now assisting with the crash investigation.

Deputies said they have found human remains at the scene of the crash, but not in the cabin of the plane.

There also hasn't been any black boxes found yet, deputies said.

National Transportation Safety Board chairman Robert Sumwalt said the aircraft was descending until about 6,300 feet, when it began a "very, very rapid descent."

NTSB officials were supposed to arrive in Texas on Saturday evening to meet with FAA reps, local law enforcement and representatives from Atlas Inc.

A big priority will be to recover the black boxes, Sumwalt said.

"When I got out there, it was just floating debris. Everything from bedsheets to women’s clothing to cardboard boxes to a lot of fiberglass. Then as we got closer, we started seeing plane debris," Hawthorne said. "Knowing what I saw, I can't believe anyone could survive it."

Witnesses told authorities that they saw the plane crash nose-first into the bay, Hawthorne said. The sheriff said first responders found debris no larger than 50 feet across.

The Sheriff's Office said deputies located the plane at the north end of Trinity Bay.

The FAA and the National Transportation Safety Board are investigating the cause of the crash.

According to Atlas Air Inc.'s website, the company transports items from "precious perishables or heavy construction equipment to arranging passenger charters for celebrities or dignitaries."

"We can confirm there were three people on board the aircraft. Those people and their family members are our top priority at this time. Atlas Air is cooperating fully with the FAA and NTSB, " the company said in a statement. 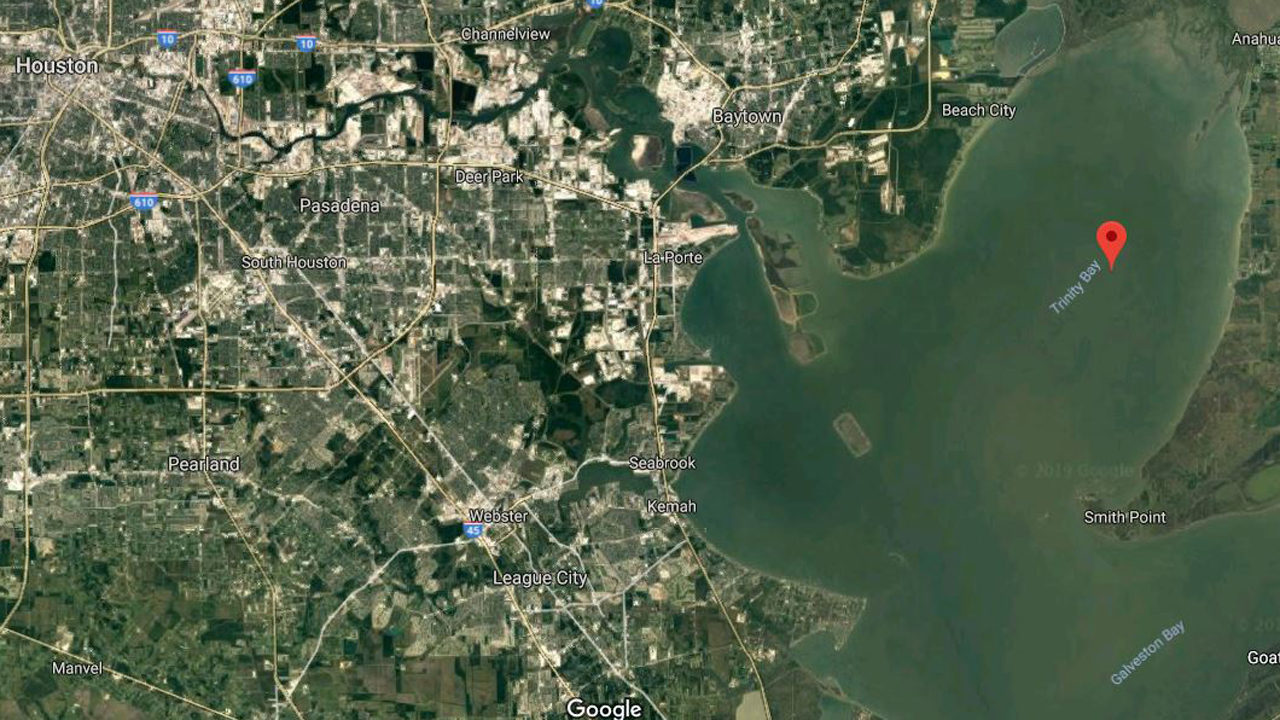