DAVIE, Fla. – A driver was killed Sunday after crashing his Tesla into a tree along Flamingo Road in Davie, authorities said.

The crash caused the Tesla to burst into flames.

Paramedics pronounced the driver dead at the scene. Witnesses at the scene said the Tesla was traveling at a high rate of speed before the crash.

"There was just no way anybody could have saved whoever was in there," witness Mark Dodds, who lives nearby, said.

Police closed a portion of the southbound lanes of Flamingo Road near the crash.

In May, two teenagers were killed when their speeding Tesla crashed into a wall in Fort Lauderdale. The crash caused the car's electric battery to catch fire.

The National Transportation Safety Board found that the Tesla's lithium ion battery, which was the source of the fire, reignited twice -- as police transported the car away from the crash scene and again when investigators tried to remove the battery from the burned-out remains of the vehicle.

Tesla has defended its electric-powered cars, saying high-speed collisions can cause fires in both gas and electric vehicles. 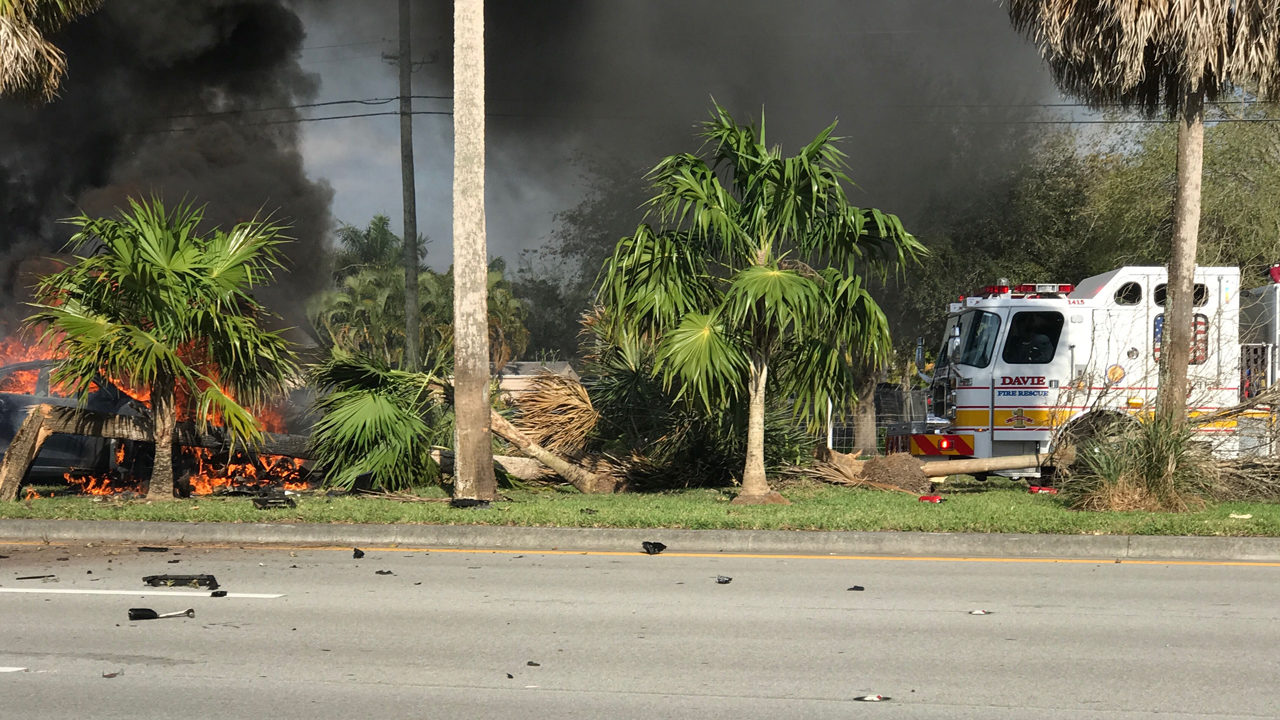 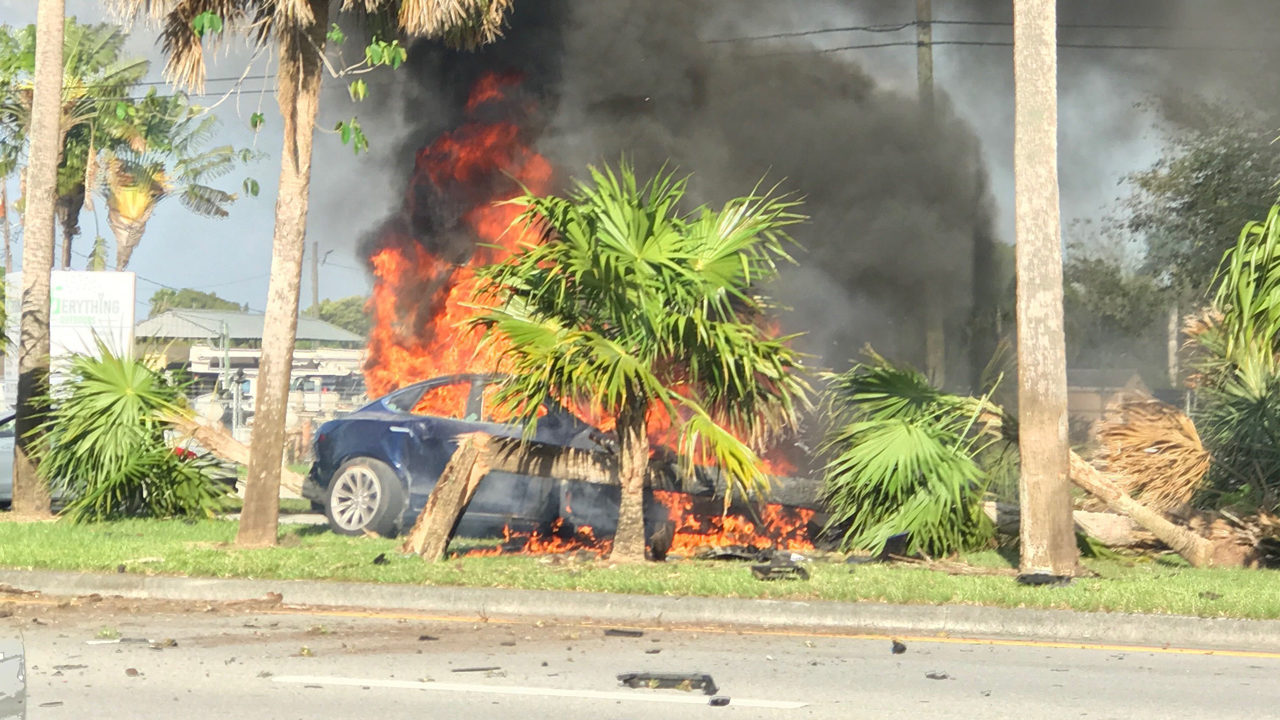 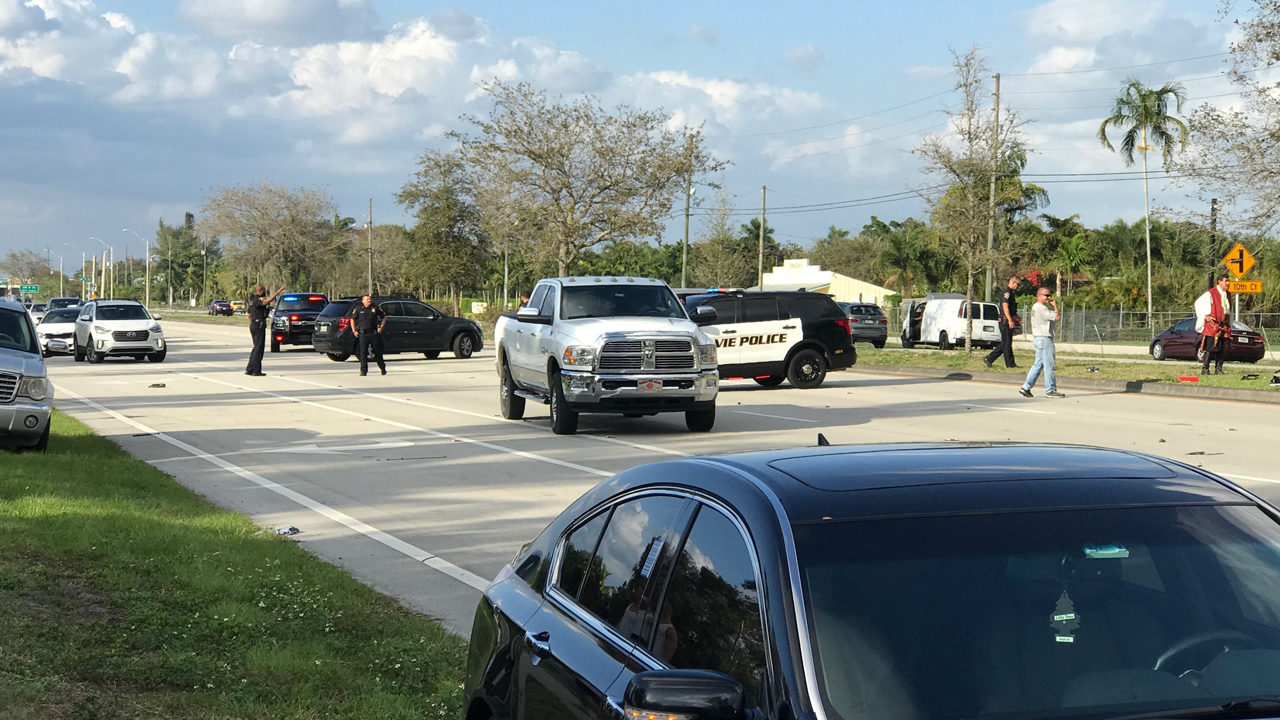