Gina Carter, a spokeswoman for the Broward County Sheriff's Office, said the deputy was driving an unmarked truck with its lights and sirens on when it was struck by a car that did not yield around 2:45 p.m. at Lyons Road and West Atlantic Boulevard.

The view from Sky 10 showed the black truck flipped over on the roadway.

The Coconut Creek Police Department said the deputy and the driver of the car were taken to a local hospital for treatment. Their injuries were described as not life-threatening.

Carter said investigators have shut down the westbound lanes of Atlantic Boulevard. Coconut Creek police warned that traffic would be affected in the area for several hours.

This is a breaking news story. It will be updated. 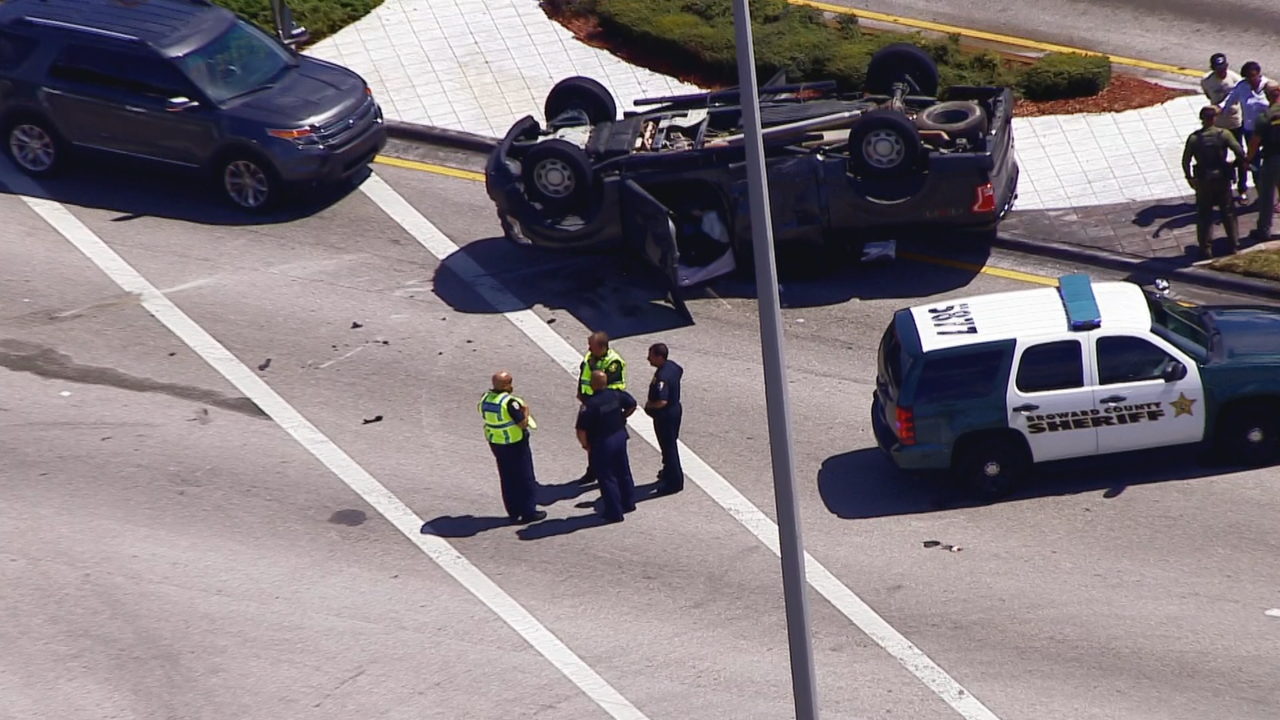