Venezuelan diplomats who are loyal to Juan Guaidó are making their efforts to work more closely with U.S. President Donald Trump's administration and Florida lawmakers public.

Guaidó's U.S. ambassador, Carlos Vecchio, sent a letter Saturday to Craig S. Faller, the commander of the U.S. Southern Command, requesting a meeting. The letter published on social media says Vecchio is ready to discuss the U.S. assistance that was offered.

"We welcome the strategic and operational planning so that we may fulfill our constitutional obligation to the Venezuelan people," Vecchio wrote.

Guaidó is asking the U.S. for assistance with his efforts to oust Nicolás Maduro, who still has the support of the Venezuelan military top brass, and to help the Venezuelans who are suffering because of the economic crisis.

U.S. immigration laws have challenged the asylum bids of Venezuelan migrants in South Florida. The United Nations estimates there were at least 70,000 Venezuelan asylum-seekers in the U.S. from 2014 to 2018. The U.S. Citizenship and Immigration Services experienced an 88 percent increase in asylum petitions in 2017.

"There is no reason not to protect Venezuelans that are here," Rep. Donna Shalala told Local 10 News during a news conference Monday. "Even if the Maduro government failed tomorrow, they would still need to be protected here for a period of time." 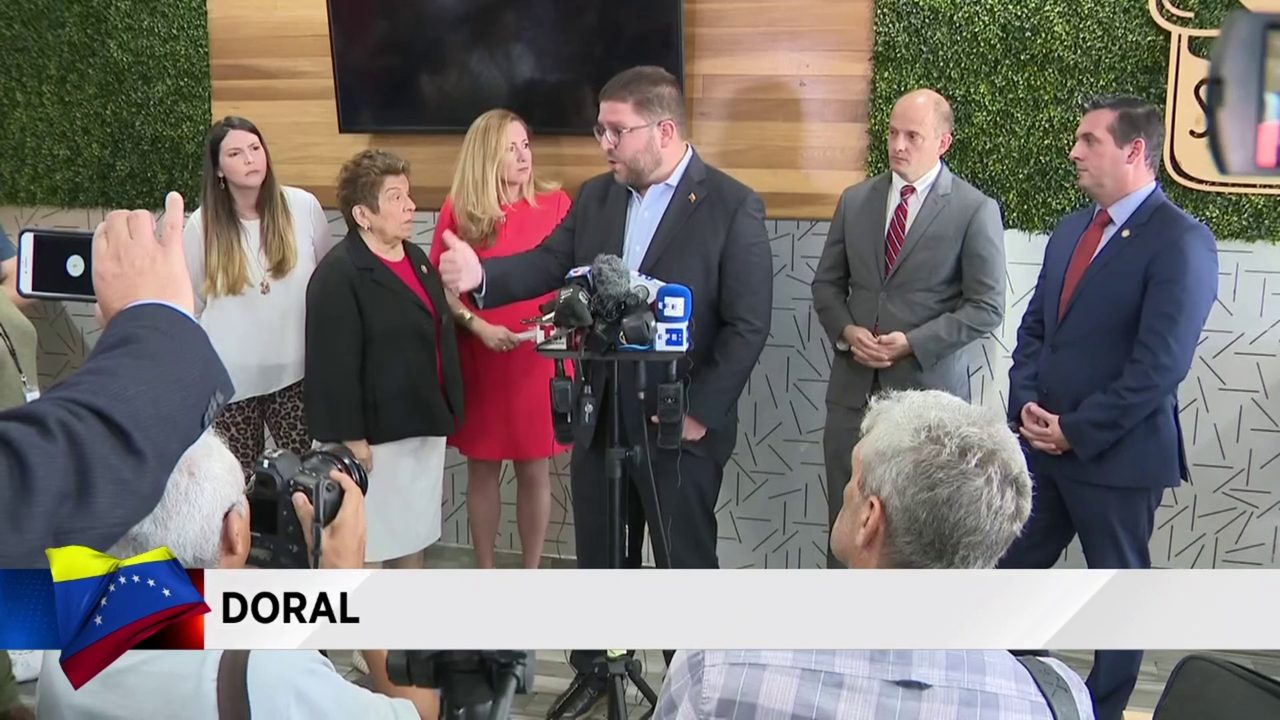 Shalala and Rep. Debbie Murcarsel-Powell met with Vecchio's senior aide, Gustavo Marcano, to announce they are working together to help keep Venezuelan migrants from being deported from the U.S. through a temporary protected status.

Rep. Darren Soto, a Democrat, introduced the Venezuela TPS Act of 2019 and Rep. Mario Diaz-Balart, a Republican, co-sponsored it in January.