Police: 2 in custody, 2 hospitalized after shooting at Aventura Mall

Trooper struck by car in hit-and-run crash in Hollywood

HOLLYWOOD, Fla. – A Florida Highway Patrol trooper was struck by car in a hit-and-run crash Saturday in Hollywood, authorities said.

Authorities said the BMW, with a temporary tag, left the turnpike off the Hollywood Boulevard exit and did not stop to help the trooper.

Paramedics transported the trooper to Memorial Regional Hospital. His injuries were described as not life-threatening. Feola said he had cuts on his head. 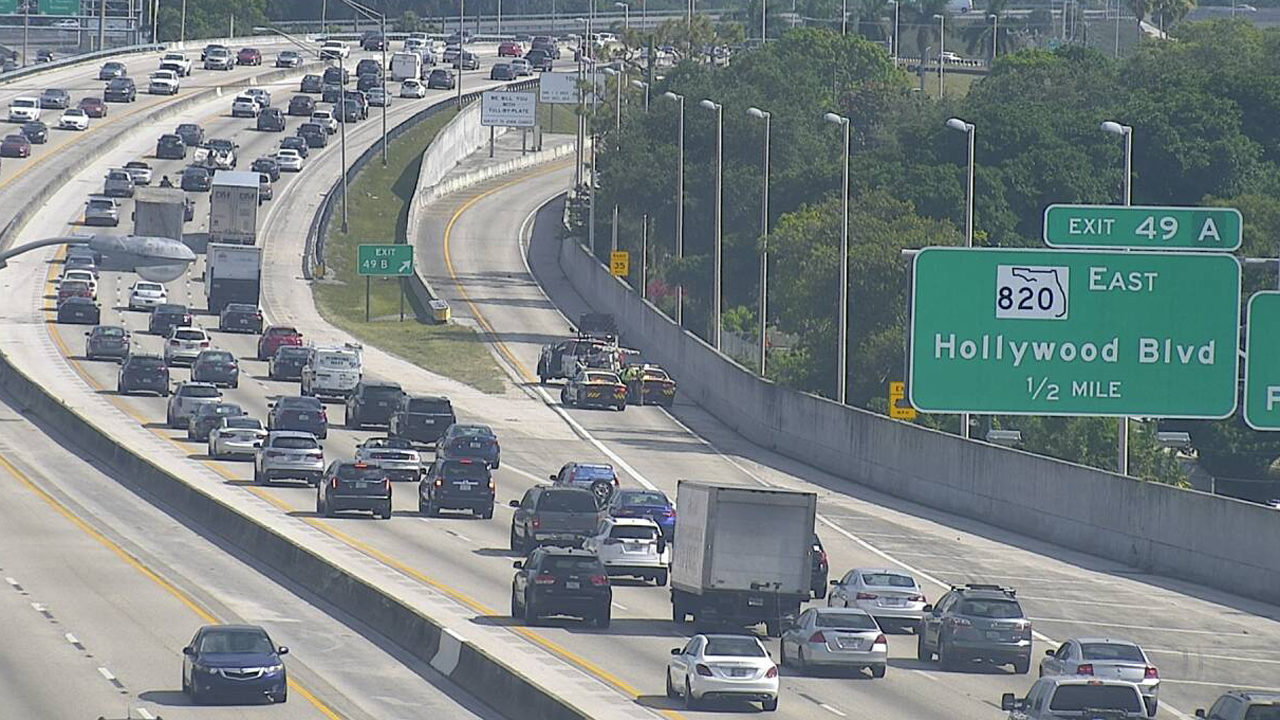