Subtropical storm in Mid-Atlantic gets name

The nor'easter offshore of the northeast is now SUBTROPICAL STORM MELISSA. And we're watching the southwestern Caribbean for tropical development. No effect on Florida is expected.

Thunderstorms have now wrapped around the center of the nor'easter off the Northeast coast enough that the National Hurricane Center has designated the system SUBTROPICAL STORM MELISSA. It is called a "subtropical" storm because it is a hybrid — part nor'easter and part tropical system. It is a distinction without a difference in terms of the weather along the coast.

In fact, the consolidation around the center is having the effect of pulling the strong winds estimated at 65 mph away from the New York coastline, although some bands of gusty rain are still affecting southeastern New England. No watches or warnings have been issued for the coast. The tides are still running very high in the Mid-Atlantic and Northeast, however, especially on north and east facing shorelines. 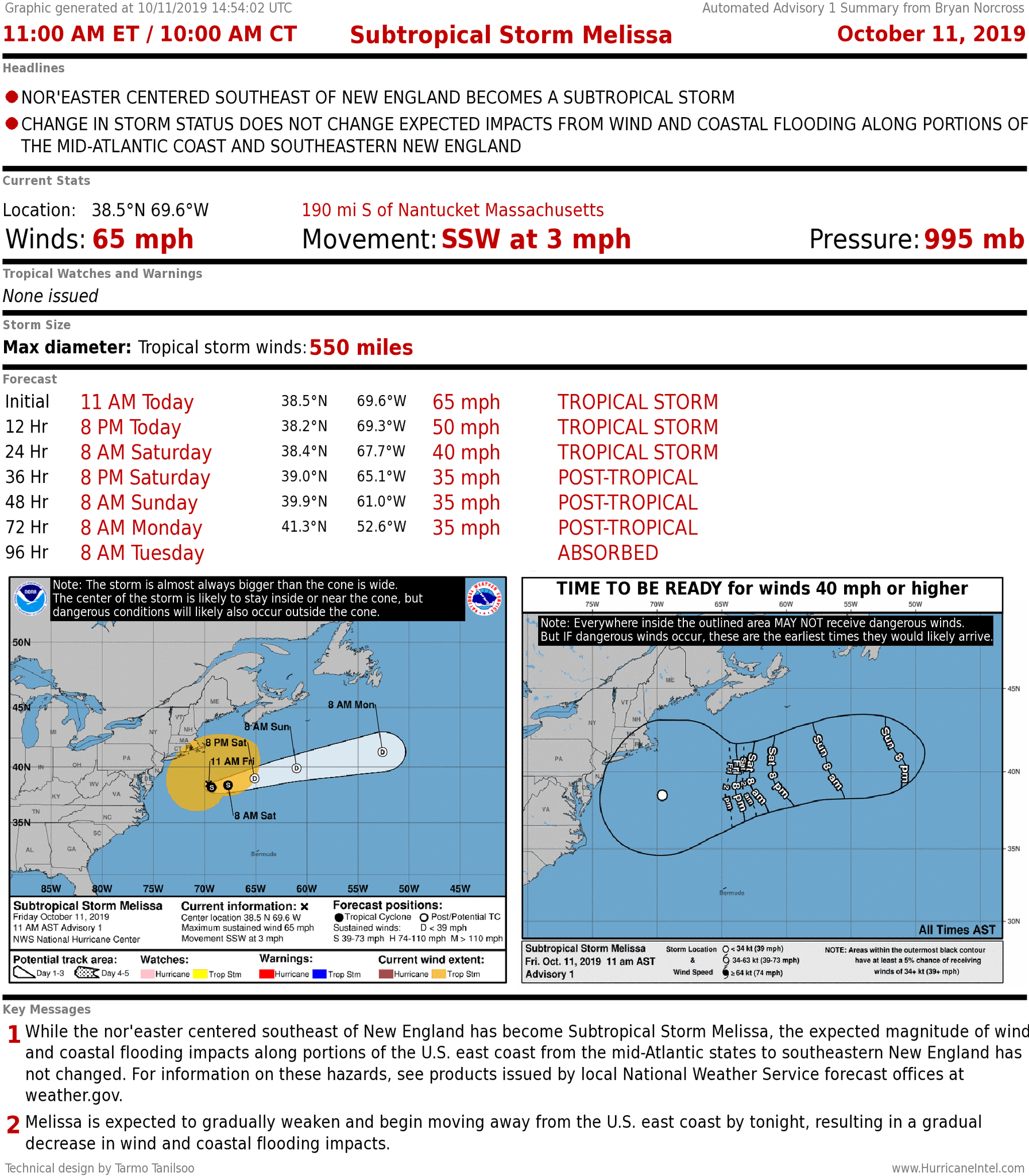 The storm will begin to move out to sea tomorrow. We are watching a broad AREA OF DISTURBED WEATHER extending from the southwest Caribbean across Central America into the Pacific. Some computer forecast models indicate that an organized circulation might spin off from that area and move toward the Yucatan Peninsula and the southern Gulf of Mexico.

The odds of anything significant developing are low over the next several days, and even if it does, the system is likely to move over or near Honduras, Guatemala, and Belize in Central America. It is also possible the disturbance will organize on the Pacific side. There is no threat to Florida.

In the long range, if the system gets into the southern Gulf of Mexico, we'll watch it for the Gulf Coast.

Over AFRICA, computer forecast models show a system developing that may move out over the Atlantic. Even if it does, it is not forecast to make it very far west.

ELSEWHERE, no tropical development is expected.