Trump arrives to Doral after rally in Jacksonville

An area of disturbed weather is slowly coming together in the extreme southwestern Caribbean Sea. And an unusual tropical disturbance is forecast to develop near Africa.

An AREA OF DISTURBED WEATHER is trying to consolidate in the southwestern Caribbean Sea.  It has a slight chance of organizing into a tropical depression before it moves over Central America. Flooding rain is a threat over Honduras, Belize, Guatemala, and southern Mexico.

The disturbance is part of a large area of tropical moisture that is forecast to straddle Central America for the next few days. Toward the end of the week, a more organized system might develop on the Pacific side of Mexico and/or in the extreme southern Gulf of Mexico.

Toward the end of the week, if we get a system in the southern Gulf, we’ll watch it for effects on the north or northwestern Gulf Coast.  No effects in Florida are expected.

MELISSA consolidated its thunderstorms near the center enough to be technically called Tropical Storm Melissa.  Now the system is weakening well offshore, and is forecast to die out later today.  The remnants of Melissa will be absorbed into a North Atlantic cold front in a few days. 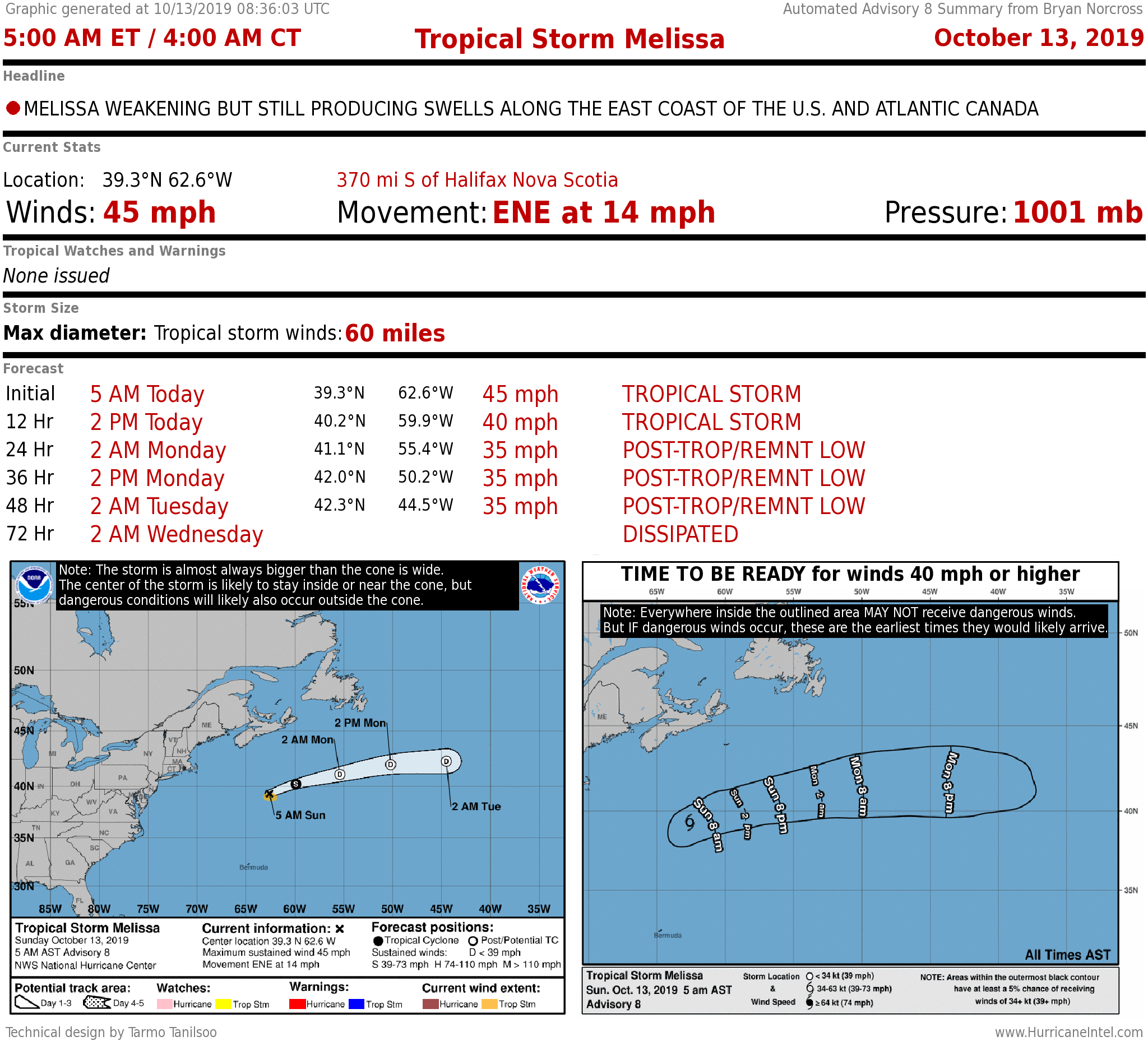 A TROPICAL DISTURBANCE will move off of Africa late today.  It’s unusual for tropical systems to thrive in the eastern Atlantic this late in the season, but this one is strong enough that it might briefly organize into a tropical depression or tropical storm.  It could bring stormy weather to the Capo Verde islands off Africa in the next couple days before it is killed off by typically unfavorable upper winds.

ELSEWHERE, there are no areas of concern in the tropics.