Police respond to reports of gunfire in Miami, find 2 men were killed in midday shooting

Location, organization of Tropical Depression 15 a first for this time of year

A very unusual tropical system has formed on the other side of the Atlantic Ocean. And a disturbance over Central America will have to be watched this week.

Freakish TROPICAL DEPRESSION FIFTEEN has formed near the African coast. We don’t have any examples in the record book of a system organizing enough to be called a tropical depression in that part of the ocean this time of year.

There’s a small window of time for the depression to intensify into Tropical Storm Nestor over the next day as it tracks near the Cabo Verde Islands off Africa. After that, it’s forecast to slowly fade out as atmospheric conditions become more hostile. 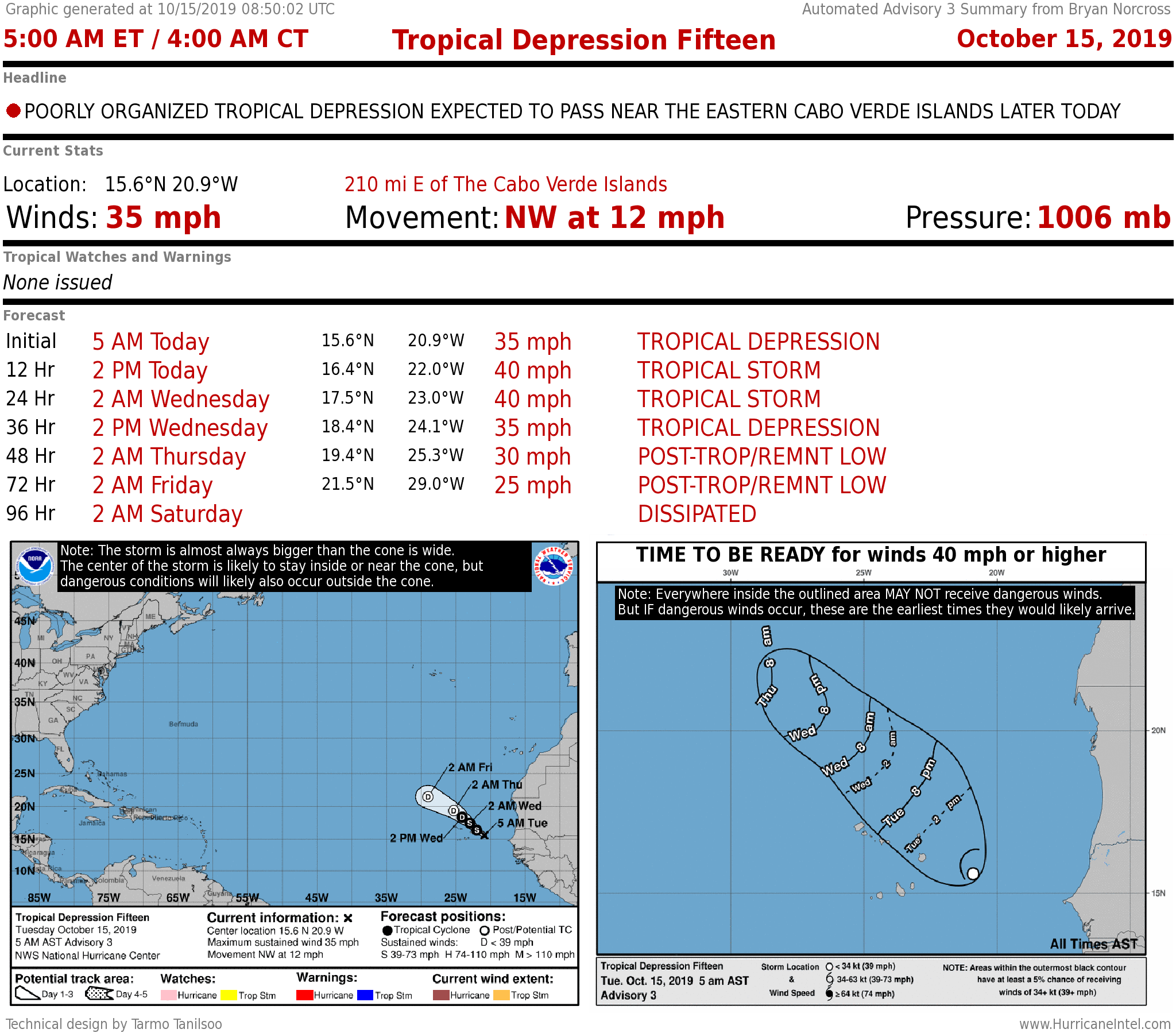 The TROPICAL DISTURBANCE in the middle of the Atlantic has a very slight chance of organizing into a tropical depression before it gets to the Caribbean islands in a day or two. Upper-level winds are becoming increasingly hostile, and the system is most likely to affect the islands as a moisture surge.

The BROAD TROPICAL DISTURBANCE straddling Central America has a couple of weak circulations embedded in it. The one on the north side may organize some when it reaches the extreme southern Gulf of Mexico — the Bay of Campeche — in a day or two. A pocket of somewhat favorable upper-level winds may allow it to develop into a tropical depression at that time.

Whether the system develops or not, the moisture is forecast to head toward the western or northern Gulf coast.

Increasingly, the upper-level winds over the tropics are too hostile for tropical systems to form. But there are still pockets of conducive winds, and the waters are plenty warm. If a disturbance happens to coincide with those pockets, it can still develop.

We don’t have to think too hard to remember that strong and destructive storms can form in the second half of October. Think Wilma and Sandy.