Nestor will be a combo-hybrid, made up of the tropical disturbance from the south, and a northern winter-type storm generated by energy from the northern jet stream. 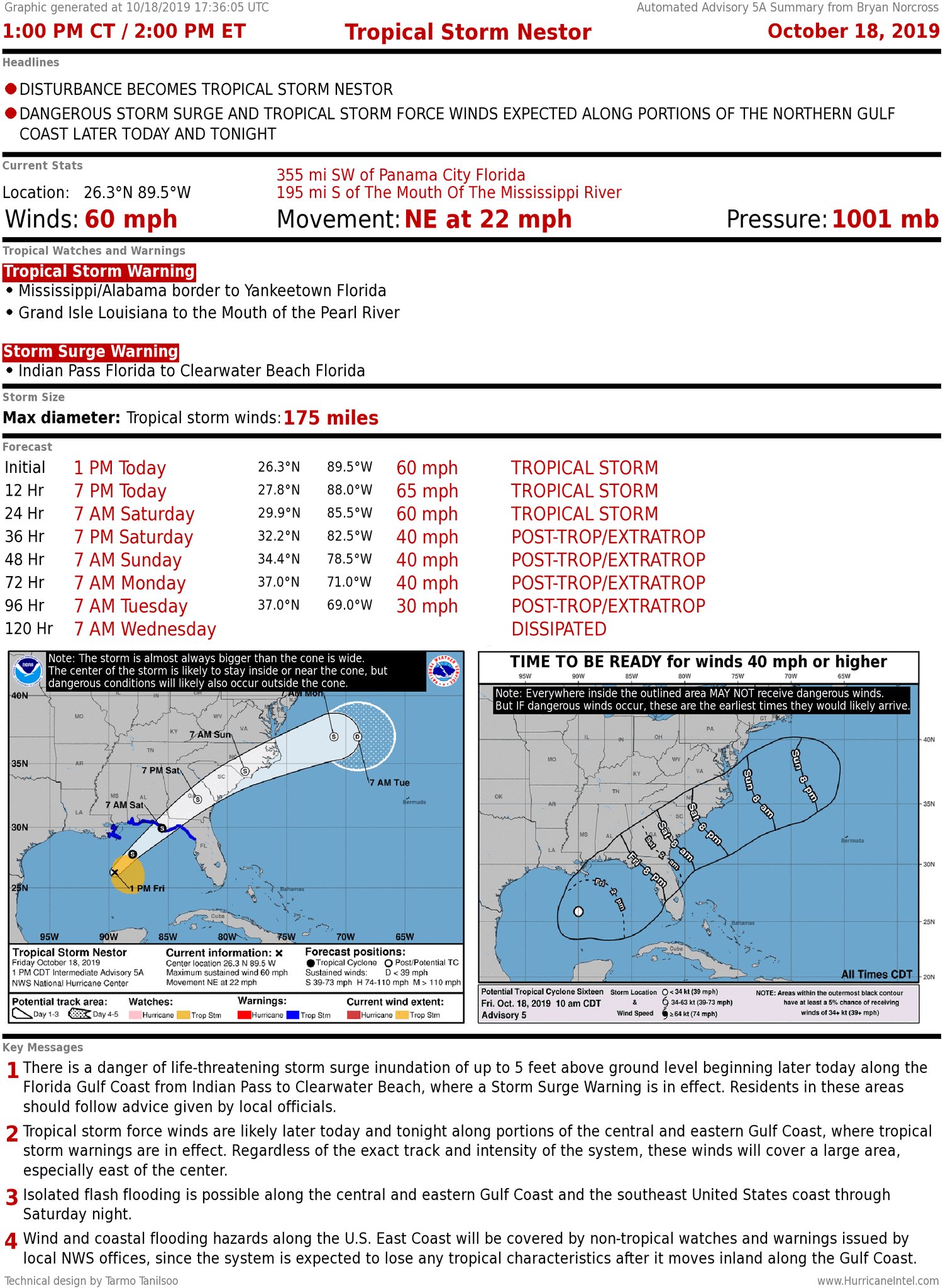 The weather will get quite nasty in the Florida Panhandle and surrounding areas — including in Panama City and Tallahassee — by this evening, peaking overnight. By tomorrow afternoon, the weather in the Panhandle should improve with the higher winds and heaviest rain moving on to Georgia and the Carolinas. The bad weather will spread far ahead of the center of the storm.

Winds are forecast to gust to about 50 mph, which can take down some tree limbs and knock out power. Some tornadoes are also possible on the right side of the storm's track.

Along the Florida coast from east of Apalachicola and around the Big Bend to near the Tampa area, dangerous storm surge is a significant threat. The storm is positioned to force Gulf water up over the shoreline to dangerous levels. It won't be like Hurricane Michael last year, but coastal flooding is still expected.

Here are the Key Messages from the National Hurricane Center about the storm:

1. There is a danger of life-threatening storm surge inundation of up to 5 feet above ground level beginning today along the Florida Gulf Coast from just west of Apalachicola to Clearwater, where a Storm Surge Warning is in effect. Residents in these areas should follow advice given by local officials.

2. Tropical storm force winds are likely by later today along portions of the central and eastern Gulf Coast, where tropical storm warnings are in effect. Regardless of the exact track and intensity of the system, these winds will cover a large area, especially east of the center.

3. Isolated flash flooding is possible along the central and eastern Gulf Coast and southeastern United States coast from today through Saturday night. Since soils across the southeast are dry, the risk of flash flooding will be confined to the immediate coast where heavier rainfall is possible.

Otherwise, nothing is expected to develop in the tropics into the middle of next week.