'Loss of this young man is a terrible tragedy'

NFL commissioner Roger Goodell said in a statement that the organizations' thoughts were with Walker's family, friends and teammates.

"The loss of this young man is a terrible tragedy," Goodell said. "And this is a sad day for everyone in the NFL."

The promising NFL cornerback was 23. The crash -- at Northwest 75th Street and 21st Avenue in Miami's Gladeview area -- was near to where Walker graduated from high school -- Miami Northwestern.

"Walker had been dealt a tough hand, raised in challenging circumstances, but he survived and endured, and was on his way up," Baltimore Ravens' columnist John Eisenberg said Saturday. "The Ravens turned him into a wonderful long shot tale when they picked him ... Walker will be in the thoughs of the Ravens for many years."

After playing for Texas Southern 2012-2015, Walker was a fourth-round draft. He was the first Texas Southern player to be drafted since 2000, his former coach Darrell Aberry said.

Baltimore Ravens' owner Steve Bisciotti said he had two sons who were close to Walker's age and he couldn't imagine the family's pain.  Ravens coach John Harbaugh said in a letter that Walker was humble and loved.

"As much as we can comfort Tray's mom and the rest of his family, we will," Bisciotti said.

Walker's agent Ron Butler told the Baltimore Sun Walker died about 5 p.m., Friday. He wasn't wearing a helmet when the driver of an SUV collided with his motorbike Thursday night.

Miami-Dade County Detective Dan Ferrin said the bike didn't have headlights and he was wearing dark clothing. An NFL player with the Patriots may have witnessed the crash, sources said.

"Tray had a hard shell, but once you broke through that, you found a person who was learning how to become a man and was so eager to be a great person and professional," Ravens Jimmy Smith said in a statement. "I am heartbroken for his family." 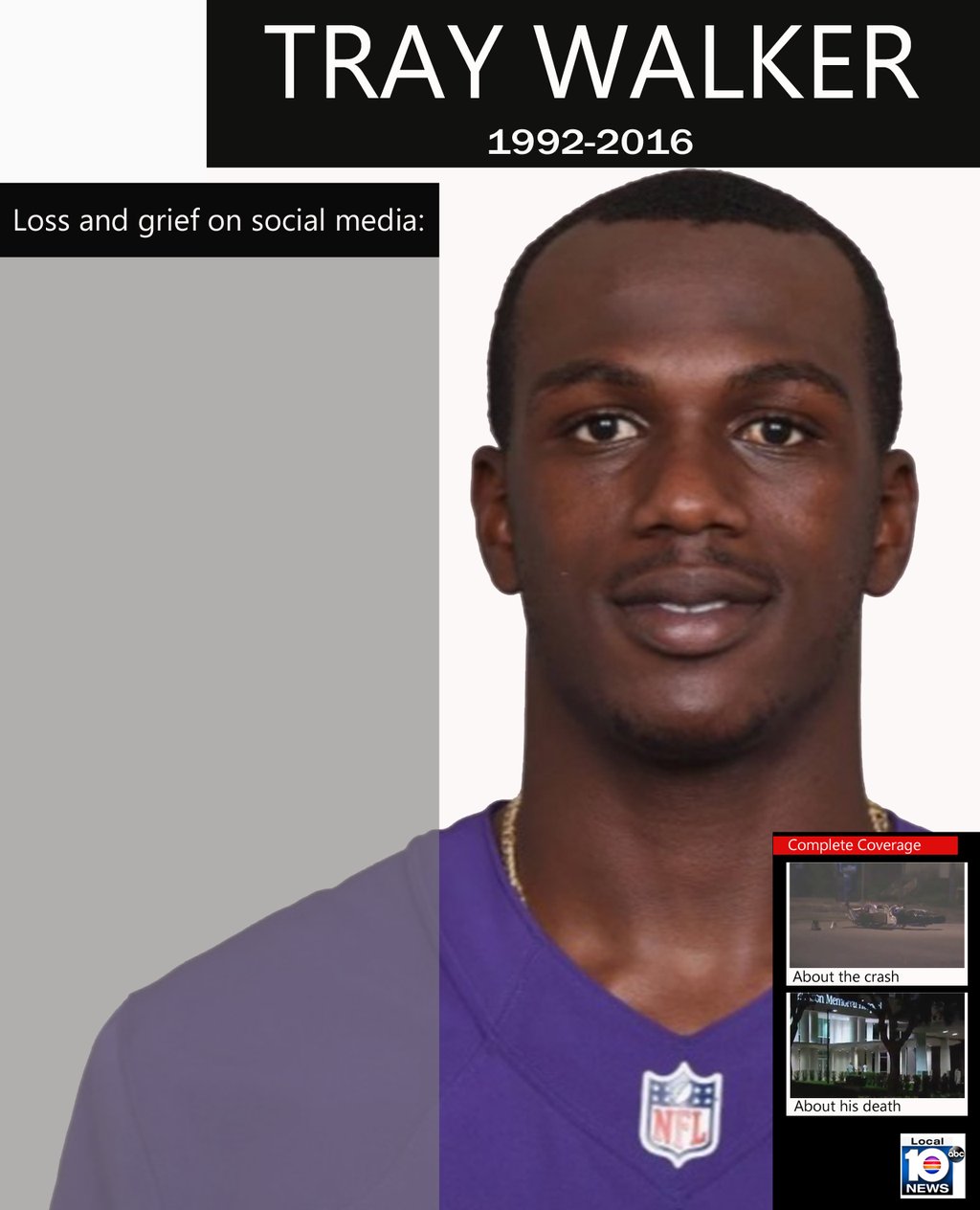