MIAMI – Dwyane Wade returned to Miami with a quiet game, but his mere presence got a rise out of Heat fans, and teammates Hassan Whiteside and Tyler Johnson led the way to a 91-85 victory against the Milwaukee Bucks on Friday that snapped a five-game losing streak and capped a celebratory night.

Wade came off the bench to score three points on 1-of-6 shooting with two assists, one rebound, a key late block, and four turnovers in 22 minutes in his first game since being acquired in a trade from Cleveland on Thursday. Wade played 13 seasons and won three NBA championships with the Heat before leaving as a free agent for Chicago in 2016.

The Heat trailed 9-0 to start the game, with fans growing restless to see the return of the franchise’s favorite son. They chanted, “We want Wade!”

Wade entered midway through the first quarter and received a standing ovation from the crowd. He immediately made an impact throwing a lob to Hassan Whiteside for a dunk on his first possession as the fans roared.

Minutes later, Wade took his first shot, a 3 from the right wing, and drilled it bringing the crowd to its feet.

There were other moments in the first half too_a no-look alley-oop pass in transition to Johnson for a dunk and another lob to Whiteside for a dunk.

Miami trailed 46-42 at halftime, but quickly erased the deficit after the break.

The Heat started the third on a 22-6 run and outscored the Bucks 30-8 in the quarter to take a commanding 72-54 lead into the fourth. The Bucks made 4 of 17 shots in the period.

More “We want Wade” chants rang out in the closing minutes with Wade on the bench as the Bucks inched closer.

After a turnover by Richardson, Wade blocked a layup attempt by Bledsoe and Wayne Ellington drilled a 3 to help seal the victory.

Bucks: John Henson (hamstring) returned after a one-game absence. Henson was hit with a technical foul in the first quarter when he slammed the scorer’s table in frustration. . The Bucks are 15-4 when they either tie or outrebound their opponents, 15-19 when they do not. Miami outrebounded the Bucks 51-37. . The Bucks are allowing 95.4 points in Prunty’s nine games as interim head coach.

Heat: Kelly Olynyk (left shoulder strain) missed his second consecutive game. . The Heat were able to include Wade and Luke Babbitt, who was acquired in a trade on Thursday, in their new “Vice” intro video with Wade smiling at the end drawing a loud cheer from the fans. . Goran Dragic was presented with the Euroscar European Player of the Year award before the game. . Miami won all three games to sweep the season series with the Bucks.

LeBron James weighed in on Wade returning to the Heat:

“I’m happy as hell for D-Wade. He gets to go back home and that’s how it should be. I’ve always felt like that’s where his heart and his mind was and I think it’s going to be great for him. I look forward to seeing the footage of him being announced tonight back in Miami. But, obviously, it’s always, when it’s your brother and you’re around him every day and he has to go back . but at the end of the day, it wasn’t tough. We’re both 15 years in the league. We know how the business is and more importantly, we see each other all the time, anyway. So, get out of here, D-Wade.” 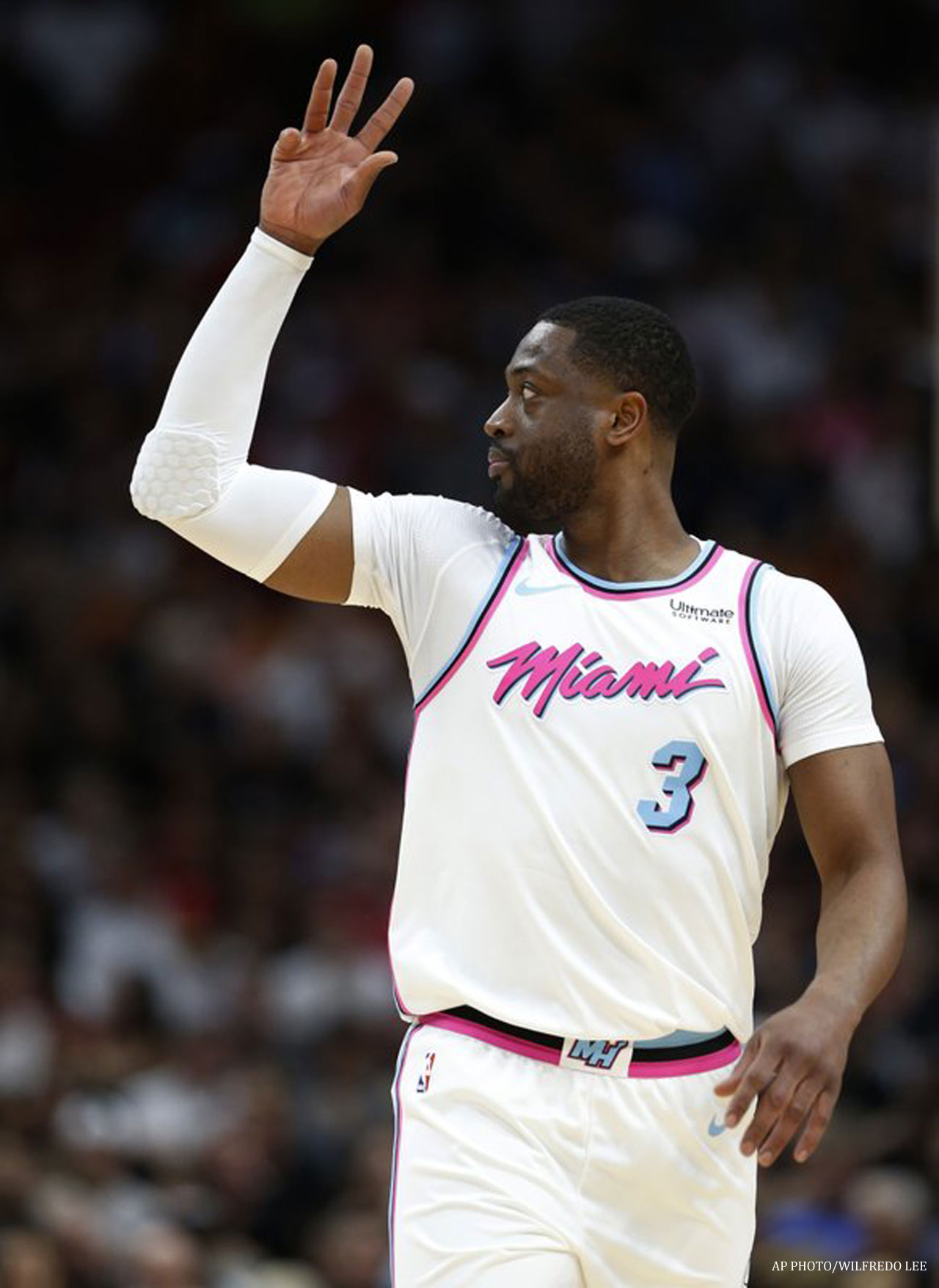