MIAMI – The Miami Police Department and the Florida Highway Patrol escorted hundreds of anti-Trump protesters determined to cause traffic delays in downtown Miami on Friday night.

Their march, which began with dozens at Bayfront Park, grew into a crowd of about 400. After making their way through the downtown Miami and Brickell neighborhoods, they took over the northbound lanes of Interstate 95.

The Miami protest began after President Donald Trump walked into the White House to prepare for three inaugural balls. He took the oath of office and attended a traditional patriotic parade, as D.C. police officers dealt with protests and a riot. They arrested at least 217 protesters near the National Mall.

Protesters in Miami walked slowly and did not damage any property. March Erlich was among the drivers who waited patiently for the march to pass through.

LGBTQ rights, climate change, the legality of abortion, access to health care, medical marijuana, Black Lives Matter and immigration reform were among the issues they were concerned about. For William Byatt, attending the protest was more about participating in the political process.

Thousands of undocumented students in Florida fear that Trump will cancel the Deferred Action for Childhood Arrivals program, which has allowed some 750,000 students nationwide to avoid deportation.

South Miami Vice mayor Bob Welsh, known to love a protest, attended the march with a "Putin won it" sign.

Authorities shut down traffic, as they marched up the ramp and into the northbound lanes of Interstate 95, where northbound traffic delays extended to South Dixie Highway. FHP lined up cars to block the protesters from continuing their march on I-95 at the ramp to Interstate 395, but the group defied the road block.

When they agreed to march out of I-95, FHP troopers thanked the protesters and treated them with courtesy. The march ended about 8:42 p.m. with a small rally outside of the AmericanAirlines Arena.

Early Saturday morning, police officers in Seattle were investigating a shooting that left three injured at the University of Washington, according to The Seattle Times.

A massive Women's March on Washington is planned for Saturday. 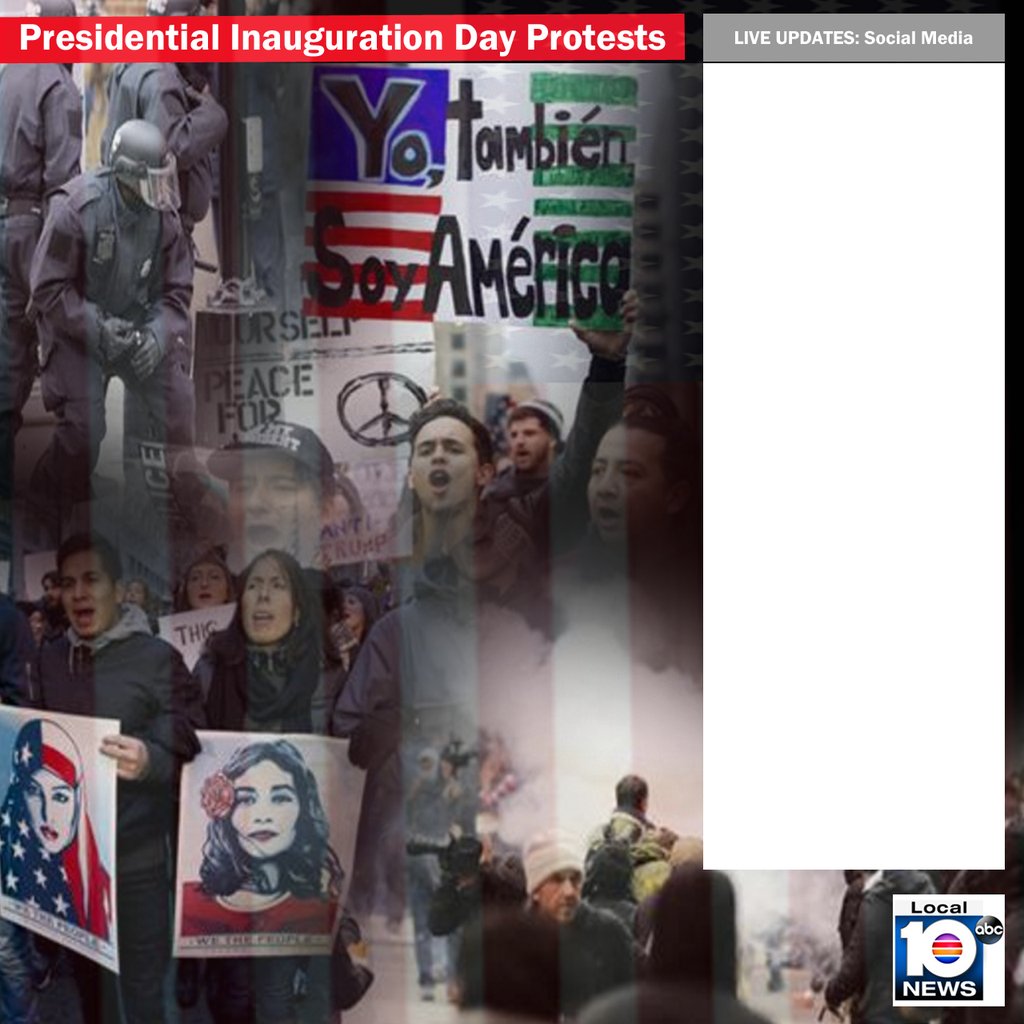