A weakening Matthew rakes Atlantic coast; US death toll at 4

CHARLESTON, S.C. – A fast-weakening Hurricane Matthew continued its march along the Atlantic coast Saturday, lashing two of the South's most historic cities and some of its most popular resort islands, flattening trees, swamping streets and knocking out power to hundreds of thousands.

The storm was blamed for at least four deaths in the U.S., all in Florida. In its long wake, it also left at least 470 dead in Haiti in one hard-hit district alone, according to officials, with other stricken areas still unreachable four days after the disaster struck.

Matthew raked Georgia and South Carolina with torrential rain and stiff winds, and — for the first time in its run up the U.S. coastline — its storm center blew ashore, making landfall north of Charleston, near the town of McClellanville, where it caused serious flooding.

Up until then, the center, or eye, mercifully stayed just far enough out at sea that coastal communities didn't feel the full force of Matthew's winds. As the storm passed one city after another, the reaction was relief that things were nowhere near as bad as many feared.

"We are all blessed that Matthew stayed off our coast," Florida Gov. Rick Scott said. "We are blessed that we didn't have a direct hit."

At 11 a.m. Saturday, Matthew — by some measures the most powerful hurricane to menace the U.S. in more than a decade — was just barely a hurricane, with winds of 75 mph. That was down from 145 mph when the storm roared into Haiti.

Among the cities bracing for its effects later in the day were Myrtle Beach, South Carolina, and Wilmington, North Carolina. From there, the storm was expected to veer out to sea and loop back around through the Bahamas and toward Florida again, though as a barely noticeable wave.

North Carolina Gov. Pat McCrory warned people not to let their guard down just because Matthew was losing steam.

As the hurricane began making its exit, it looked as if forecasters had gotten it right. Matthew stayed near the middle of the National Hurricane Center map's "cone of uncertainty" as it scraped the coast. Forecasters defended the large-scale evacuations.

"What would you rather have as the alternative?" said Colorado State University meteorology professor Phil Klotzbach.

In Savannah, Georgia, a historic town of moss-draped squares and antebellum mansions, floodwaters several feet deep submerged a long stretch of President Street, which links downtown to the highway to Georgia's Tybee Island. A homeless woman was seen staggering through waters up to her neck.

The shivering woman made it to the water's edge. A bystander handed her a sheet, which she wrapped around her neck.

Matthew also brought some of the highest tides on record along the South Carolina coast. Streets in Charleston — a city of handsome pre-Civil War homes, church steeples and romantic carriage rides — were flooded.

Leigh Webber watched the torrential rains from the porch of her home in the city's historic district.

"It's not as bad as maybe I was expecting," she said.

"I feel badly for a lot of the businesses downtown that have been closed since Wednesday," she added. "I noticed a lot of hotels were completely closed. I know some weddings were canceled and it was a huge financial loss for a lot of people."

South Carolina's golf-and-tennis resort Hilton Head Island also took a blow as the eye of the storm passed 20 miles to the east. At least one gust of 87 mph was recorded at Hilton Head.

The two roads onto the island of 40,000 people were blocked by fallen pine trees, and many roads were under water. Signs were blown over, and power was out across the island.

Chandler Brunson and was among those trying to go back to her home after evacuating, but found her path blocked.

"I think we're going to have a pine tree splitting our house," she said. "That's what I'm afraid of."

Residents of Brunswick, Georgia, woke to roads covered by water or fallen trees and power lines. All access points to nearby St. Simons Island from the mainland were blocked. Tybee Island also took a beating, with gusts clocked at 93 mph.

Nearly a half-million electric customers in South Carolina were left without power, and 250,000 were in the dark in coastal Georgia.

Matthew set off alarms as it closed in on the U.S., triggering evacuation orders covering at least 2 million people. But in the end, the hurricane skirted Florida's heavily populated Miami-Fort Lauderdale-West Palm Beach area and sideswiped cities farther north, including Daytona Beach, Vero Beach, Cape Canaveral and Jacksonville, without its center ever actually coming ashore in Florida.

Well south of the storm, things quickly began returning to normal Saturday, with all three of Orlando's main theme parks — Walt Disney World, Universal Studios and SeaWorld — reopening in the morning. And the power began coming back on for the 1 million people in Florida who lost it.

The deaths in Florida included an elderly St. Lucie County couple who died from carbon monoxide fumes while running a generator in their garage and two women who were killed when trees fell on a home and a camper.

Fire Chief Don Petito said waves and storm surge flattened sand dunes and allowed water to inundate a community in Florida's Flagler County. At one point, he said, rescuers getting people out of homes saw a shark in the water. No one was hurt.

The storm raked yet another historic Southern city on its way up the coast: St. Augustine, Florida, which was founded by the Spanish in the 1500s and includes a 17th-century stone fortress and many historic homes turned into bed-and-breakfasts. The city was left awash in rain and gray seawater, though the floodwaters had mostly receded by Saturday morning.

Property manager Nick Trunck was in the city's historic district to check on several stores and apartments. He said he was prepared for the worst, but the damage consisted of little more than several lost shingles, a lost awning and water seeping into one area.

Trunck had arranged for 10 men to come from Connecticut to help with the cleanup, but after getting a look at the aftermath, he said he didn't think he needed anything but "a couple of guys and a mop." 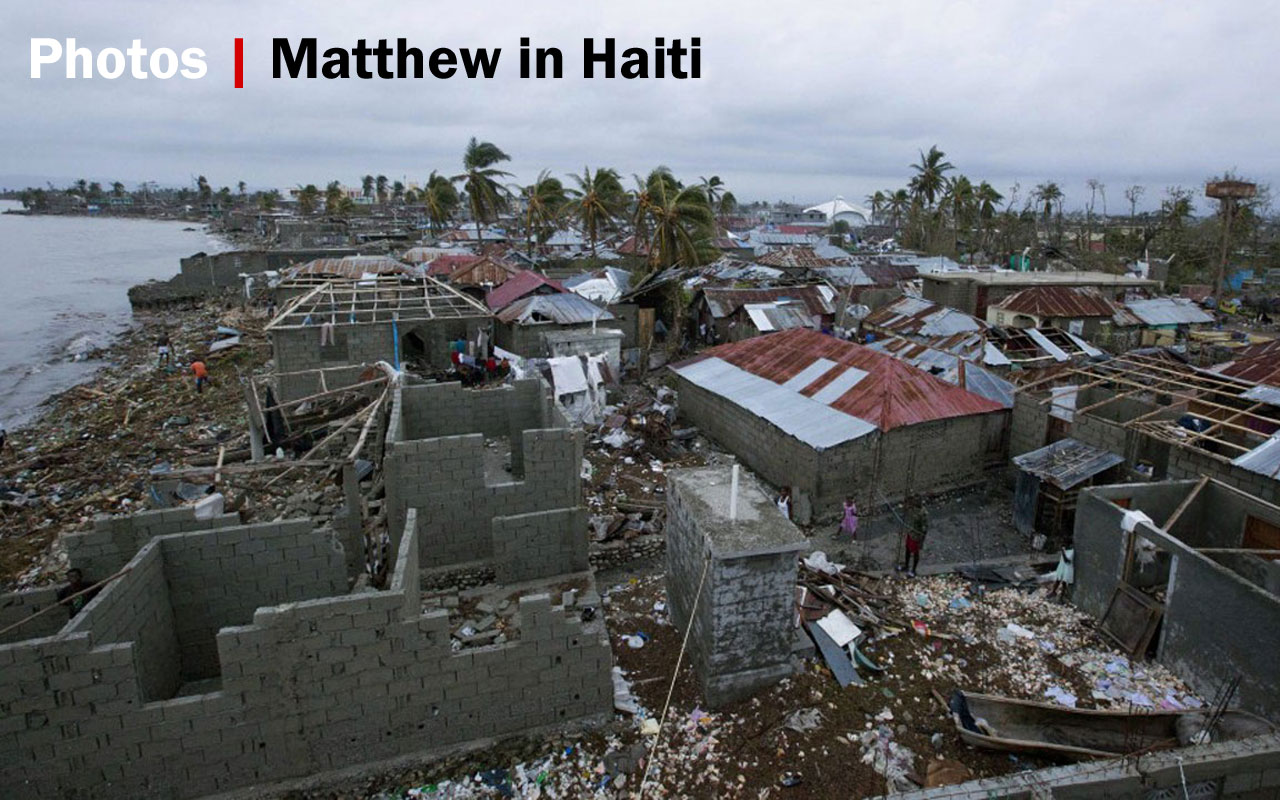 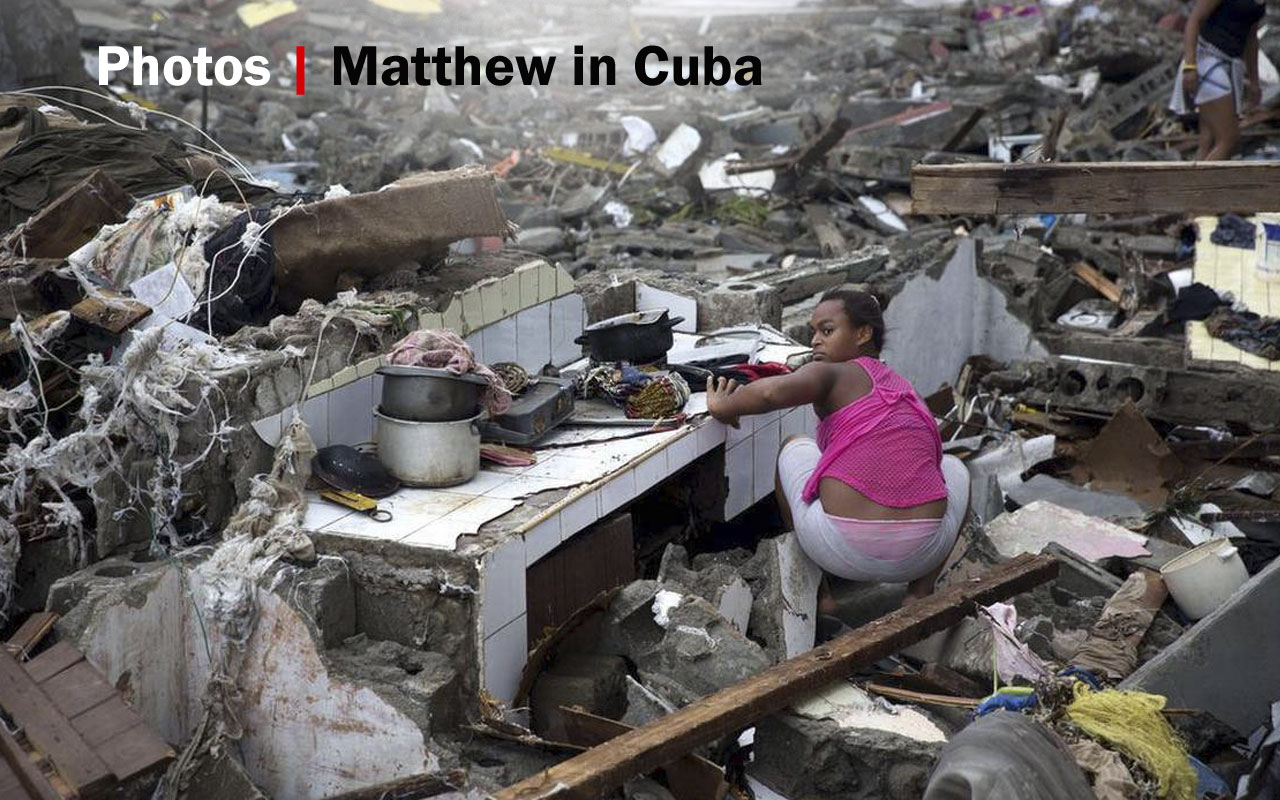 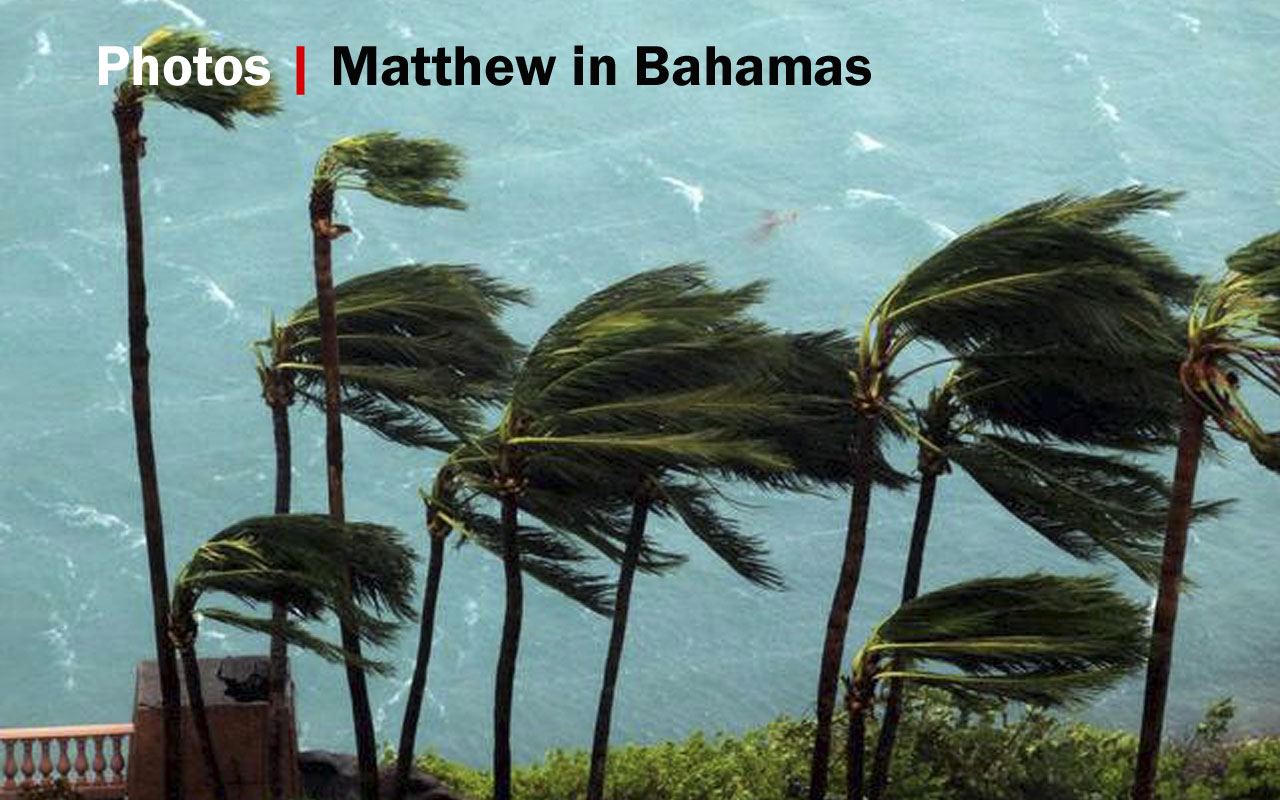 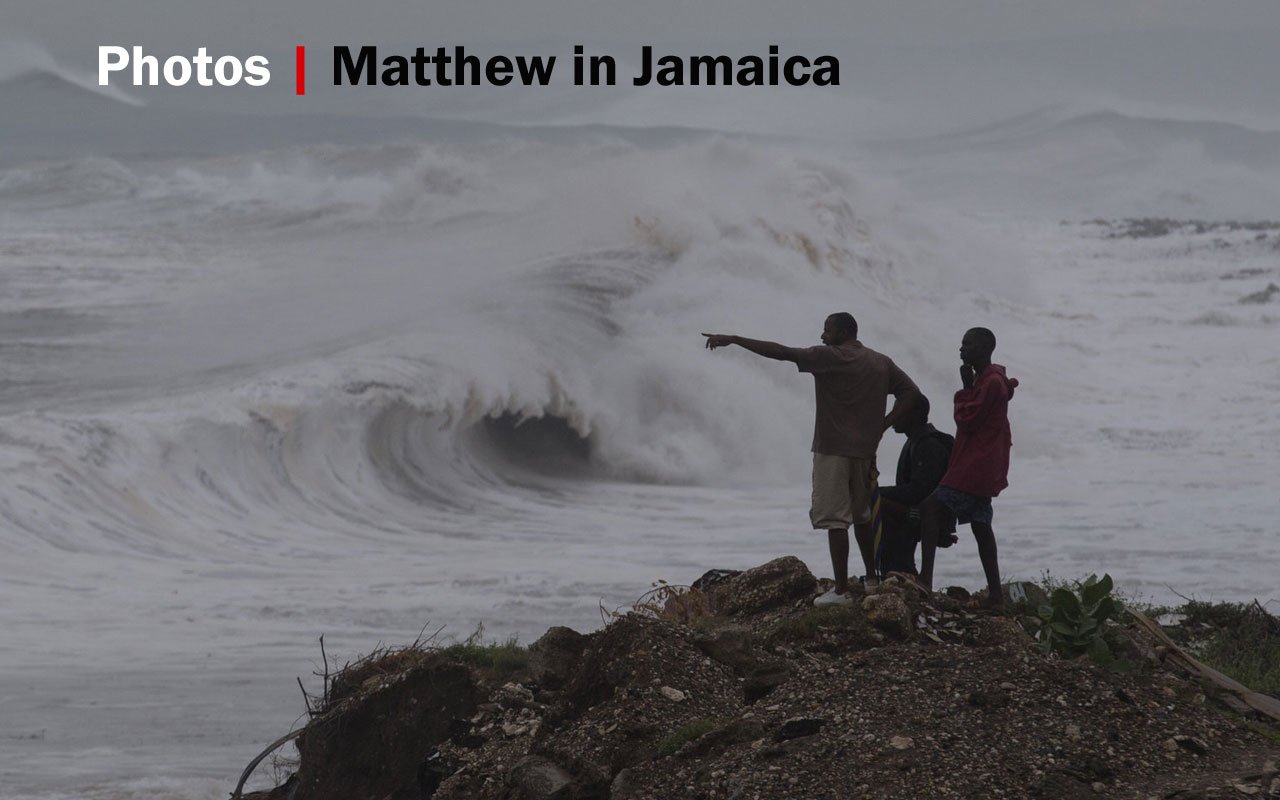 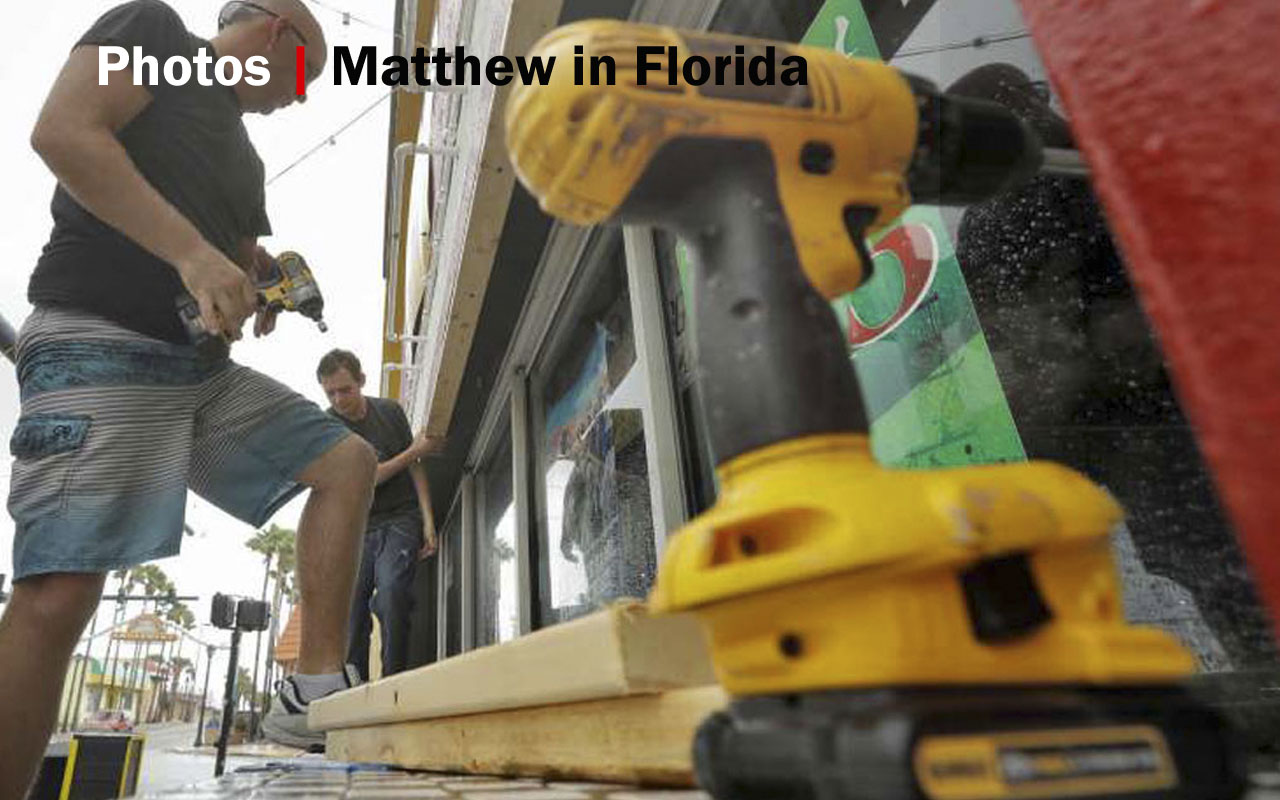