Need for aid to prevent suffering continues in South Florida

A disorganized tropical disturbance in the eastern Caribbean Sea is forecast to be steered in the direction of Florida over the next several days.

Between here and there are Caribbean islands with very tall mountains, which makes any immediate development of the disturbance unlikely. In addition, the upper winds are currently not favorable for the system to organize.

Still, heavy rain with the potential for local flooding is possible in the Virgin Islands, Puerto Rico, the Dominican Republic, and Haiti early to midweek.

When the disturbance gets near Florida late in the week, there may be a pocket of slightly more favorable upper winds, which could allow some organization before the system gets pulled to the north or it becomes simply a moisture surge. No computer models show any significant organization at this point, however.

On the current schedule, the moisture from the disturbance would arrive in South Florida around Friday.

Note that the National Hurricane Center development-area graphic looks like a traditional forecast cone, but it is not. It just means that if the disturbance were to organize into a tropical depression -- and there’s only a slight chance of that happening -- it would most likely be in that zone.

Otherwise, there are an increasing number of fairly robust tropical waves moving off of Africa, as would be expected this time of year. A significant amount of Saharan dust continues to cover much off the tropical Atlantic Ocean, however, which is inhibiting development. A robust wave just moving off of Africa may have to be watched early next week.

In the Pacific Ocean, two tropical storms names Erick and Flossie are heading in the general direction of Hawaii. Both are forecast to become hurricanes.

The closer one, Erick, is still more than 1400 miles from the big island of Hawaii. It would arrive in the general vicinity of that island late Thursday or on Friday, but be weakening at that time. The timing on Flossie is early next week on a similar path. 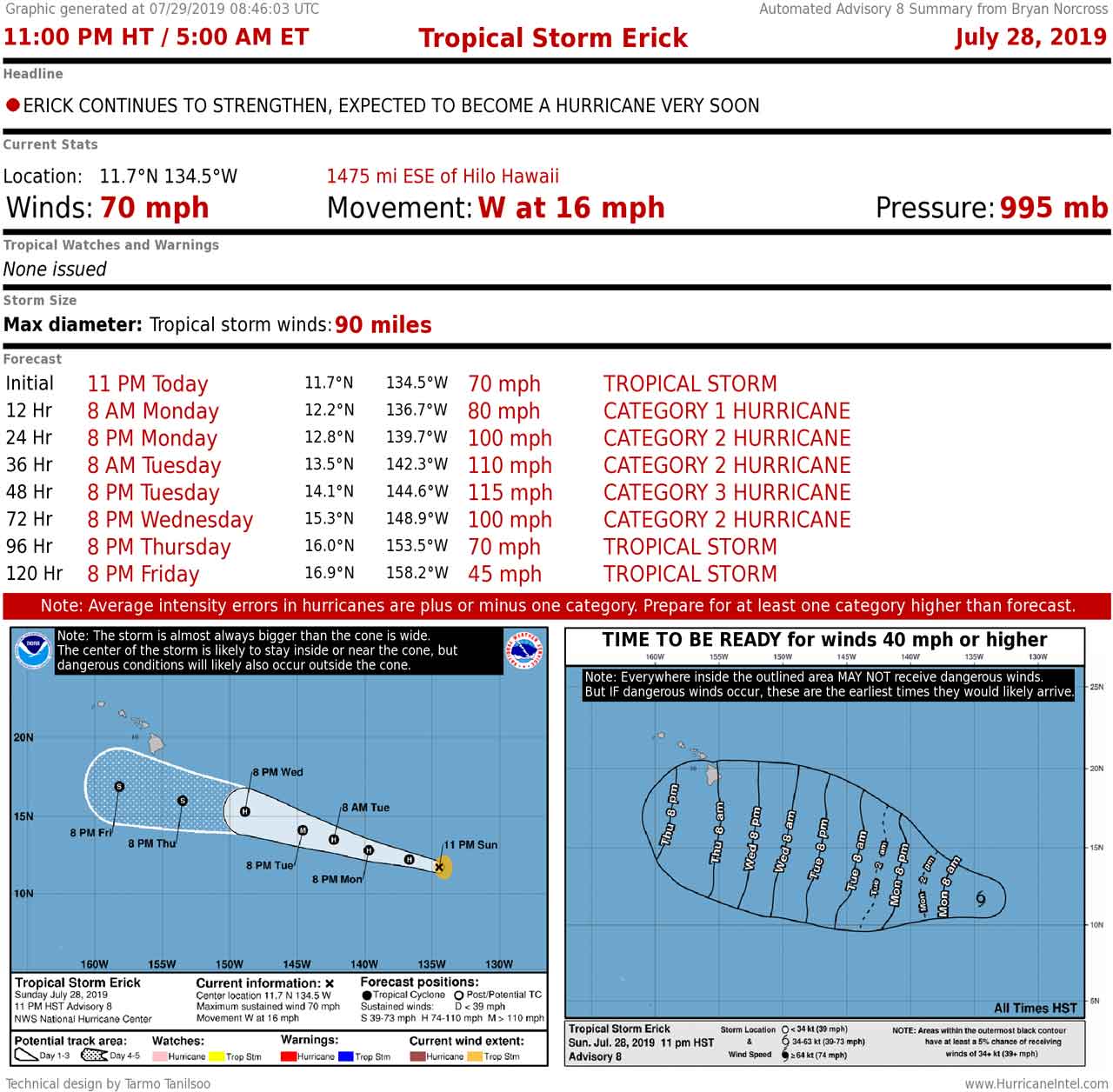