Need for aid to prevent suffering continues in South Florida

A very disorganized tropical disturbance is over the northern Caribbean islands. It will be in the vicinity of Florida from late Thursday through the weekend, bringing with it a lot of moisture. Far out in the Atlantic Ocean there is tropical disturbance we will have to watch next week. It has a good chance of organizing into a tropical depression or tropical storm.

The tropical disturbance we have been watching is progressing toward South Florida. It is expected to arrive by late Thursday as a moisture surge. The disturbance, combined with a dip in the jet stream and a weak front from the north, will create a pattern conducive to heavy rain, which will last into next week.

There's still a slight chance the disturbance could evolve into a tropical depression, but even if it did, it's not likely to get very strong, and it would likely be north of South Florida.

On the other side of the Atlantic Ocean, a strong tropical disturbance has a broad circulation. As it moves closer to the Caribbean islands early next week, there's a good chance it will have organized into at least a tropical depression. At that point, its future track will depend on how well organized it is. A stronger and better organized system is more likely to turn north. A weaker system is more likely to continue farther west. It's too early to know more than that.

Elsewhere, no tropical development is expected in the Atlantic through the weekend, at least.

Two hurricanes, Erick and Flossie, are heading in the general direction of Hawaii. Both storms are expected to weaken by the time they get near the state, but will likely have some impact.

The center of Erick is expected to pass to the south, but its tropical moisture will move through the islands beginning Thursday. 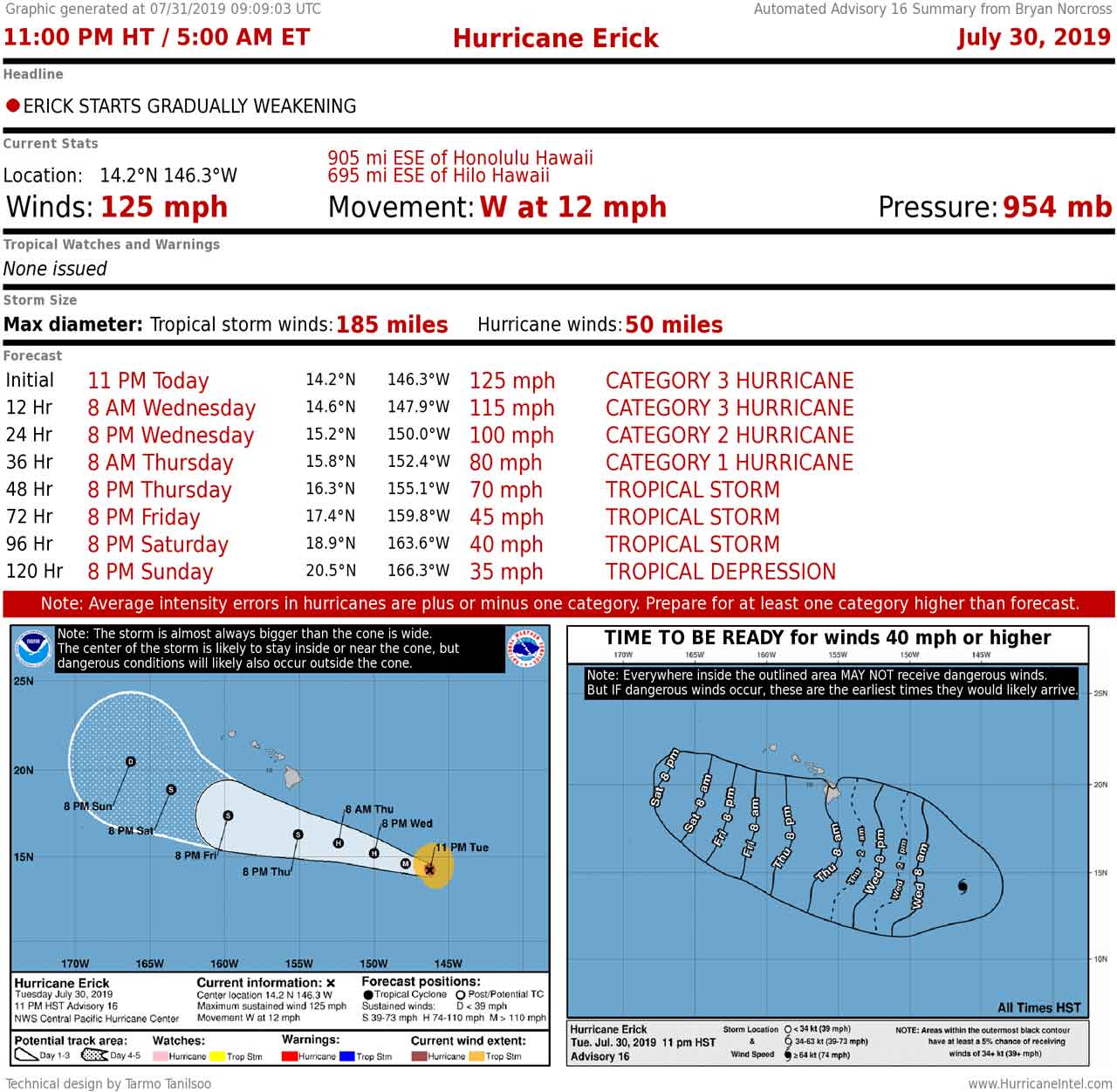 Flossie will impact the islands early in the week. 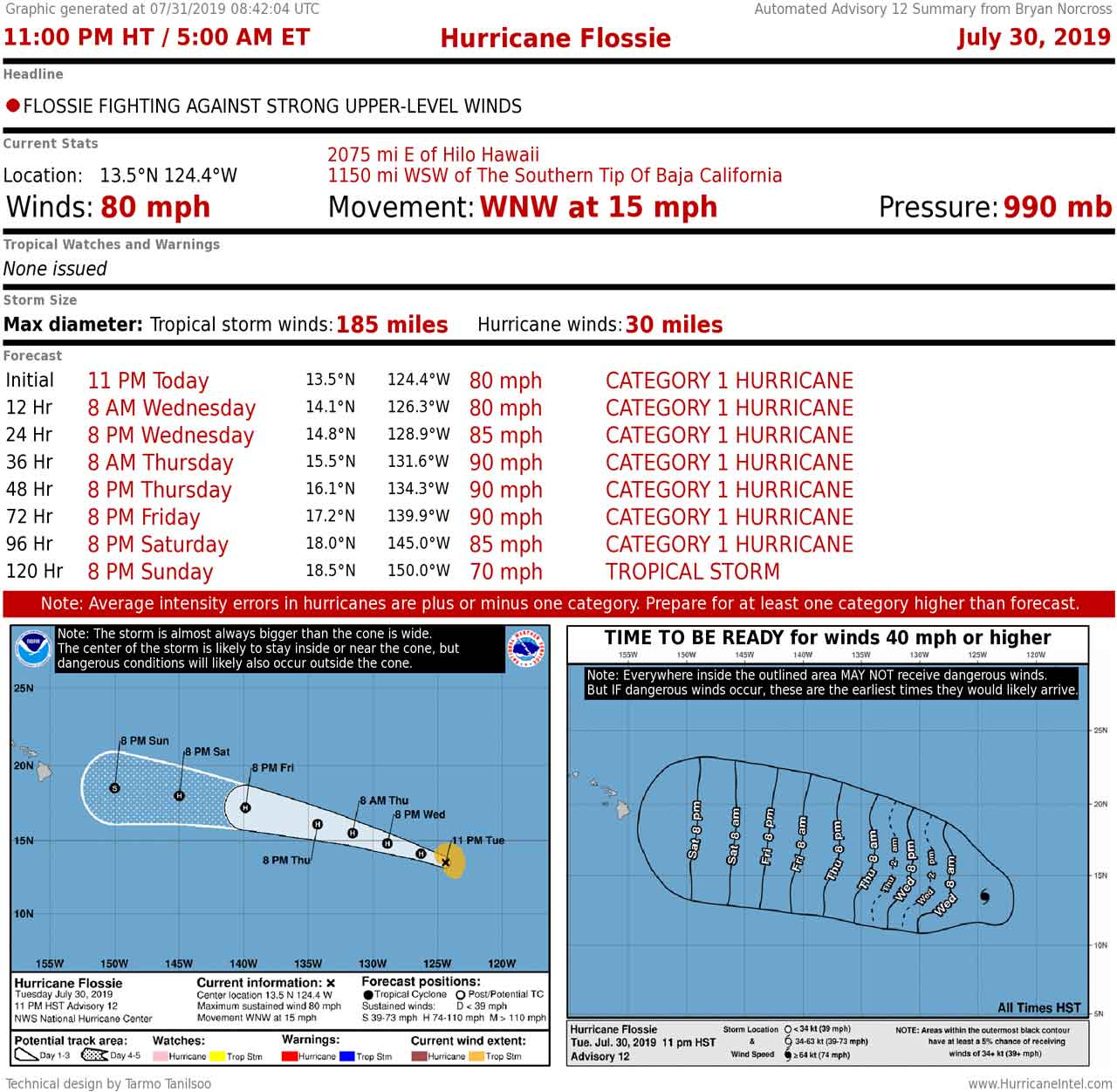