White House on returning migrant kids to Homestead: ‘It’s not a detention center; it’s a shelter’

Karen moving away from Puerto Rico, forecast to meander well east of Bahamas

Tropical Storm Karen is slowly pulling north of Puerto Rico into a very complex weather pattern. It is forecast to meander around well east of the Bahamas late in the week. Florida still has to watch for developments next week.

KAREN is moving away from Puerto Rico, although some tropical downpours causing flash flooding are still likely Wednesday. There is confidence in the forecast for the next couple of days. Karen will move into the open ocean north of Puerto Rico and well east of the Bahamas.  Over the weekend, the weather pattern gets very complicated, and Karen's future track and intensity become very uncertain.

The big hot high-pressure system that has been causing extreme late-September heat across the south is forecast to build east into the Atlantic Ocean, blocking Karen from moving out to sea. That will leave the storm to loop or drift around over the ocean into the weekend.

The upper-level wind pattern over area where Karen is forecast to get stuck looks favorable for strengthening, although computer forecast models show some dry air being pulled into the circulation. The big unknowns are whether Karen can develop a well-organized circulation, which is necessary for significant strengthening, and the degree to which dry air affects the storm.

Taking everything into account, the National Hurricane Center has taken a middle ground, showing Karen at or near hurricane strength over the weekend. But there is a high degree of uncertainty in both the track and the intensity of Karen at that time. 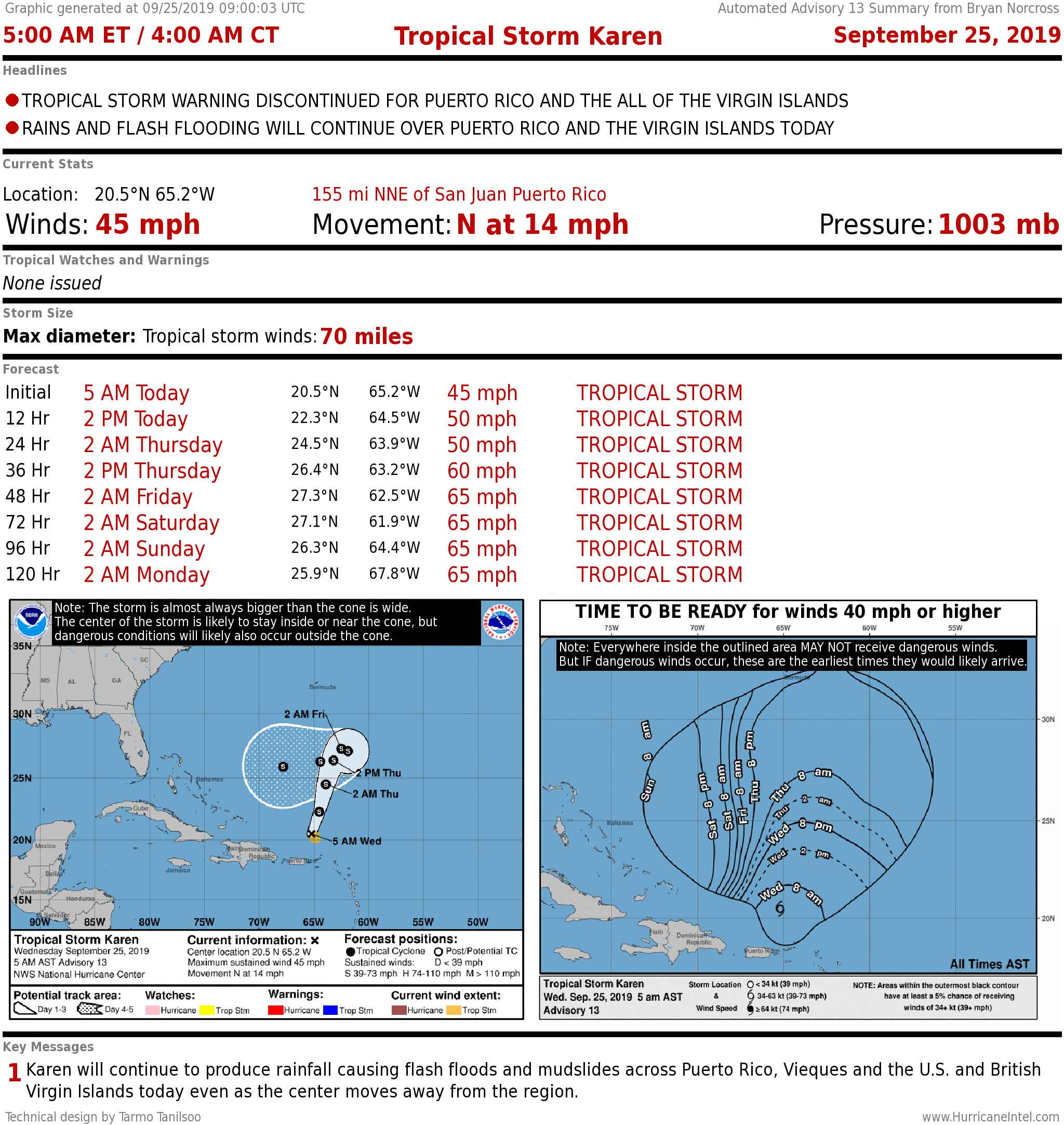 Late in the weekend and early next week, a number of the computer forecast models move Karen to the west, in the direction of the Bahamas and Florida. The consensus at this point is that the weather pattern will be somewhat hostile closer to land, but that's not until next week, and there are many possibilities.

If it does move toward Florida or the Southeast U.S., we will be watching the timing of Karen's movement versus a cold front that will be sweeping in from the northwest. The front could serve to deflect Karen out to sea, but the time of the two features is unknown at this point.

For now, we just have to stay informed and see how the pattern develops over the weekend.

The remnants of TROPICAL STORM JERRY will pass Bermuda late Wednesday and slowly die out.  The island will get some very gusty winds and high surf. 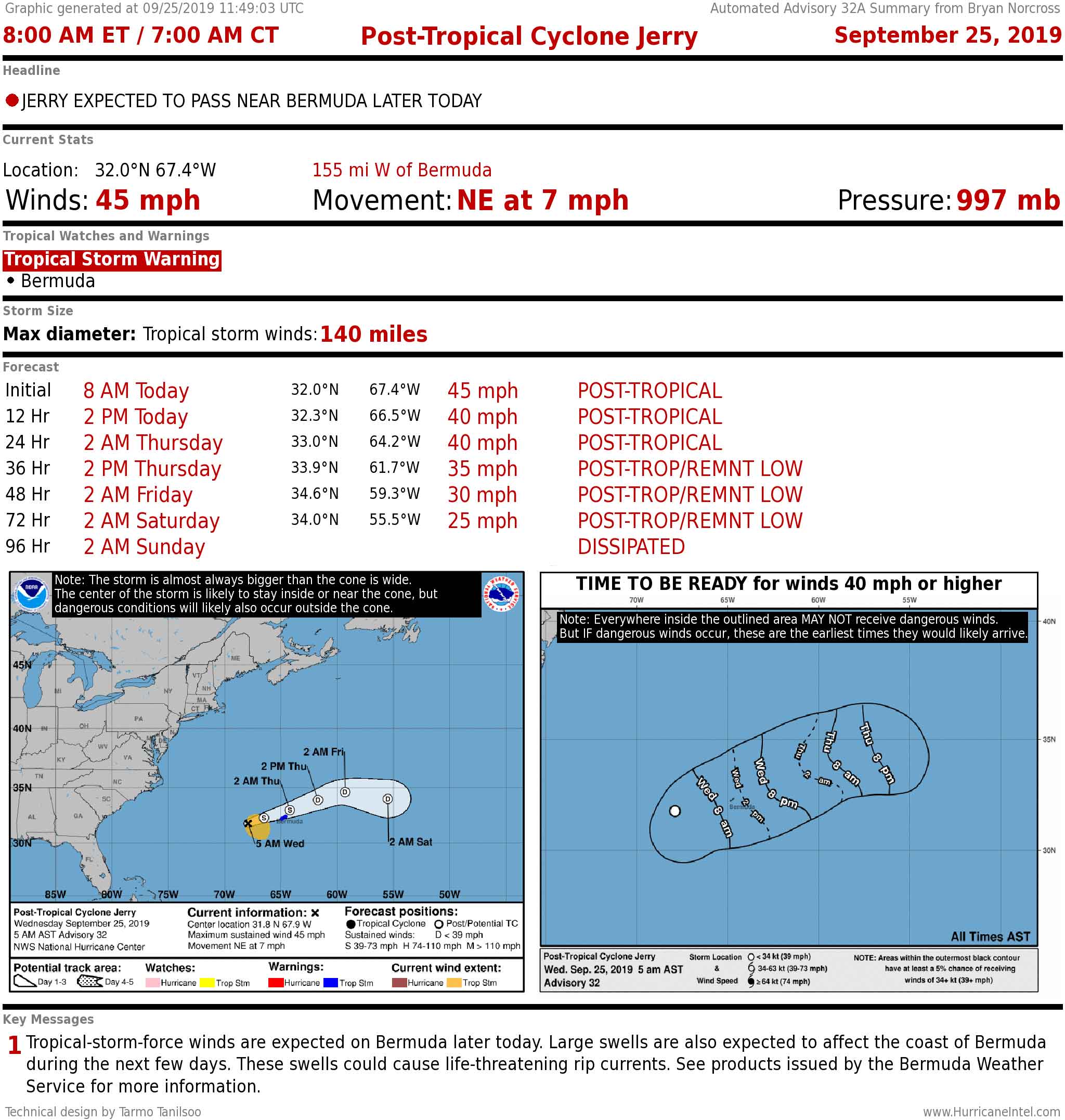 LORENZO is now a hurricane on the other side of the Atlantic. It is forecast to become large and quite strong, but it is likely to turn north well east of the Caribbean islands. 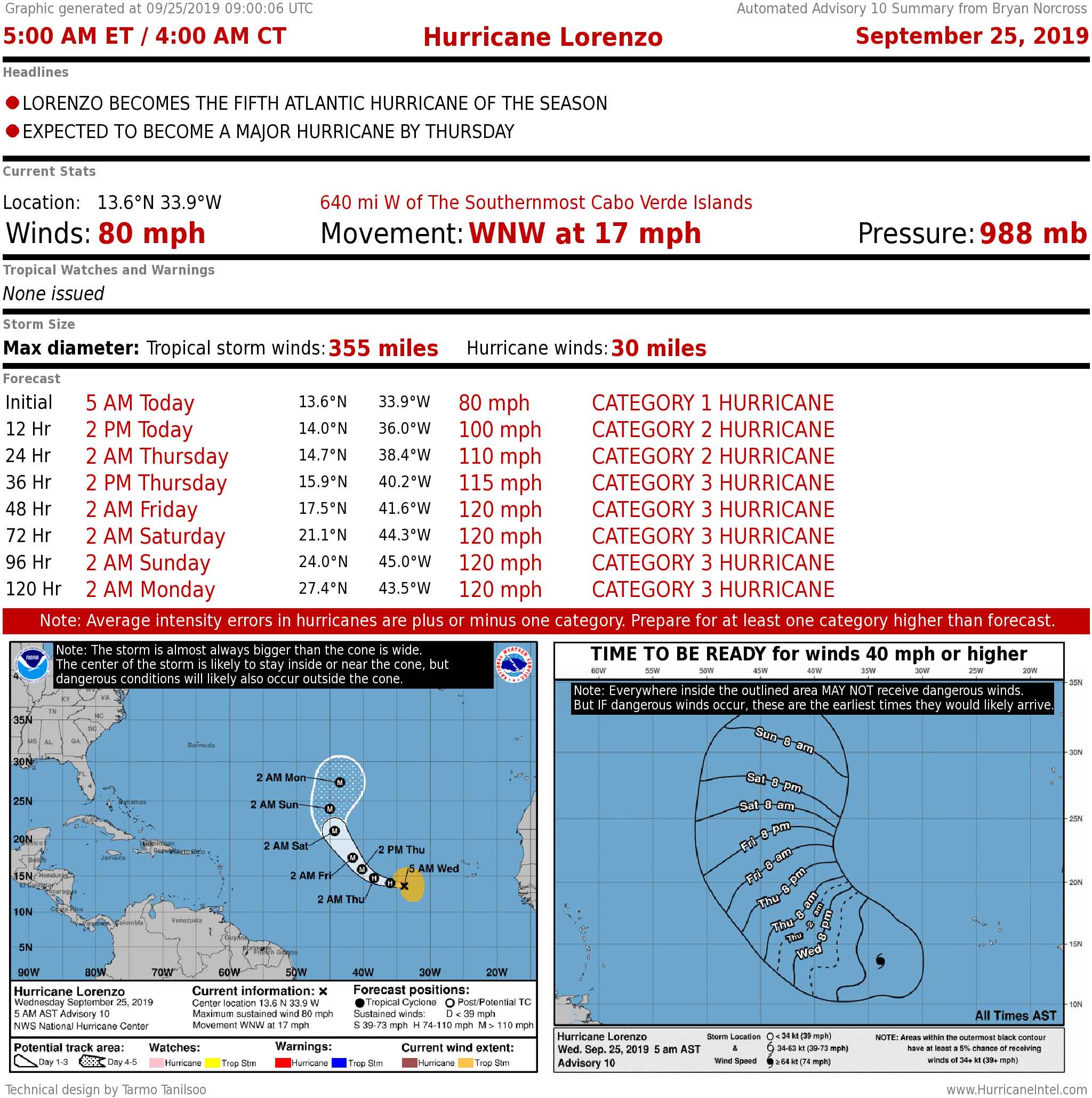 The small TROPICAL DISTURBANCE in the middle of the Gulf of Mexico has a very slight chance of turning into a tropical depression before it reaches the Mexican coast.

There are no other systems of interest right now.