MIAMI – Stephanie Anderson said a woman earned her trust with false promises. She said she had connections and ways of helping her grow her production company.

Anderson said the woman told her she was meeting a potential hire. Instead, she said she met a man who had paid the woman to have sex with her, and he raped her.

Anderson said she uses her pain to fuel her activism. She founded the NFL Sisters in Service, a Broward County-based organization with activities nationwide. She has served with the Trayvon Martin Foundation and the Women’s Fund. During Super Bowl week, she is promoting a human trafficking awareness campaign.

Before Super Bowl LIV fans impacted Florida, the state already ranked third in the nation, only behind California and Texas, for having the most reported cases of human trafficking, according to the National Human Trafficking Resource Center.

Miami-Dade County ranks at the top for human trafficking in the state and about 40 percent of the victims are minors. Children have been sold for sex up to 20 times a day, and a trafficker can earn about $150,000 to $200,000 per child annually.

Kathy Andersen, the executive director of the Women’s Fund, said the awareness campaign Anderson is working to promote, is a coordinated effort between various local and federal agencies. She said many of the victims are between the ages of 12 to 14 years old, and about 67% are locals.

Andersen had a message for Super Bowl visitors who are engaging in human trafficking: “If you come to Miami, you will be met with the force of the entire community.”

Miami-Dade County State Attorney Katherine Fernandez Rundle is part of that effort. She said the campaign’s mobile phone QR code connects users to the hotline at the Miami-Dade County’s human trafficking center, which is staffed 24 hours a day and seven days a week.

“The point is for us to send a response out to the street, to the victim, rescue her and being the investigation on the perpetrator,” Fernandez Rundle said.

The campaign’s slogans include “See It. Snap It. Send It," “Buy Sex. Be Exposed,” and “Not What You Think.” Anderson said it is important for everyone to know that there are no stereotypes when it comes to sex trafficking. It may be facilitated by women and even families.

“I was 28 years old. I was educated. I already had my daughter. I was already married to an NFL player. I just trusted the wrong person and became a victim," Anderson said. "You just can’t say it won’t happen to you. Human trafficking is real. It can happen to a woman who trusts the wrong woman.”

Andersen will be raising funds for the Women’s Fund’s efforts to house and take care of sex trafficking victims with Friday night’s NFL Alumni Legends Party at the Costa Hollywood Resort. 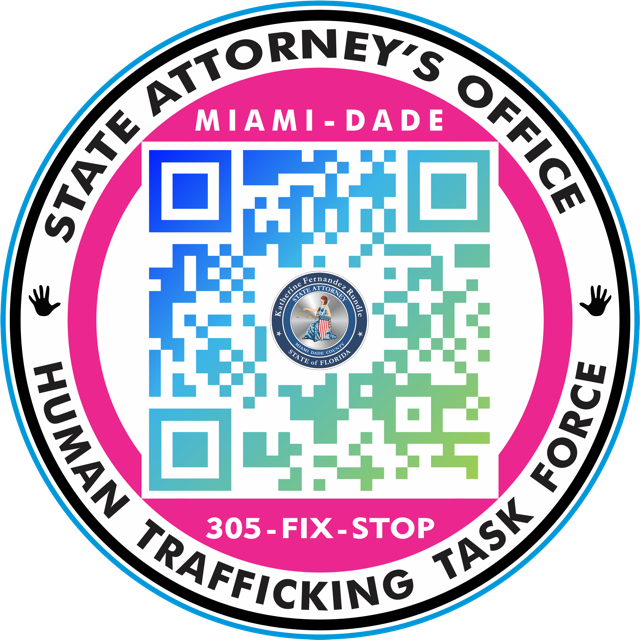 According to the American Gaming Association, about 26 million gamblers will be betting an estimated $6.8 billion on Super Bowl LIV.

Game of Thrones' Maisie Williams will be singing the Walt Disney's "Frozen" song "Let It Go" when she appears in an Audi commercial.

Edgerrin James said he recently filled his car with $1 million in singles. He and Ainealem “Alex” Gidewon, of Atlanta, want to make sure they are prepared to entertain high rollers who are in Miami looking for adult entertainment during the Super Bowl LIV week.

Christina returned to Local 10 in 2019 as a reporter after covering Hurricane Dorian for the station. She is an Edward R. Murrow Award-winning journalist and previously earned an Emmy Award while at WPLG for her investigative consumer protection segment "Call Christina."