Publix will prioritize teachers for COVID-19 vaccines, which may mean fewer shots for others

Swells from Hurricane Lorenzo expected along east coast of US

Hurricane Lorenzo is setting records for intensity in the northeastern Atlantic.

Swells from the giant storm will be felt along the east coast of the United States.

HURRICANE LORENZO peaked at an incredible 160 mph, Category 5 yesterday in the far eastern Atlantic Ocean. What made it so exceptional is that no hurricane in the record book has ever been that strong so far east and north, where cool water usually keeps storms weaker.

The tropical disturbance from which Lorenzo formed was already large and well formed when it came off Africa.

The track that the atmosphere offered to the north happened to be over unusually warm water for that part of the ocean. So the combination of a strong circulation, ideal atmospherics, and very warm ocean waters created the superstrong hurricane. 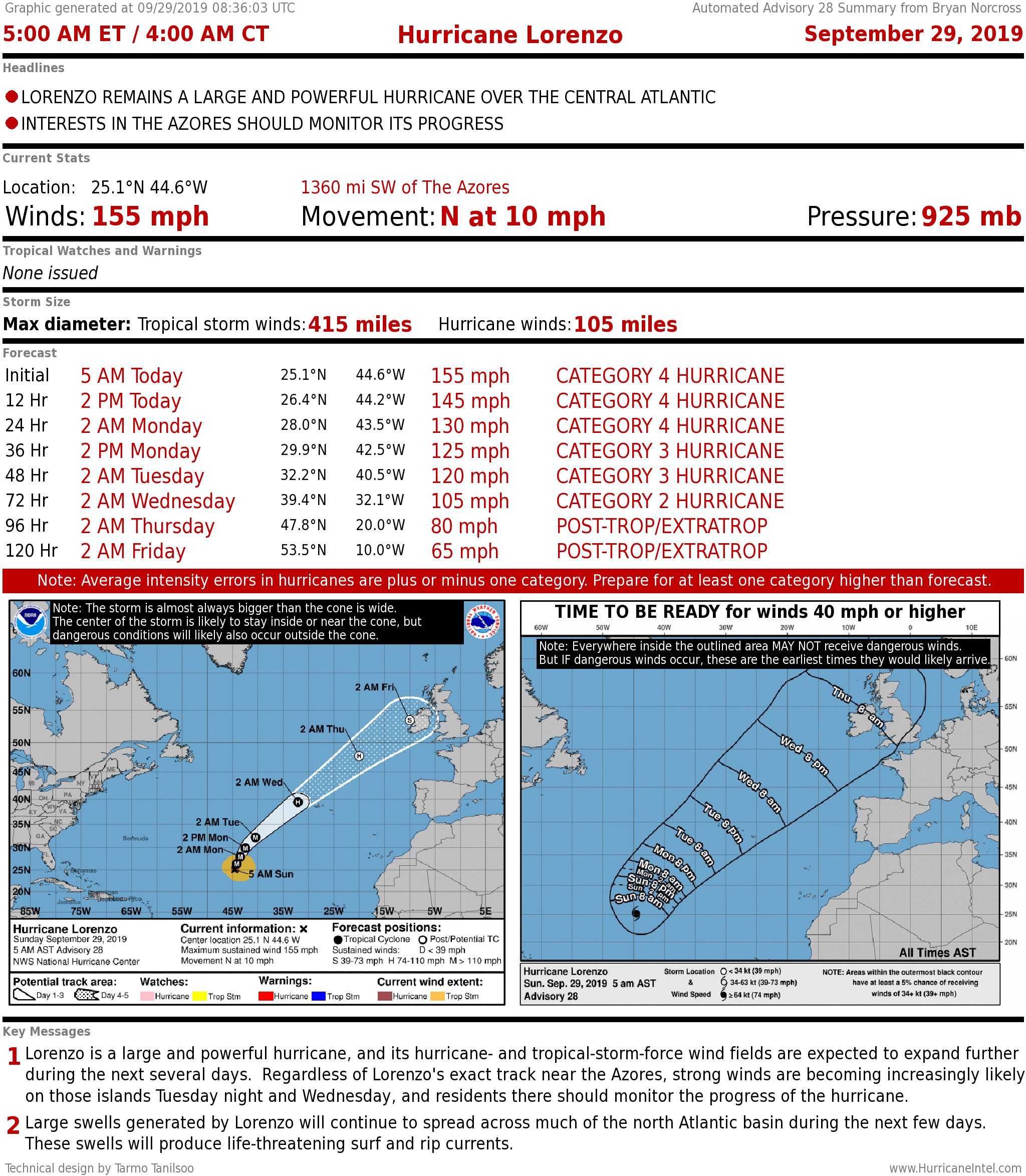 There has been a trend, in general, for unusually warm water to be farther north during hurricane season, which is contributing to stronger hurricanes at higher latitudes. Lorenzo is an extreme case of that, which may be a combination of the general trend and the random fact that the storm happened to track over an exceptionally warm pool.

After that, Lorenzo will transition in a North Atlantic winter-type storm, and may threaten the British Isles or northern Europe late in the week.

Large swells from Lorenzo will propagate all the way across the Atlantic and impact U.S. east coast beaches to the north of Palm Beach, peaking on Tuesday.

The Bahamas will block the energy from reaching South Florida, although rip currents from the strong onshore wind will still occur along the entire east coast of Florida.

The remnants of KAREN may get mixed into a moisture surge that is forecast to move across the Florida peninsula beginning about midweek, increasing the chance of rain.

ELSEWHERE, nothing is expected to develop in the tropics this week.