Reward of up to $5,000 offered for information about woman’s murder

Investment group fielding all offers for lakefront home listed at $299,000

LAUDERHILL, Fla. – The Lauderhill estate once owned by the late great comedian Jackie Gleason is back on the market at the asking price of $299,000.

Gleason, who would have turned 100 this Friday, died of cancer at the 14-room home inside the Hills of Inverrary community on June 24, 1987.

The 6,000-square-foot lakefront home at 3425 Willow Wood Road, affectionately referred to as "Glea Manor," was built by Gleason in 1971 after he moved from "the sun and fun capital of the world" in Miami Beach.

Deepa Lakhlani, of DL Investments, said her realty group purchased the home at auction in November. Lakhlani said much of the furnishings remain untouched from when Gleason lived there, despite being sold to Connecticut businessman Joseph "Chick" Celentano in 1992.

Gleason's wife, Marilyn, lived there for several years after his death before selling the home to Celentano for $450,000. Celentano opted to keep the house much the same as Gleason did when he lived there, Lakhlani said.

"One of the conditions she had was that he would maintain it the way it was, and so he kept it in tact," Lakhlani told Local 10 News reporter Todd Tongen.

The house filled with Gleason's personal furnishings, including a billfish that he caught and a meat slicer that he used for his home-cooked hams. It also contains a massive library with impressive law and reference books that Gleason never read, as well as a billiard room designed by famous pool shark Willie Mosconi, who was a technical advisor on Gleason's 1961 film "The Hustler."

Near the master bedroom is a private sauna. There is also a dining room that looks like a restaurant where Gleason entertained many of his famous friends.

Gleason apparently loved to drink. There are five bars in the home. Tongen found a custom bottle of George Dickel Tennessee whiskey, made especially for Gleason, at the main bar.

After Celentano died last year, the homeowners association was forced to foreclose on the property, which was placed up for auction and acquired by DL Investments, Lakhlani said. Now, Lakhlani has been "inundated with phone calls" from potential buyers and is "considering all offers."

For a home with "so much history behind it," Lakhlani said, the price is considerably less than what Gleason would have paid for it, but the HOA fee is more than $1,800 because the property sits on three lots.

"We are looking for a buyer with a very unique taste, one who can appreciate the historical value of this house," Lawrence said.

Gleason moved his popular variety show from New York to Miami Beach in 1964 and remained one of the most prominent South Florida residents until his death.

"The Jackie Gleason Show" was taped at what is now known as the Fillmore Miami Beach at Jackie Gleason Theater from 1964 until its cancelation in 1970. The Honda Classic, an annual PGA Tour golf tournament now played in Palm Beach Gardens, was founded as Jackie Gleason's Inverrary Classic in 1972.

Gleason died at the age of 71 and is buried at Our Lady of Mercy Catholic Cemetery in Miami. 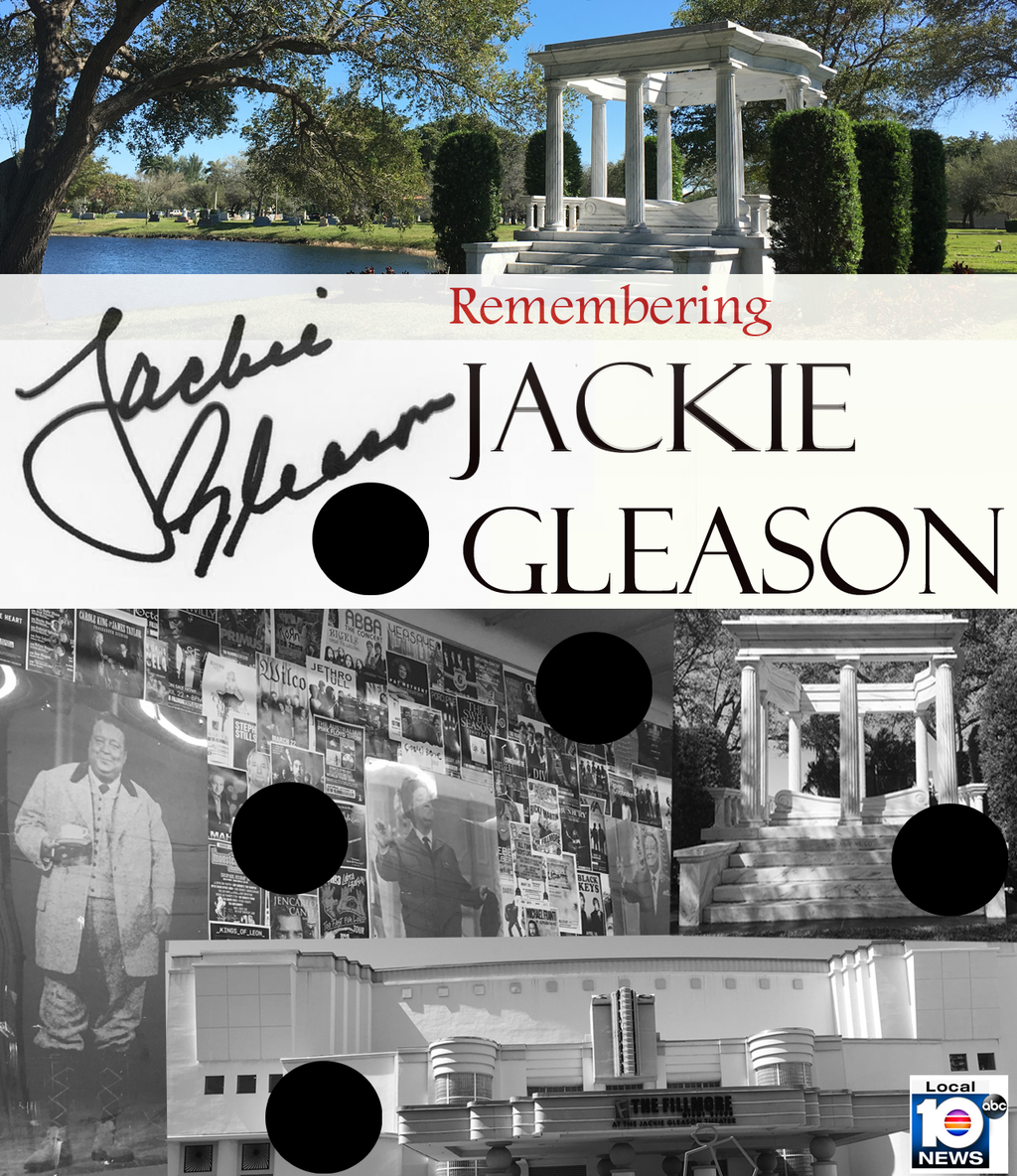